A dumb question, if you ask me, but a question people often as kin Brazilian Jiu-Jitsu. Often people ask if it is really true that the smaller person can beat a larger one based purely on their technical prowess. While it is a question I somewhat expect from absolute beginners, it is sometimes mesmerizing to witness those more experienced grapplers, purple belt and above, see things black and white. Technique vs. strength in BJJ is a debate that should be settled once and for all, and not in a movie-like and romantic fashion, but rather in a realistic one.

The cold hard truth is that most people in BJJ, or martial arts for that matter, won’t like the answer to the technique vs. strength in BJJ conundrum. I don’t care. If you want to really succeed in Jiu-Jitsu, there’s no place in fooling yourself, or worse, fooling others by selling movie-like quotes. Technique matters, but so does strength. That, we all know. When does one tip the scale though, and can we rely on one more than on the other while we roll or grapple in a match? These questions are not easy to answer, but I’ll do my best to paint a clear picture of my understanding of the subject matter.

Contents hide
Is Technique Enough?
When Strength And Physics Step In
Technique Vs. Strength In BJJ: The Final Showdown
All In All 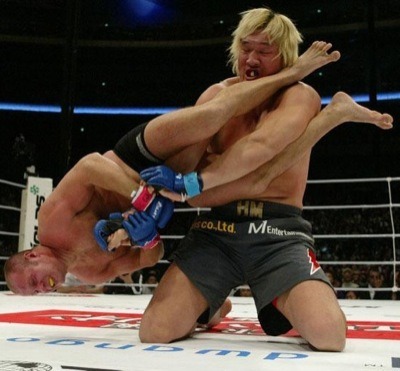 As a smaller grappler (around 150 lbs.) in an Academy that at a moment in time had nothing but bigger guys (and I mean bigger), I’ve had to rely on technique for most of my initial years in Jiu-Jitsu. Even then, I knew something was not right with the motion of the smaller person being able to use technique to beat bigger ones. It was clear, for example, that no matter how good I was technical, I’d never achieved anything against the huge blue belt who was clearly stronger and more experienced than me. That was acceptable. However, working against people that just showed up in the gym when I was close to, and eventually, a blue belt, got me to try and re-evaluate things.

For me, being exceptionally technical worked perfectly until I ran into a very strong, or a very big opponent. Even then, I could hold my own, but I couldn’t actually play my game. It turned into a survival battle, regardless of the belt level. Yeah, technique would get me success, but only when combined with cunningness and other things I’ll mention later on.

Let me make one thing painfully obvious in the “technique vs. strength in BJJ” debate– technique, whether it is concepts or learning moves step by step, is absolutely crucial for any type of success and progress in BJJ. If it wasn’t for technique, we couldn’t hope to pull off half the things we do. In fact, Jiu-Jitsu is so technical, that this is the part that confuses people the most. This confusion is partly to “blame” for why techniques work so well against people that have never seen them before. However, let me ask you this. If you do Guillotine chokes all the time and on everyone in the gym for a couple of months, do you think it will become easier or harder for you to get them after that period passes?

When Strength And Physics Step In

How do we define strength? It is the ability to exert a force against external resistance.  What is strength in BJJ? It is the same ability to exert force, but that exertion comes from the muscular action, and the resistance is a dynamic one, rather than static. While these two variables don’t seem like much, they make all the difference. Conversely, so does strength in terms of technique vs. strength in BJJ, but not in the way you’re probably imagining.

To figure out where strength factors in, let’s look at leverage first. Leverage is the action of using a lever (a rigid structure that is pivoted against a fixed hinge (AKA fulcrum). As Archimedes once said, “Give me a lever and fulcrum big enough, and I’ll move the Earth”. In other words, the lever multiplies the force you exert. It just so happens that exerting force is actually what strength is all about. Conversely, leverage, which is often touted to be the highest technical trait of grapplers, is actually a way to multiply your strength. You see where I’m going with this.

The bottom line is that technique will only work if you do. And, in order to do any meaningful work, you’ll need to engage your muscles so that they exert force against an external resistance. In other words, you need to use your strength to create a movement that is absolutely necessary for any technique in BJJ to work.

Technique Vs. Strength In BJJ: The Final Showdown

What the technique vs. strength in BJJ debate boils down to is not whether or not using strength can beat technique. It is how you use your strength that will determine who is the winner of a grappling exchange. 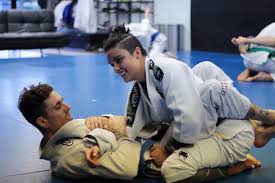 Can technique help you overcome strength? If you’re up against brute force, in most cases, yes. Why do I say most cases? Well, grappling a 250 lbs athlete is never going to work out for you, regardless of strength and/ / or technique. If you’re’ both at a similar level of Jiu-jitsu (I hate the term technically equal, because no two people are), the stronger person will win. Actually, even if they have no idea what BJJ or leverage is, they’ll once again most likely win if you just try to apply a technique. Even if you combine strength correctly to execute that technique, you’ll probably hit a brick wall. Pun intended.

If you, however, throw in that cunningness I mentioned earlier, now you have a system you can work with. The trio of cunningness, strength, and techniques makes for effectiveness. And if you ask me, effectiveness beats any of the three qualities that it consists of, faced head-on. Technique vs. strength in BJJ is just one aspect of the puzzle that is how to beat everyone you face, regardless of belt and size. The good news is that there is a way. The bad news is that it won’t be as black as white as you might hope.

Have you ever heard of the Japanese concept of “Seiryoku zenyo”? It translates (loosely) to maximum efficiency. That is what you want with your BJJ. Sometimes, you might hear it described as “lazy BJJ” too. IT is all about the same thing – an effective application of leverage. However, in order to achieve it, you’ll need to think more along the lines of technique vs. strengthen in BJJ, and more along the lines of strength + technique + cunningness in BJJ