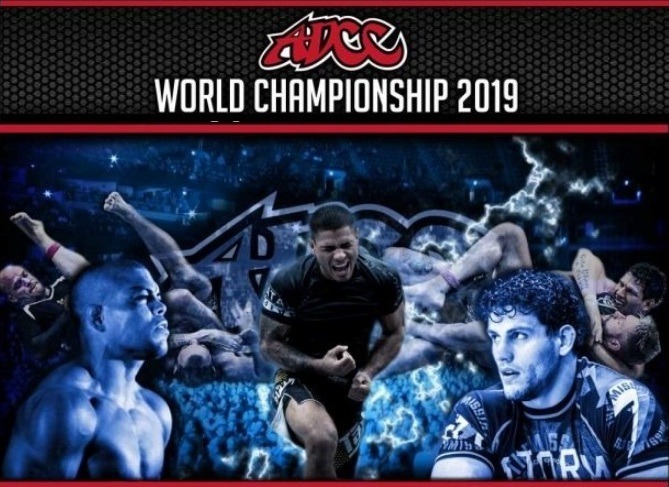 It is September 10th today, which means only 18 days left until ADCC 2019! SO far, we’ve seen the full list of participants, as well as several previews of some of the possible super fights within the divisions. As the No-Gi BJJ Olympics come nearer, though, we can explore one more aspect that we’ve never touched upon before. Today’s focus is not going to be on the event or fighters. Today, we’ll be going over the ADCC rules, breaking everything down to the tiniest detail. For those that are already well versed in the competition, there’s nothing new to learn. Still, the rules can sometimes be confusing to people, particularly as there’s no other promotion that uses the same format. WHIch is where we come in.

It is strange to think that just a decade ago the ADCC and all the other Gi tournaments where two completely different universes when it comes to rules. The rise of submission only tournaments, and particularly No-Gi sub only ones has definitely changed that. Nowadays, we have bran new rulesets popping p left and right. From game-changing formats like the Eddie Bravo Invitational to all-out craziness like Quintet or Subversiv. There’s no shortage of different rulesets nowadays, that’s for sure. In fact, even Gi tournaments today employ some innovative rule sets, like Fight 2 Win and Kasai.

That said, the ADCC has stood firm in that regard. It was the first (and for a  while only) tournament to allow all submission holds. Moreover, ADCC rules are very unique in the time limit as well as the scoring system. So, instead of being lost as to what is happening come September 18th, let’s brush up a bit on the rules an ADCC tournament format.

Before we go into the ADCC rules, let’s cover tournament format first. The ADCC or Abu Dhabi Combat Club tournament is a single-elimination No-Gi BJJ tournament that takes place every couple of years. It features 16 main brackets at different weight classes. Similarly to most other tournaments, there’s also an absolute division were the winners of each category meet and the end of the tournament. The 16 man brackets are decided by way of invitation and by way of trials. The first six spots of each weight division go to winners of the continental trails that take place during the period in between two ADCC tournaments. The rest 10 fighters from each bracket are invite-only, and usually, represent the best of the best in the world. The weight divisions are -66kg, -77 kg, -88 kg, -99 kg and +99 kg, for the males. 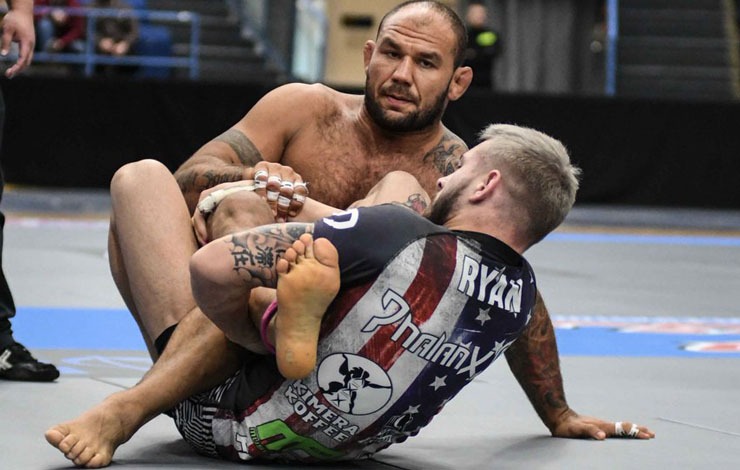 For the female grapplers, there are only two weight divisions, the -60 kg, and the +60kg. Unlike the men’s divisions, the female ones feature only 8 competitors per division. Out of those, 4 are Trails winners and others are invited. The only people guaranteed an invite are the reigning champions.  If a champion decides to switch a weight category, then another fighter is going to fill their place.  The grappler who won the absolute male division last time around doesn’t get to compete in the tournament. Instead, he gets superlight with an absolute champion of an earlier tournament or an of the highest-ranked grapplers of today. In this year’s ADCC Felipe Pena will take on the legendary Andre Galvao in the superlight.

When it comes to points, the ADCC is the perfect blend between a point tournament and a submission only one. This is all made possible as a result of the unique time limits of each round. The qualifying rounds last for 10 minutes. The final rounds, on the other hand, last for 20 minutes. What is also hugely important are the overtime rounds. Before the EBI format, ADCC rules were the only ones that allowed for overtime rounds. In the qualifying rounds, and overtime can last up to 5 minutes, and there can’t be more than two overtime rounds. It is the same with the finals, only the rounds last 10 minutes each. If there’s no clear winner at the end, a judge will decide the outcome. However, in ADCC tournaments, this is very rare.

What is unique about the ADCC rules is that during the first half of a match, (5 in the qualifiers, 10 minutes in the finals) there are no points. That mans the only way to win is by submission. Actually, in the final matches, only negative points count during this portion of each match. After the halfway point though, points come into play and can decide a match.

In terms of points, the structure of the ADCC is also a bit different from what we’re used to in Gi Jiu-Jitsu tournaments. Similarities include 2 points for knee on belly and 3 points for a guard pass. The mount position brings only two points though, whereas the back mount lands 3 but only if both hooks are in. A takedown or a sweep that ends in the closed guard or half guard bring 2 points each. However, a takedown or sweep that gets a competitor past the guard is worth 4 points.

This is where the fun really begins. The reason the ADCC is so famous around the world is that it has the loosest submission ruleset of all tournaments. Or, at least, it did. ADCC rules state that every submission you can think of, from the rear-naked choke all the way to inverted heel hooks is allowed. In fact, this is in the essence of every submission-only tournament that followed. EBI actually borrowed more than just the submissions rules from the ADCC, including overtime rounds in its concept.

The idea behind the ADCC is to promote submission hunting, as opposed to just positional point battles. In fact, the negative points strongly reinforce this. Namely, the negative points are awarded for pulling guard or sitting down, among other more common stuff like passivity or stalling. Plus, who wouldn’t want to end a potentially 20-minute match in just seconds by using every submission possibility there is in Jiu-Jitsu?

The ADCC remains, to this day, the biggest tournament in Brazilian Jiu-Jitsu. Regardless of what people say about the likes of the IBJJF Pans, Europeans or Worlds, they are all open style tournaments. For the ADCC you either get invited, or you have to win the Trials, which is not an easy thing to accomplish. The ADCC rules make the tournament that much more attractive and fun to watch. In fact, it is also much more fun to be a part of, as there is constant activity and submission hunting throughout. Not to mention that only the elite representatives of the sport get to compete, making it the highest-end competition in existence! And it is only two and a half weeks away!