You started with Jiu Jitsu and you’re training hard, you’re really trying, you aim high and you want to progress as fast as possible. So, what should you do and how?

You can see everywhere around people saying stuff like “stick to fundamentals”, “stick to basics” etc., and I can say it’s a good thing. You shouldn’t focus on “berimbolo” or “truck” when you start training BJJ, but the problem is when you’re just starting with Jiu Jitsu because fundamentals are something hard to learn.

It’s easy for your instructor to teach you an armbar from the closed guard, triangle or kimura. Your instructor can tell you do this like this, play guard like that, show you all the basic moves  but the real problem lies in your body. It’s on you how good you will use your body to be able to use all the techniques your instructor showed you. Your instructor won’t be able to teach you how to use your body properly. He can give you directions and concept what is important and what’s not, but your body and your movement is on you. We all have different length, different weight, different proportions and when it comes down to Jiu Jitsu it’s all about how you use your body proportions to control someone. It’s on you to think about your base, your weight and your positioning.

A lot of times I can see people in class that just fall on their butt when someone is drilling technique on them. For example, a guy is drilling an armbar from closed guard and the guy on top just fall on his butt every single time. And that’s the problem. You can’t lose base just like that, you have to THINK about your base, you have to make your body do what your mind wants. Don’t just accept “defeat” in this situation, think what you have to do to stay on top and do it. And there is no better time to think about your body movement than when you’re drilling. This is just one example and there are numerous examples out there and you just have to pay attention to them. I can’t say word “THINK” enough times as I want to so just THINK about what is good and what is not and do everything you need to do “good things”.

When you’re starting BJJ you often ask yourself should I spend more time rolling or studying. The guy that just roles a lot at the start will progress as fast or even faster than someone who study a lot. It’s not that I want to tell you shouldn’t study, but I want to tell you that you shouldn’t skip sparrings at the start because your body needs a lot of adjustments. You have to teach your body to move in different circumstances and different situations and that’s something that takes years to learn. That’s something that makes a difference. Of course, the fastest way to progress is to study a lot and to roll even more. And even faster will be to quit your job or school and do just BJJ. Just kidding 🙂

OK, now we know we have to think a lot about our bodies, our positioning, weight distribution etc. but what’s next?
It’s concept. In my opinion concept is always before technique. I’ll give you one example why is that so.
Let’s say you come to a class and your instructor show you 2 sweeps and 2 submissions from half guard. It’s great. You know 4 more techniques and you will probably use them NEVER.
Why? Because every time you come to half guard your knee shield won’t be there, you won’t control that far arm, or his far shoulder, you won’t frame your opponent properly, you won’t be able to stay on your side… You’ll end up flat on your shoulders, frustrated, thinking what would Eddie Bravo do in this situation.
Now imagine that you spent that time while learning those 4 techniques to learn half guard concept and how to act in half guard, how to stay on your side, how to control your opponent, how to relieve pressure, frame your opponent and just keep the position.
Imagine how strong your half guard would be if you’re just able to stop your opponent from squishing you inside your half or passing it?

Now we came to a point where we have good Half Guard retention and now is the time to add technique. If you add those 4 techniques now you will make good use of them. You will be able to execute them because you won’t have to panic that you will lose your half guard.
When you don’t have to think about defense you can go on offense.

Find your game and stick to it! No matter how technical or talented you are, you have to find what works for you. We’re all different and you can’t expect you will be able to do everything you want. If you have short leg,s it’s not secret that you will have a harder time to triangle someone. It’s not impossible, but maybe you will want to find something else, more suitable for you.
Try everything, experiment, because that’s what training is for, but don’t forget to look for your game and work on it. You won’t be able to find what’s the best for you in the first year or even in the first two or three years, but that time will come and you want to be sure that’s it.

Try everything, experiment, because that’s what training is for, but don’t forget to look for your game and work on it. You won’t be able to find what’s the best for you in the first year or even in the first two or three years, but that time will come and you want to be sure that’s it.
As much as it is important to work on your weaknesses that much is important to work on your strong points.
Maybe you won’t be able to answer because of the skill level of your opponent, but you need to be sure you know what to do and eventually you’ll be able to do it.
For example, it shouldn’t happen that one guy is doing all the times one pass to you and that you never ask yourself how to counter it. Ask your instructor, go home study, find it on YouTube or somewhere. Simply do anything possible to find a solution and don’t waste time. Every next time that guy pass your guard and you don’t know solution it’s a wasted time and you want to waste as less time as possible.

Wasting time is not an option. I know that people will say that it’s not about time, it’s about a journey, it’s about enjoying BJJ, but you’re reading this text because you describe yourself as someone that wants to progress as fast as possible so there is no time for losing.
Unless you’re just observing a class because you’re injured or something you don’t want to skip sparring, you don’t want to skip drilling or just look around. There is no sentence like “I’m tired I’ll skip this sparring”. No, that sentence is usually used by people who wants to be 100% ready for their next sparring to dominate someone and that’s WRONG! When you’re tired that’s the best time to work on your technique as you don’t have strength to do anything else. Use it, it’s precious time for your progress.
If your training partner is taking some pauses while you’re drilling technique you know who you won’t drill with next time. Try to avoid sparring with people that quits in the middle of sparring because they just feel tired or so.
Even if everyone is just sitting around doing nothing, there is always an opportunity to learn something. Look where your professor is and ask him some questions that you prepared for him before the class even started. Also, try to show people some technique that you’re sure you know because when you’re showing techniques there is so much more details coming to your mind that you couldn’t see before.
It’s simple. Do whatever it takes to use every second of your class time to your advantage. No matter how radical this may sound to you, it’s the fastest way.

There is a lot more stuff for the faster progress in BJJ and I could probably write for the next few days about it but these are some guidelines you want to follow.
There is an also very good article about 25 reasons why you don’t progress as fast as you could that fulfills this article and you can read it HERE.

Just remember that “there is no shortcut for hard work“, you just have to train a lot and at the end, that’s probably the most important thing for the fastest progress. Also, we all don’t progress at the same speed so don’t compare yourself to people around you. As the old quote says: “The only person you should compare yourself to, is who you were yesterday” but you can make yourself today much better than you were yesterday if you try hard enough. 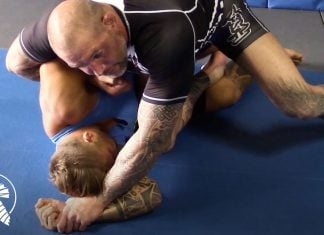 0
Wrestling is undoubtedly a martial art that has shaped the world of modern martial arts. From ancient Olympics to modern-day MMA fights, wrestling has...