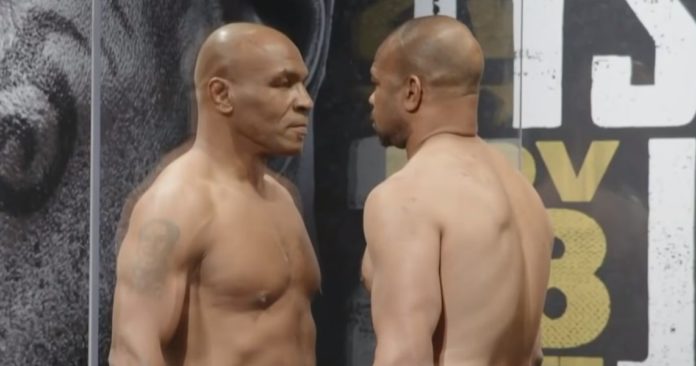 A very entertaining eight short rounds were done by Mike Tyson and Roy Jones Jr. in this long-awaited exhibition match. Without any restraint, the two boxing legends did their best, to the satisfaction of the fans in front of the small screens. There were no official referees, and those hired by the WBC scored a draw at the end of the match, which is certainly the fairest decision for such an opportunity.

Tyson started in his familiar style from the first second, aiming to get into the opponent and hit as many shots as possible, while with Jones we saw his familiar stance and evasiveness from the start. However, it could be noticed very quickly that they did not have the speed they once had. However, there was no restraint or calculation, from the beginning they both went for the victory.

Tyson certainly showed more desire in the first rounds, and there was anger on his face, which he managed to bring into the match this time as well. The first rounds certainly went to Mike, as he worked better and more, while Jones very often responded with a clinch. Roy got involved more seriously in the match during the third round when Tyson’s punches began to be predictable. The evacuations of the middle category legend were recognizable and with the shots from the counter he started to frustrate Tyson, who continued to attack, but without as many results as at the beginning of the match. There were some good exchanges at times, but every round except the first two was hard to score.

We saw part of old Tyson at the beginning of the sixth round when he threatened Jones with a blow to the body, but with that, he seemed to wake him up and Roy then fights back with a few of his specialties. The round was closed with another great goal by Tyson, after which the last two sections were entered. Seventh was certainly the best in the match for Jones, who kept more fitness and actually dominated those two minutes, while in the last section they both left the last atom of strength with a few changes and the match ended with the satisfaction of the fans. Tyson was not happy that the match failed to end, but Jones had no intention of allowing it.

The California Sports Commission, as announced, did not declare a winner, while the scores of the WBC’s “celebrity” judges were split. Christy Martin scored 76-76, Vinny Pazienza ruled six rounds in favor of Jones, while in Chad Dawson’s opinion Tyson took just as much. The match ended without a winner, which is the fairest thing to look at in the ring.

Fans will probably be satisfied with the show in the end, and Tyson said immediately after the match that he was ready for a rematch. He has announced that this will not be his one-time return and intends to abide by it. With an audience in the hall, it would definitely look even better.