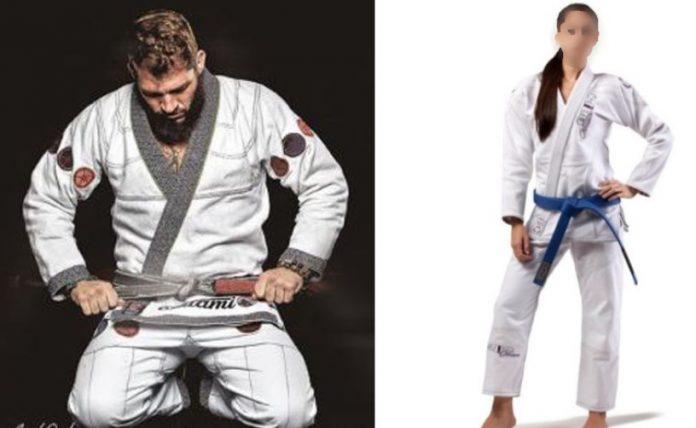 Mike Fowler was accused of sexual harassment of a female BJJ Student. She wrote about it on Reddit and she even put the pictures of a naked Mike Fowler. 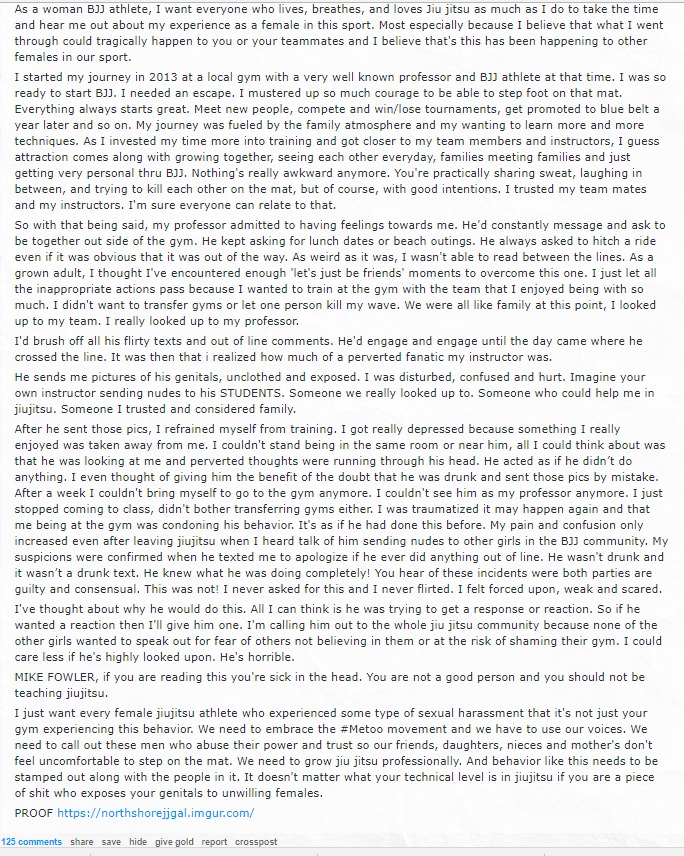 Some BJJ sites announced this story now but this is actually a 3 years old thing. This happened back in 2015 and Mike Fowler gave a statement on his Facebook Profile a few hours ago.

“There are articles being shared about my behavior. I won’t deny improper conduct back in 2015. No excuses. And those I was wrong too, I apologized. There are two sides to the story, but it doesn’t justify anything. I’m glad my actions were brought out because it made me take a look at myself. That wasn’t who I wanted to be.
In 2013 I found out I wasn’t the father of my child and he was taken from me, never seen again. I had every thought of suicide to fighting in court to try and be in his life.
I didn’t have the funds to back this. So I left Hawaii with my mind a mess. I didn’t want my role in life so I tried not to be that. I just gave no cares in the world since I felt my own was taken from me. I was hurt. And hurt others in return. Again I have apologized and Attempted to move on by being a better person and staying a positive path. My actions during that time don’t defy me. And I never shied away from my mistakes. All I can do now is be better each day than who I was before.”