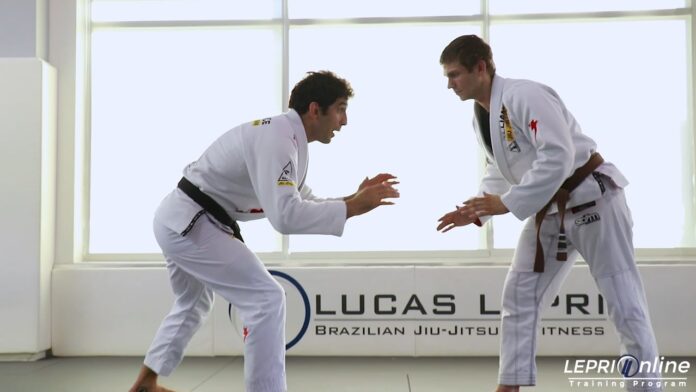 Training takedowns is hugely underrated in Brazilian Jiu-Jitsu. We’ve covered the subject many times before. Most people lazily start from the knees and like to do pointless spinning like Berimbolos much more than figure out ways to take another person to the ground from standing. That is why looking at most, from white to black when they start a match standing is nothing short of funny. And yet, people avoid training jiu-jitsu takedowns almost as much as they avoid BJJ warm-ups. While you might not want to actively engage in takedowns if you want the right to pull guard you have to earn it first by learning how to defend takedowns.

If you think BJJ is hard, you have never tried to wrestle a day in your life. I’m not going to go down the rabbit hole of different sports, different goals, and all that jazz. The bottom line is that wrestling is hard physically and mentally because it is based on simple things that you want to accomplish. Those things are getting someone down to the ground primary and pin both their shoulders, secondary. As simple as it sounds it is extremely hard, mostly because the other person is resisting and trying to do the same to you. And yet, whenever BJJ folks engage in takedowns, they act as if they have never tried their hand at them. Apart from the less than the optimal methodology of training Jiu-Jitsu takedowns, another huge thing is missing – takedown defense.

You Don’t Have To Be Good At Takedowns

Finally, something you wanted to read. It is true though, you don’t have to be good at takedowns to be successful at any level in Jiu-Jitsu. Of course, being good at them will help and it is so much fun once you get into it. However, they are definitely not something you must have in your arsenal. At least not in terms of offense.

Unlike most grappling arts and combat arts that involve grappling, BJJ has a sneaky back door when it comes to avoiding takedown battles – pulling guard. It is something that is specific to the sport, and as such, might even be considered a takedown of its own, even though it won’t earn you any points. Basically, it is the easy way out of having to trade takedown and throw techniques with someone. However, the moment you come up against someone who has elite-level takedown abilities (and there are plenty of wrestlers and Judokas in BJJ) you won’t even have the time to think about ta guard pull, let alone do it.

That brings us to the one absolute must in the realm of Jiu-Jitsu takedowns – defense. If you can stay on your feet and fend off attacks, you can hope to get a takedown of your own or do a guard pull if that is what you prefer. In terms of the guard pull, though you will have to earn the right to do it. the best way to achieve that is by really focusing on developing immaculate BJ takedown defense. 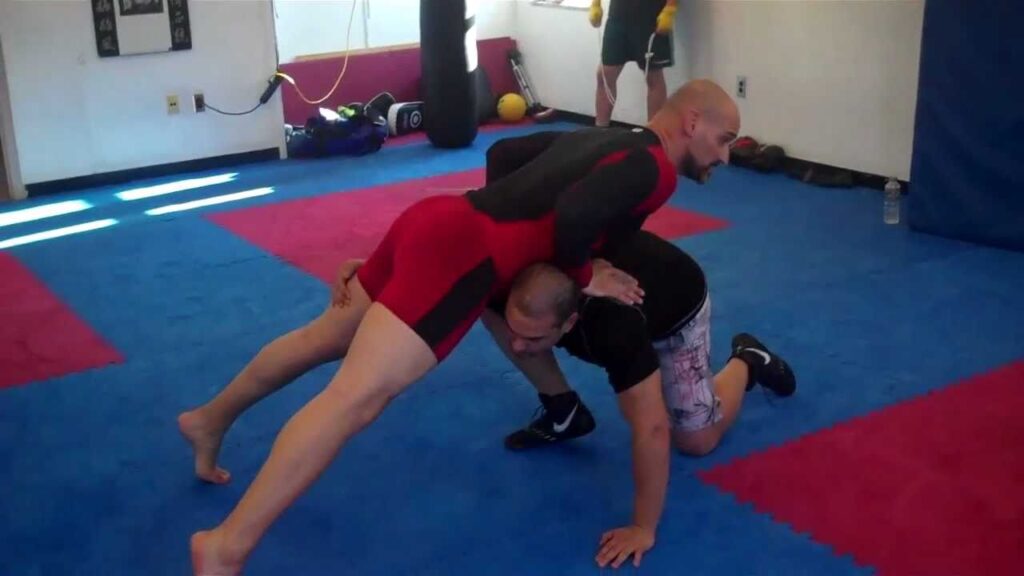 The Basics Of Jiu-Jitsu Takedowns Defense

When it comes to Jiu-Jitsu takedowns, there are several aspects you need to be aware of. For the most part, takedowns will come in the form of wrestling and/or Judo attacks. That translates to lower body attacks (from the waist down) that wrestlers like, or upper r body throws that are common in Judo. Of course, you can’t only rely on this categorization, given that Judoaks have nasty sweeps, and wrestlers have the underhooks and front headlock game that will allow them to toy with you if you don’t expect it. So, how do you approach takedown defense in Jiu-Jitsu?

Grips are the absolute first thing you should worry about. Whoever wins the grip fight, will wind the takedown battle. In fact, it is the same as on the ground. What is it that you’re looking for in terms of grip fighting? Gi or No-gi, your goal is the same, and that is to have your grips in the inside space of your opponent. Those outside grips (like the below or forearm Gi sleeve grip) everyone loves are useless. Instead of just gripping for the sake of it, win the grip fight in a meaningful way.

Next up are your hips. Wrestling or Judo, if someone can’t get to your hips, they’ll have a hard time taking you down. Moreover, you’ll have an easier time pulling guard. Sprawls are the obvious thing movement-wise, but there are also other ways to make your hips inaccessible, involving arm placement and angles (which will be discussed below).

The third thing you should always have in mind is levels. Sometimes people won’t attack using grips on your upper body, or look for your hips. There are instances where people go all the way to the ground, looking to ankle pick, doa low single, or spin into Imanaris. Being aware of the level that your opponent is operating on is one of the crucial aspects of Jiu-Jitsu takedowns defense.

Let’s bring a bit of order to takedown chaos. Before you even think about grips, make yourself unavailable for the grips opponents that love takedowns will most certainly look to use. First up, you need to have proper posture. head up, hips slightly underneath you and forward, eyes looking front. This will make you very hard to bend down or pull forward. Another key moment here is keeping your back arm with the wrist glued to your thighs. This both reinforces the posture, takes away gripping options, and protects the hips. And this is all before you even engage.

Since the chaos of Jiu-Jitsu takedowns is not as scary now, let’s go further. Once you have your p[roper posture and arm placement, notice where the opponent si in relation to you. For a guard pull, you will need grips, but you must not reach to get them, o you will open yourself up to takedowns. Controlling the distance will allow you to frustrate opponents, and decide when to take action yourself.

This brings us to angles and the all-important footwork. whenever you’re engaged in a standing exchange, having your hips square is a very bad idea. That means that a staggered stance is am just, but you must not have your legs too wide apart either. The distance you make when you do a step is more than enough, It will also help you define which is your back arm (you need to have that one glued to your hips, remember). From there, aim to be at an angle to your opponent, looking to move away from their lead leg and ar as much as you can (since we’re talking defense). Stay on the balls of your feet, knees slightly bent and retain the posture at all times.

All of the above will make you notoriously hard to take down. 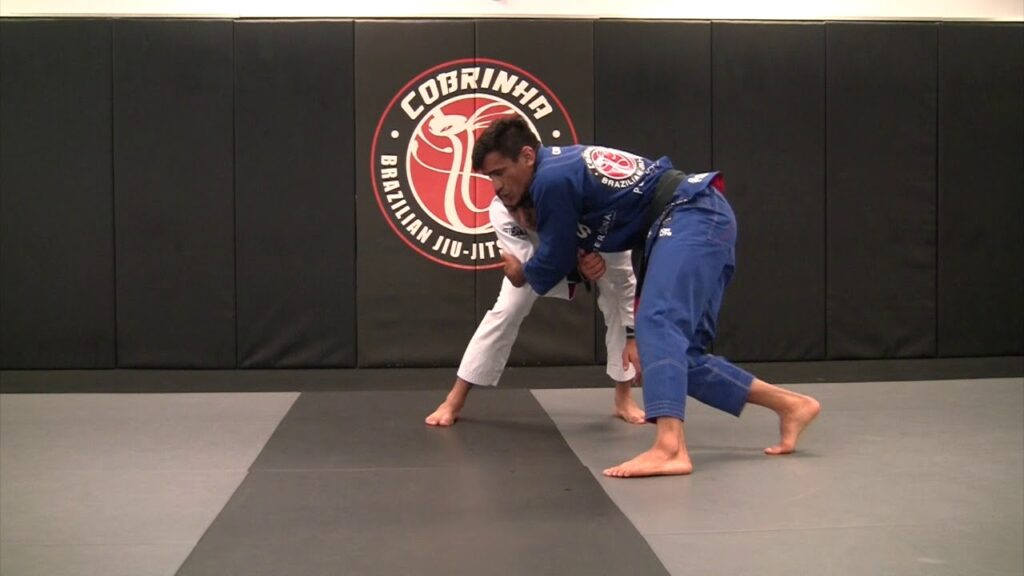 Training Jiu-Jitsu takedowns does not have to involve countless hours of trying to throw and wrestle people to the ground. You can get away with pulling guard at will, as long as you can stay on your feet long enough to set it up. That is exactly what takedown defense provides you with. So, the first thing to know about BJJ takedowns – don’t get taken down!