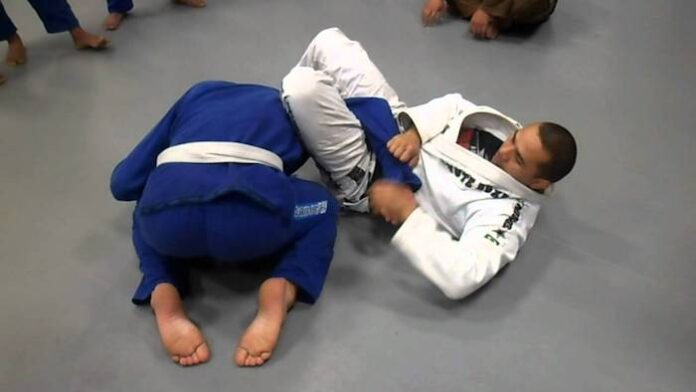 What is the definition of advanced Jiu-Jitsu? Don’t answer immediately, but think about it a little bit. Is it doing the most complicated thing possible and making it work against everyone? Or, is it doing the very basic agent everyone, despite them knowing what you are doing. To be honest, I doubt there is one precise definition as to what advanced Jiu-Jitsu is, but if I had to choose I’d with the power of deception. Like having a powerful foot lock finish in mind when you’re starting off an armbar attack from the closed guard.

While submission chaining is a thing that usually upper belts focus on, that does not make it advanced in terms of Jiu-Jitsu. On the contrary, sequences and chains as moves stringed together are quite predictable and not hard to deal with. Looking for loops that have moves tided together so they’re is primarily no escape, and then looking to trick your opponent into defending everything but the move you’re actually attacking with is what Jiu-Jitsu is truly about. Those sneaky transitions that seem like they’re impossible, like a foot lock from an Omoplata are exactly what shows how much someone understands and can actually use BJJ.

The Secret Of Advanced Jiu-JItsu

If there is one thing that all advanced Jiu-Jitsu athletes have in common it is their smart, and above all efficient, use of transitions. A transition should not just happen as a response to your opponent’s movements – it is a valuable tool for both offense and defense. Transitions are basically opportunities to get what you want while an opponent can’t defend it, regardless if they’re aware of what you’re setting up or not. Moreover, they’re never-ending and are actually what makes all those submission chains and move loops work.

A hugely important lesson to learn in BJJ is that you set stuff up during transitions. Any attacks from a foot lock to a choke will work much better if you set everything up during a transition and simply finish the moment movement stops. In fact, transitions, in this case, are windows of opportunity that actually open up the possibility of submission. Thinking like this means you won’t expect any movement to end before you start another one – that is what advanced Jiu-Jitsu is all about.

One more thing that defines advanced BJJ is the ability to keep an open mind. Combining old school BJJ with all the modern things cerates a blend that will keep people guessing all the time. Moreover, introducing elements from other grappling martial arts into your game, like wrestling, will further open up chances for you to do whatever you think of. A foot lock can easily turn into back attacks or even a lapel guard that might end up back as a leg lock after a front headlock attack. Just an example. 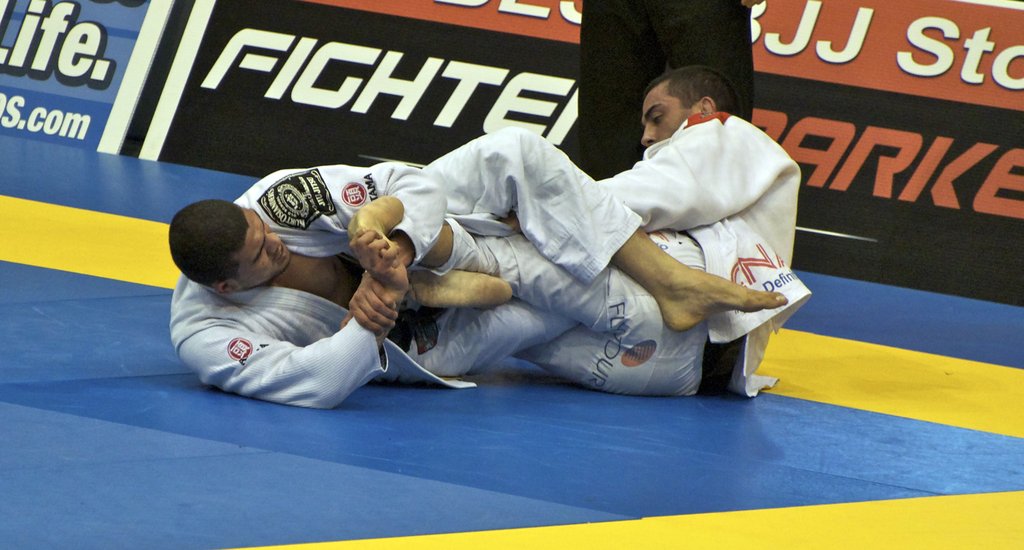 Can you do leg locks from the close guard? Sure you can. You can even be direct about it, but we’re looking into advanced Jiu-Jitsu and transitional attacks today, so we’re going to be all sneaky and deceptive with our setups and end goals.

The closed guard is a position of strong control for the bottom person because of the inherent deep inside control it provides, as a result of the placement of the legs. It is perfect for both BJJ and self-defense because it gives you access to the upper body of an opponent. What it also does is trap the legs of the top person. As good as that is to prevent kicks, it does present a slight challenge when hunting for a foot lock. This is where transitional attacks and advanced Jiu-Jitsu come into play.

In order to get a foot lock, you need an Ashi Garami. To get an Ashi Garami, you need to get control over one leg, which is very difficult when that leg is bent and on the ground. the solution is easy – threaten with other things to cause the person to lift their leg and provide you with the option to get what you want. It may be an upper-body submission (cross-collar choke, armbar, Omoplata) or a sweep. Transitions will allow you to get your foot lock unimpeded, and you might even get a tap along the way if you catch people completely off guard.

Let’s take a look at how you can put all that was discussed together through a very precise example. We’ll look at how a foot lock setup from the closed guard works. It will start with an armbar, include a scissor sweep, An Omoplata transition, and eventually, the easiest Ashi Garami entry and subsequent foot lock of choice.

From a closed guard, start off setting up your favorite armbar. It is a more or less telegraphed attack that will cause people to withdraw their arm. That right there is the chance for a transition. As they withdraw, follow with your body. That will get you the right angle and shorten the distance for establishing a pants grip on one leg. Ten, use the far leg to threaten a scissor sweep. You guessed it, this is only to elicit another response that will get you a transition you want – towards the Omoplata. A simple switch to the hips is all it takes for you to do a slight adjustment and send your opponent posting on the ground.

From there you could go for the Omoplata, of course. The options that open up, though, traditionally speaking are foot locks and/or triangles. Since we’re going for a foot lock here, placing both your feet in the armpit of the arm you’re controlling is all it takes for you to comfortably slide into Ashi Garami. It would be redundant for me to tell you which foot lock to finish with, given that this was always the goal, right?