The power of Jiu-Jitsu is immense. Reading this statement the first time, you’ll most likely connect it to the self-defense, or sports aspect of BJJ. You wouldn’t be wrong, as the art does offer great superiority in both instances. However, BJJ runs much deeper than that. I’ve said it a thousand times before, Brazilian Jiu-Jitsu is not just a sport, it is a lifestyle. That said, BJJ has a whole host of positive benefits, both on the individual and the community as a whole. In recent times, we see more and more integration of Jiu-Jitsu in different aspects of daily social activities. And the benefits are enormous. From providing much-needed training fro law enforcement, through BJJ college classes all the way to Jiu-Jitsu projects that change, and even save children’s lives. That’s how powerful Jiu-Jitsu can be.

Social projects nowadays are so numerous and widespread, that it is impossible to keep a track of them all. That allows a few rotten apples to sneak in among all the well-doers and cause a bad name and skepticism. That said, most social projects are run with the goal of helping a certain category of people. Among those in need, there’s no category that’s in greater need of attention than children. Regardless fo their life circumstances, social projects can give them purpose, motivation, and much-needed education. In that sense, it is not really important what they do, as long as they get a positive outcome. Among all the projects out there today, we are starting to see several Jiu-Jitsu social projects as well. And they’re not only changing the landscape of BJJ, but also the lives of children that are in need.

What Are Jiu-Jitsu Social Projects? 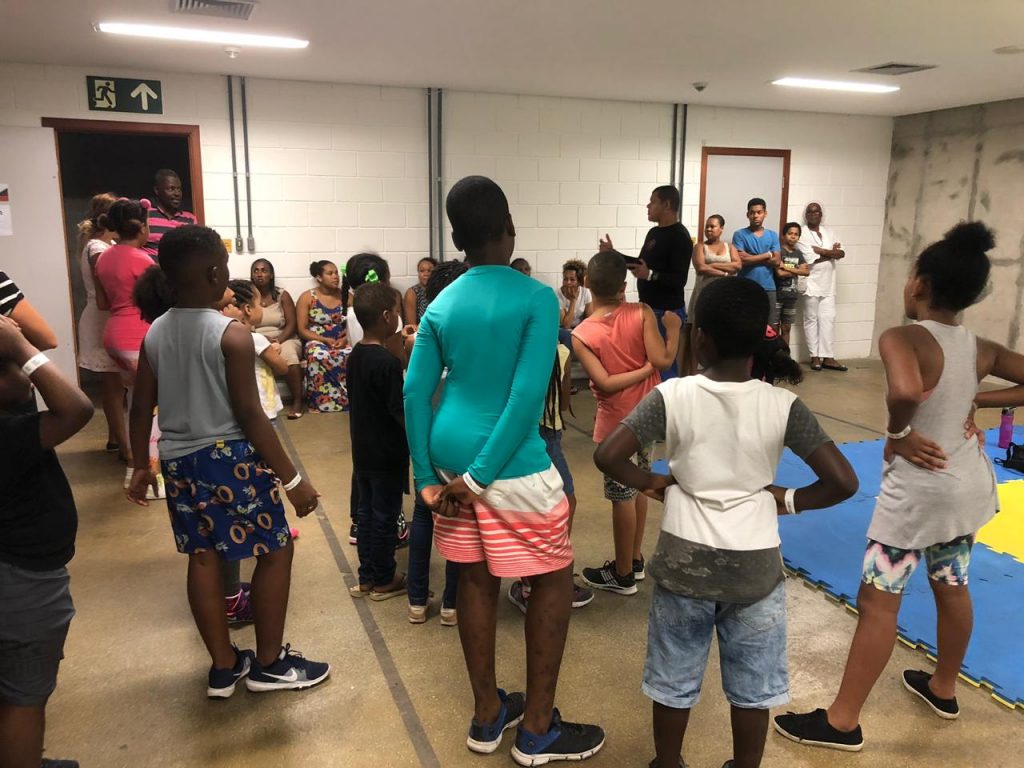 At the moment of writing this article, there are several Jiu-Jitsu social projects out there that are active. I will write a bit about each and everyone I could find while doing research on the subject. However, I am aware there are many more, so if anyone ikes to share their experience on the subject, feel free to voice your thoughts. That said, Jiu-Jitsu social projects work in the same manner other social projects do. They tend to improve every possible aspect of the lives of children that have unfortunate fates. Whether it is poverty, abusive parents, lack of parents or all of the above, JIu-JItsu can help steer kids in the right direction. Particularly in difficult living environments, like the favelas of Brazil, for example.

In regard to what was previously discussed, about the bad intentions behind some of these projects, the ones we’ll share today have been vetted and proven to be legitimate. One huge reason for this is that the people behind them all come from difficult backgrounds, just like the kids they’re trying to help. Knowing the power of Jiu-Jitsu, these people have selflessly ventured in teaching other kids a positive and sustainable way of life with the aid of the Gentle Art. As these projects gain in size, entire companies, brands, etc start to get involved, allowing the projects to widen their influence. The one thing they lack is exposure, which is the goal of this particular article.

I came by the fact that these Jiu-Jitsu projects exist purely by accident. I saw a story by BJJ World champion Claudia Do Val about one of them and started digging deeper. For such noble ventures, these projects get very little public recognition. And it is time to change that.

The Raiz Jiu-JItsu project is centered in Salvador, the capital of the Brazilan state of Bahia. The man behind the project is Prof. Lilito Rocha of Raiz Jiu-JItsu. He himself had a tough upbringing, fighting a lot in school. That is when he discovered JIu-JItsu and his life of violence wen in a different direction. He found meaning in the Gentle Art and is now trying to make the same happen for vulnerable childrenRocha has been a part of the project for almost 5 years now, helping it grow and yielding amazing results. A non-profit organization called Renovacao is behind it.

With the help of the Bahia Jiu-Jitsu Federation, they are able to provide a lot for the children. They make sure there are food, much-needed medicine and even Gis for the children to train in. The children in question are usually orphans, victims of domestic abuse, kids of addict parents, etc.  There are also those children that have been involved in drugs, alcohol, and gangs themselves, even as early as ten years old. The goal of this Jiu-Jitsu social project is to help the kids, provide them with a purpose and a way out through BJJ. IN short, this project is changing children’s lives and offers them a much-needed support system.

Filhos do Tatame (Portuguese for Children On The Mats) is actually an extension of the Raiz Jiu-JItsu project, run by purple belt instructor Marcão in Bahia. Marcão had to leave his team in order to pursue the project, but he fulfilled his dream. With the support of the Raiz Jiu-Jitsu team, he now has a full-fledged training center inside the Arena Forte center.

This project is another one that addresses vulnerable categories of children in Brazil. This time, it is Rio Grande do Sul and the person in charge is Eduardo Oliveira. Similarly to Rocha, he grew up ina rough community that is heavily involved in drug dealing. Kids as young as 12 get into the world of drugs and there’s hardly a way out. Eduardo himself was saved by Jiu-JItsu and is now doing the same for others. 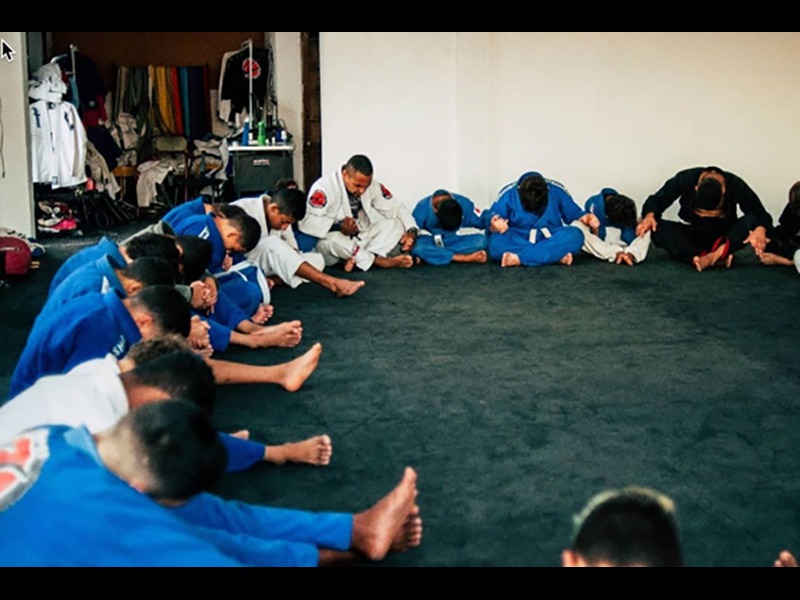 He started off using battered mats and old Gis in order to attract children to something different. His project now has a decade under its belt and now has 200  students in two different locations. Eduardo teaches for free and he even offers living space to 18 kids that he has basically adopted. He has had a lot of help from Jiu-Jitsu Tribe in particular, and they still have an active fundraiser if you’re interested in helping. Just go to https://jiujitsutribe.org/gaditas/.

Tererе is a legend of the sport and certainly one with lots of baggage. Coming from a favela himself, he had every imaginable problem that follows. He even had a really serious drug problem years into his JIu-JItsu journey, after receiving a black belt. IN his case, JIu-JItsu helped him twice. So, the Terere kids JIu-JItsu social project has been going on for more than a decade now. Terere’s own Cantalago community in Ipanema is the center of the project. There, children train for free, and the project provides everything through donations. IN fact, donations allow them not just to keep the project alive, but also compete at least once a month. Plus, Tereре has a legendary status in the community similarly to his status in BJJ and that helps a lot.

I’ll only touch on this Jiu-Jitsu project briefly, as we already have an entire article on it. Ricardo Liborio has managed to introduce a Jiu-Jitsu class into the curriculum of the University Of Central Florida. The class is even credited with two points counting towards graduation. Inspired by earlier success stories of BJJ in education, mostly in the UAE, Liborio created the Resenha Series to try and do the same in the USA. Read more on the subject in our article HERE.

It is obvious that Jiu-Jitsu social projects havе a lot to offer, particularly to those most vulnerable Not to take anything away from all other social projects, but BJJ does offer something different. Moreover, it is the complete package, coming with physical activity, positive mental attitude, great lifestyle habits, etc. It may even offer a job in the future, whether in competing, teaching or carrying on with projects. The power of our sport is immense, and we need to keep spreading it around. Oss!