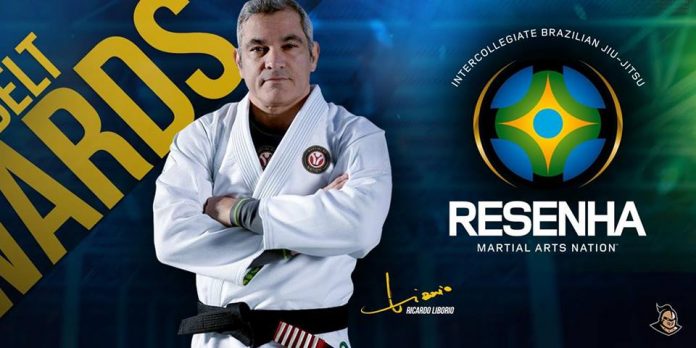 Would you take a Jiu-Jitsu Class in college? If you already train BJJ, the answer is an obvious “Yes”. Well, what if I told that future could hold not only Jiu-Jitsu classes that are available in college, but also credited? It’s a brand new world, and grappling is wiggling its way into every aspect of it! About time, right? Now, if you’re lucky enough to be a student at a certain Florida university, you’ll be able to choose a Jiu-Jitsu class and get credit for it! Not only that, but the class is about to be held by a world champion who intends to get other world champions to hold seminars. And you won’t have to pay a penny for it!

Integrating Brazilian Jiu-jitsu into the educational system is something people have been trying for years. At certain spots around the world, there are already programs that have been working for years. The result, as you’ll see later, is more than impressive. The next big step would be to integrate BJJ into the main curriculum of high schools and universities across America. As of now, they are a part of after-school programs in certain places. Now, it seems, the first college credited Jiu-Jitsu class is about to become a part of the day-to-day curriculum.

Contents hide
Jiu-Jitsu In The Educational System
The Liborio Project: A Credited College Jiu-Jitsu Class
What Can Jiu-JIisu Teach Students?
In Conclusion

Jiu-Jitsu In The Educational System

You’d expect the country to pioneer integrating Jiu-Jitsu into a school program to be Brazil. Well, you’d end up wrong, very wrong. Instead, it is the UAE, who has Brazilian Jiu-Jitsu as a national sport, that also has it as part of their school program. In fact, BJJ has been part of public school programs since 2008. Schools in the UAE that feature Jiu-Jitsu classes number well over 150 now, and have around 100.00 enrolled students! The program targets kids in grades ranging from 6 to 12. The teachers of these classes are Jiu-Jitsu experts and high-grade instructors. 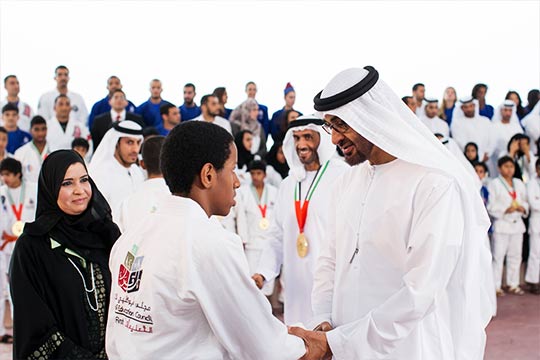 In the US, as of now, there are a few examples of BJJ in the curriculum of high schools. LA’s Baton Rouge BASIS Charter School opened up it’s doors to a Jiu-Jitsu class as part of the curriculum since the Fall of last year. Other schools across the states have after-school programs that include Jiu-Jitsu classes. They are, however, recreational.

The goals of integrating Jiu-Jitsu into school curriculums are multifold. First up, they are intended to inspire self- development and enhance fitness, health, and discipline. of course, there’s also the self-defense aspect to it. Goals also include raising the awareness of Jiu-Jitsu and turning students onto a sport that they could choose to represent at a national or even world level. Goals also include the development of crucial motor and coordination skills, that seem to be on the decline with children nowadays.

Currently, a common practice across the US, excluding certain isolated examples, is that schools are open to Jiu-Jitsu, but only as an after-school activity. In essence, this means that it is completely recreational and there’s no motivation for students to enroll, apart from individual reasons. The after-school Jiu-Jitsu program in Orlando, for example, is one that includes 8 high schools as of October 2018. The man behind this initiative and its realization is World Champion Ricardo Liborio.

Liberio also initiated the inclusion of a  Jiu-Jitsu class in the main curriculum of the University of Central Florida. The class is going to be credited with 2 credits and will be an elective course, at least in the beginning. Since it is credited, the class will in fact count towards graduation, for students that choose to take it.

Liborio’s latest efforts come in the form of the Resenha Series. What this is, is an activity to raise awareness about Jiu-Jitsu throughout Florida. It intends to do so by way of a series of seminars and open mats. The series will feature a bunch of world champion grapplers, the likes of Rodolfo Vieira, Gezary Matuda and Jacare Souza.

Expectations are high from this inaugural college Jiu-Jitsu class that now brings credits. So far, BJJ in schools, regardless of the level, has proven as a successful idea. Only time will tell, but we could be on the verge of something huge for both BJJ and the educational system here.

What Can Jiu-JIisu Teach Students?

The lessons students of all ages can elan from Jiu-Jitsu are numerous. Physical and intellectual development of people is the major obvious benefit. BJJ is an art that contains a deep philosophy, and not just a fitness course. That means the emotional development of a kid, high school and college students along with essential life skills are also a big part of the subject matter.

What BJJ also brings to the table are interpersonal relations from a much different aspect than the classroom. You learn how to engage with people in situations where you are in different situations and with different outcomes. A hugely important lesson is also the lesson of persistence and progress. the more you stick with BJJ, the less you suck and the better you get. Life is much the same. There’s dealing with pressure and comfort too, which is immense, particularly if you get to learn it from an early age and in a safe environment.

There are a host of other lessons that Jiu-Jitsu can tech people that are a part of the educational system. Examples include confidence, discipline, determination, commitment, respect, sportsmanship and plenty of others. It remains to be seen not if, but rather how fast this Liborio initiative is going to catch on!

As grapplers, we’re all highly biased on the subject of integrating a Jiu-Jitsu class in the regular curriculum. But, what we’re also certain of, is that the Liborio initiative will pay off. People will see how much BJJ can change their lives. The best thing about it is that they’re all be able to access it right through the school system and reap all the positive benefits! Brazilian Jiu-Jitsu, welcome to the educational system!