Brazilian Jiu-Jitsu is an art where you can choose to play countless tactical combinations. You could be an aggressive fighter, asserting dominance from the get-go. You can choose to be the explosive counter fighter that takes everyone by surprise. Perhaps, you like to be a more defensive player, and completely nullify your opponent’s game. Whatever your tactical plan, one thing is clear – at some point you’ll have to attack. Otherwise, you’ll lose the match, in one of many ways possible. To that extent, the BJJ attack tactics of advanced and beginner students are as different as black and white.

When beginners, even more, experienced ones, go for a BJJ attack, they tend to be clear and open about it. You could even say they’re obvious with it. There’s nothing wrong with that, as long as you know how to do it. With more advanced students, you get two main ways of approach. Either you have no idea what’s about to happen or you once again know, but there’s no way to prevent it. As you’ll see later on, this is due to a very underrated and simple BJJ attack principle. As such, this tactic is not reserved for advanced students and beginners can look to utilize it as well.

The true master of the double trouble principle, in more facets than one, is John Danaher. The BJJ guru has a bunch of exciting video instructionals out, but none is a better example of double trouble than his “Enter the System: Front Headlocks” DVD set. 8 DVDs full of amazing detail and strategies on how to attack with multiple threats at the same time, from the same position. Check it out while it’s still hot out of the oven!

A BJJ attack should be the simplest thing you do. Regardless if it is a sweep, pass, submission or any other offensive movement, it needs to be simple. This is the only way to guarantee effectiveness often and against a large variety of training partners. That, however, doesn’t mean that they need to be stand-alone attempts. Quite the contrary. 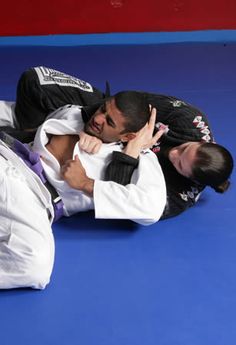 The one thing that you can make to improve your BJJ attacks is making them best friends. By that, I mean combining the threat of one attack with another in order to have success with at least one. While this sounds pretty simple, think of it this way – you need to combine them in such a way that failing in one is ALWAYS going to lead into the other. Or, even, better into another BJJ attack, one that was previously not an obvious part of the threat. Intrigued yet? let’s explore some basic examples of how you might look to implement this principle.

Let’s say you’re in a defensive position, like for example bottom side control. You can choose to remain calm and wait for a mistake, which is the least effective option you have. You could look to build your basic frames and get out of the position, which is what is expected of you. Or, you could look to find a way to attack from the position, even knowing that the attack might not be a high-percentage one. This last method, though, is one that’ll not only get you out for sure but offer you a great attacking position to fight from. This is the double trouble principle at its best.

Your Money Or Your Life

The idea with the double trouble is that you need to create a dilemma for your opponent. However, you need to create a dilemma that offers them only options they do not want. They’ll be forced to choose the lesser of two evils. thus allowing you to progress regardless of their choice. As Ryan Hall once put it, it is a “give me your money or your life” scenario. Let’s look at some further examples. 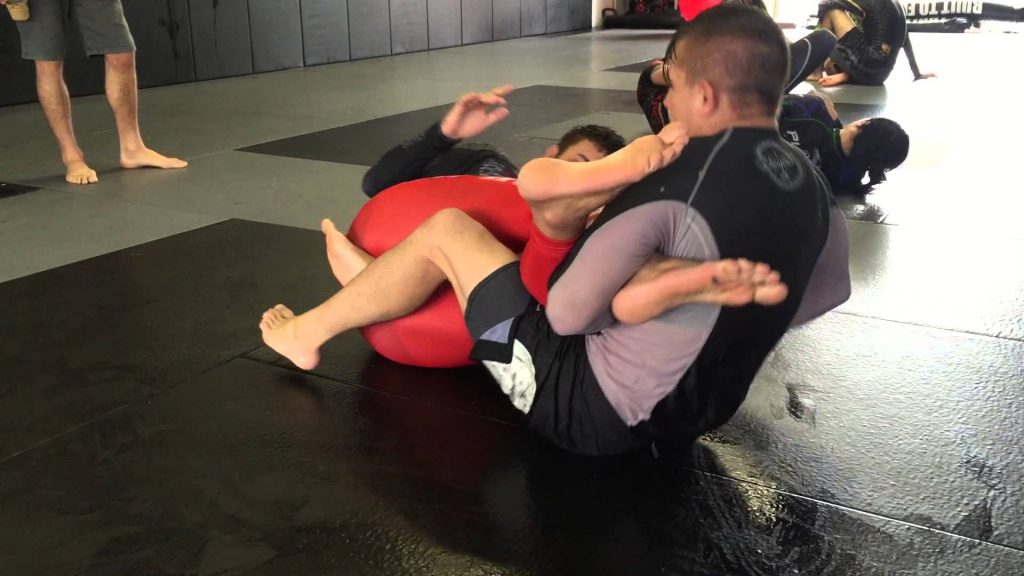 The inside sankaku position is a great way to look at the double trouble BJJ attack principle. When you have both legs under control, the first thing you have is total dominance over the opponent. there’s no way out. Apart from that you also have a certain tap. Namely, you can attack both legs with various leg locks from that position, without any effective means of defense for your opponent. Protecting one leg is going to open the other up for attacks, and this can go on infinitely. This example demonstrates how you can use a submission to pull off another submission.

It also works in a different way. you can use a submission threat, like that of a kimura or a D’arece choke, for example, to get to a better position. From guard, or even from the top, going for a Kimura attempt is certain to give you a sweep or pass, respectively, IF there’s no reaction from the opponent, you’ll get a tap with the original Kimura attack. The D’arce can work as a great tool to get you out of a bad position, one example being the bottom of side control we discussed earlier. Slapping on a D’arce gets you either out of side control, or a tap.

Even the old “position before submission” is a double trouble attack. Using pressure, like the S-mount to get a submission is also viable. This way, you’re using the position to open up a very obvious submission, that they can’t defend. Even if they go for all-out defense, you’ll use the position to make them uncomfortable or even get a better position. 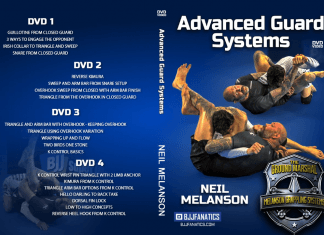 0
Finally! "The Ground Marshal” is back with another high-level grappling instructional. The ultimate BJJ coach, Neil Melanson just released a brand new DVD. The...