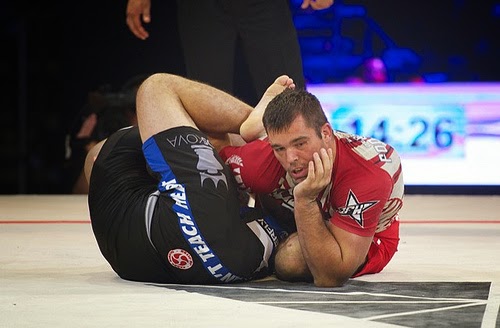 Dean Lister. You have heard the name. There is no way that anyone involved at least marginally in fight sports does not know who Dean Lister is. Whether it is MMA, grappling or BJJ fans, the name Dean, “The Boogeyman” Lister is a well-known one. Not only that, but you would be hard-pressed to find a person within the grappling community that does not like Mr. Lister. He is a very charismatic person, a formidable fighter, one of the best coaches in the game, and pretty much the man that single-handedly is responsible for the state of leg locks in the BJJ world today.

Whether or not you are a fan of leg locks or Dean Lister for that matter, you have to admit that the man has changed the grappling world for good. HE has some incredible performances against some of the biggest names in grappling, mostly on the No-Gi stage. He also had a solid MMA career, most notably in Pride and the UFC. The Boogeyman also has a host of priceless grappling instructionals as well as being one of the best coaches in the game. The bottom line is, you have personally benefited from Lister if you train BJJ, albeit it was most probably indirectly. That is how much he has influenced Jiu-Jitsu and the world of combat sports.

A Story Of The Bogeyman

How much do you really know about Dean Lister, apart from his obsession with leg locks, his influence over Danaher, and his submission-heavy performances on the mats? To begin with, the 45-year old was born in San Diego, California in February of 1976. Coming from a military family means he moved a lot, which also means that as a kid, he got in quite a lot of fights. Naturally that both toughened” the Boogeyman” up and made him interested in combat sports.

Dean’s first encounter with Jiu-jitsu came at age 10, but only in theory – he read about it in a magazine. It was wrestling that launched his martial arts adventure when he picked it up during high school. That is where things get interesting, though – Dean Lister ended up with a wrestling coach who had a Sambo background and a knack for submissions, particularly those of the leg locking variety. It insufficient to say, Lister was into leg locks from the get-go.

Lister found Jiu-Jitsu after high school and jumped into it headfirst. In fact, he did nothing but train, and work a day job to help him deal with the fees. He spent nearly a decade training under Fabio Santos, most of the time training and competing with the Gi. That was right before Lister was due his black belt, which he got from another Fabio Santos student, Jeffrey Higgs. From there on, Dean Lister had nothing but success in his career, dominating the ADCC on several occasions, as well as usefully transitioning into MMA, where he had a distinguished career in several different organizations.

Currently, Dean is teaching at his academy in San Diego, as well as shooting lots of instructionals. 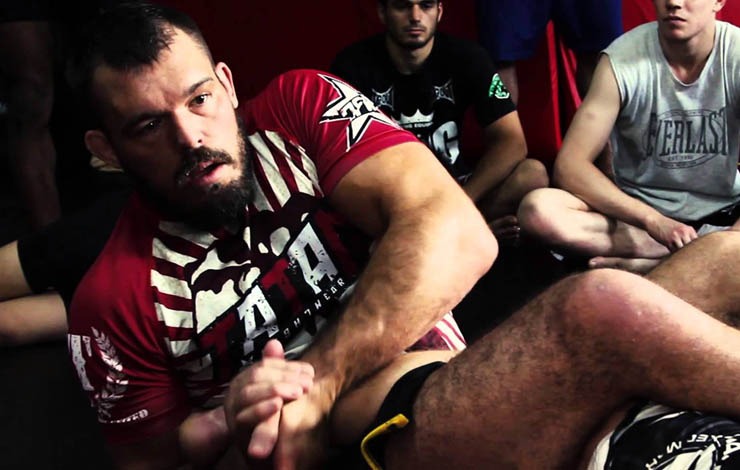 First off, let’s start with some of the most important accomplishments by Dean Lister. After all, that is how people gauge most athletes in modern society – by the number of trophies and medals they own. While Dean owns bucketloads of them, he has influenced the grappling world in many more ways than just by performing impressively.

Already more well-versed in leg locks than anyone else in the tournament, Dean Lister first tried his hand at the ADCC in 2001. He lost in his second match, to Ricardo Almeida. He repeated the feat in 2003, winning the trials and losing in his second match, this time to Xande Ribeiro. However, he a second the next day in the absolute, after another competitor had to pull out. Dean then won the absolute division of the ADCC with 3 submissions in 4 matches. He went on to win his division in the 2011 ADCC and got silver in the 2013 one.

It was his 2003 upset performance though, that got him a chance to launch his MMA career. He was already fighting for King of the Cage, but his ADCC title got him into Pride, where he more than delivered. He lost to Amar Suloev in his first fight and beat Akira Shinji in his second before moving to the UFC in 2006.  Lister went on to win 4 fights and lose 3 between 2006 and 2008, also appearing on The Ultimate Fighter. Lister has an MMA record of 13-7, with 11 of his victories coming via submission.

It wasn’t his performances though, that impacted the grappling world as much as his personality and charisma. His unforgettable sentence “why would you ignore 50% of the human body) that he said to John Danaher was the one sentence that ended up creating tectonic changes in the world of Jiu-Jitsu.

For those of us that have not had the chance of training with Dean Lister one person, whether in his academy or at seminars, there’s a lot to learn from the Boogeyman. He has amazing matches, some really detailed instructionals as well as some great life experiences that he has shared previously.

Of course, a huge thing that pretty much defines Lister is his knowledge of leg locks. He took all that crazy Sambo knowledge and dissected it, creating a successful heel hooking system of his own that got him many victories, and just as many haters among the “old school BJJ” proponents in the early 2000s. He did, however, end up with a complete leg locking system of his own that was the foundation for the modern leg lock attacks.

One of Dean’s thoughts on quitting in fighting stands out in particular. He said its one in an interview for Fightland Vice: “If you are having a hard time in a match and you mentally accept that you are going to lose, then you lose almost every time. It’s like a flame that you can’t let go out. It could start out as the biggest fire, but as long as it’s still lit, you can keep fighting. In a lot of matches I have had, I had a big flame that went down to the size of candlelight, but I never, never let it go out. So, that’s the biggest thing. I think people that have not gone through crazy struggles in their life allow their fire to go out completely. This is more important than conditioning. This is a prerequisite”

Finally, there are, of course, all his high-level grappling instructionals as well, both with and without the Gi.

Dean Lister is one of the most interesting and most important people in the BJJ World. He is a man who has re-shaped the grappling landscape and is still innovating and working tirelessly on improving grappling, particularly in the submissions department. There’s still a lot left to learn from The Boogeyman, and we are certainly looking forward to his new instructional.