The BJJ guard is the quintessential Brazilian Jiu-Jitsu position. before BJJ, nobody promoted fighting off the back. Not only that, but nobody even though you can attack from there with any success. That was until the BJJ guard came to light. Now, the BJJ guard has evolved so much it is unrecognizable. However, in the myriad of new and modified guards out there, some principles still apply to all. These are the black belt tips that are going to make any and all BJJ guard you’re playing a deadly trap.

Most of your time training Jiu-Jitsu is going to be spent either trying to pass the guard or playing it. That said, in both cases, you need to have an understanding of the BJJ guard in order to be successful. When you’re playing guard, there are numerous factors that come into play. Some are general, while others are specific and even individual. The BJJ guard, closed or open, offers so many opportunities that you have to have at least one favorite variation. Now imagine being able to be just as effective from ever BJJ guard variation without spending decades perfecting them. Well, it is not impossible. Actually, it is very easy to do with just a few tips that’ll change your guard game forever.

The basic idea behind playing guard is generally twofold. You either want to get a submission and finish immediately or you want to sweep. However, in order to be successful with both, you first need to know how to control the guard. Even more importantly, you need to know how to get back to the BJJ guard when someone tries to pass it. Yers of experimentation in academies across the world have identified the crucial tips to make any guard a lethal trap for your opponents.

The very basics of the BJJ guard are the subject of class. holding each different guard variation is something you need to learn from your instructor or more advanced students in the gym. Not only that but you’ll also need to learn which BJJ guard fits which situation. There’s no point in going for an X-Guard when your opponent is ta distance. The same holds true for longer distance guards. if an opponent is extremely close to you there’s little efficiency in looking for a De La Riva guard.

These are the essentials of the BJJ guard game that you need to know well. Only then you can think about turning to BJJ guard principles in order to make the most out of every guard position at your disposal. There are a few guard position principles that black belts have shared with me that were helpful in tying those techniques together into an effective guard game.

So let’s get straight into the principles that are going to make your guard world-class:

This tip is as old school as it gets. Even Helio Gracie himself was a huge fan of the grip game. According to the founder of BJJ, a simple collar grip can get you a crucial advantage every time. Helio attributed this to the control over an opponent’s posture and the threat of a choke. 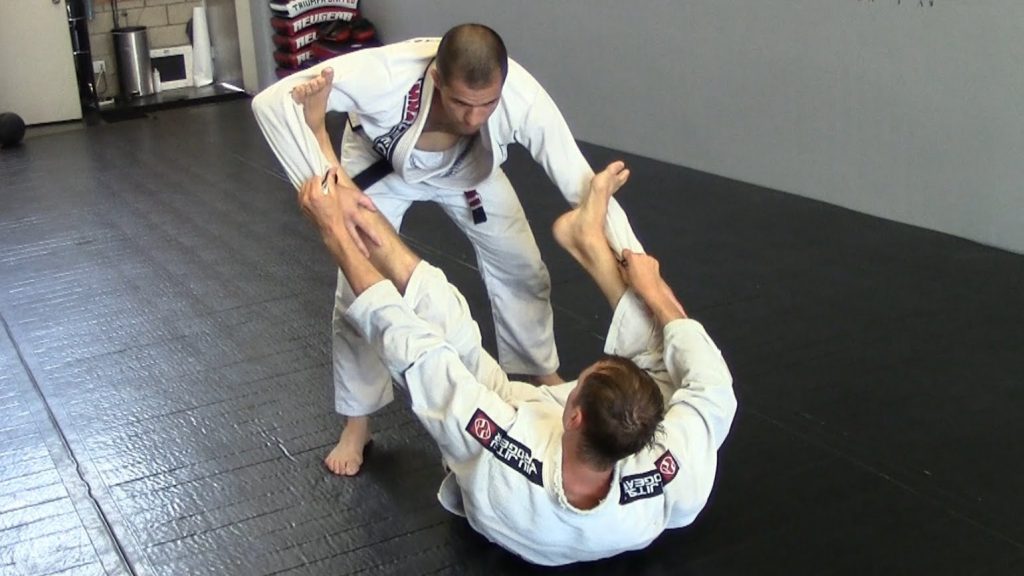 Having a solid collar grip on your opponent means you can use gravity to help you control their posture. Once you have someone’s posture, you can go about applying any open guard attack you want. Breaking the posture is as easy as getting a tight collar grip. Furthermore, if an opponent decides to go with gravity and come down low, the same grip offers a different threat. Now the opponent is at choke level and you have different options to attack. For example, you could go for your basic cross collar choke or hit a loop choke.

Just remember that grip fighting goes both ways. In that sense, you need to make sure the opponent doesn’t break your grips. Not only that but you also have to watch out for the opponent’s grips. Whoever wins the grip battle is going to have the advantage. However, with you in a BJJ guard variation, you’re better primed to attack when you get the desired grip as opposed to the grappler on top.

As far as playing guard goes this is a must. it is only number two because without grips there’s no guard to speak of. However. your hips play a crucial role in your ability to utilize the BJJ guard to its maximum. Once an opponent pins your hips playing guard is going to become next to impossible. 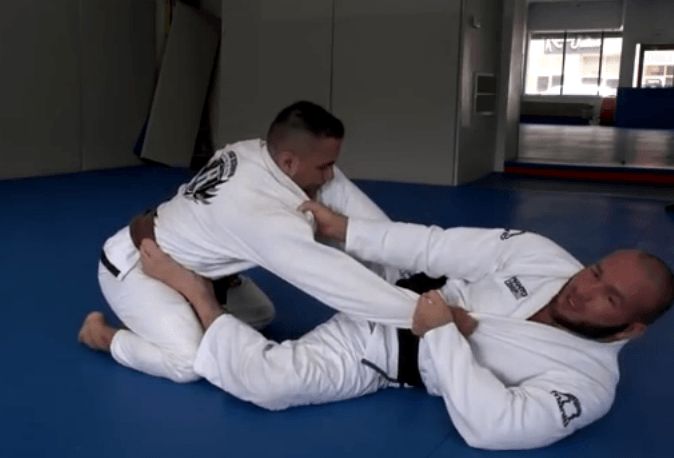 The reason why your hips are important is space. Space is the enemy of the guard passer which makes it your best friend. The ability to manage the space is just as important as winning the grip fighting. If you watch a high-level black belt match constant improvements of grips and constant hip movement are going to be the two prevalent fields of battle.

Given the dexterity requirement of BJJ as a sport, using your legs as efficiently as your arms is a must. Your hips are the ones that dictate how much you can use your legs to control and/or attack an opponent from the guard. Remember that the best way to improve hip mobility is constant drilling. Without this, there’s no guard retention and without it there’s no guard to speak of.

3. Constantly On The Offensive

Finally, the one thing that makes it possible for you to play guard is keeping your opponent at bay. Just like with grip fighting, going on the attacks is the safest way to play guard. As long as you’re a constant threat, your opponent won’t have the opportunity to even think about passing.

If there’s one advice that’s going to make your guard a nightmare for everyone is to constantly be attacking. Not only that but b the first to initiate an attack. NEver let your opponent settle down and impose their game. 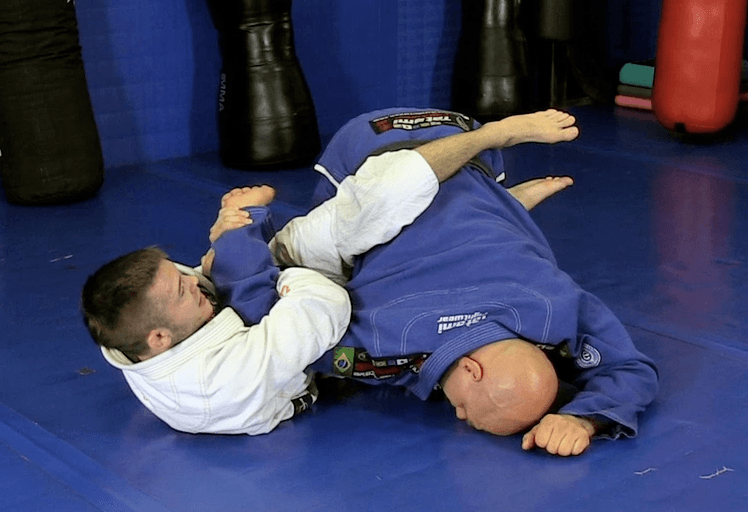 Start threatening your opponent from the very first moment. Get a grip and go for an attack. It can be a sweep or a submission. Whatever you choose to do never let your opponent catch his breath. As long as you have good grip, you can move your hips and you can launch an offensive, your guard is going to become impassable. After all, this is what black belts do!