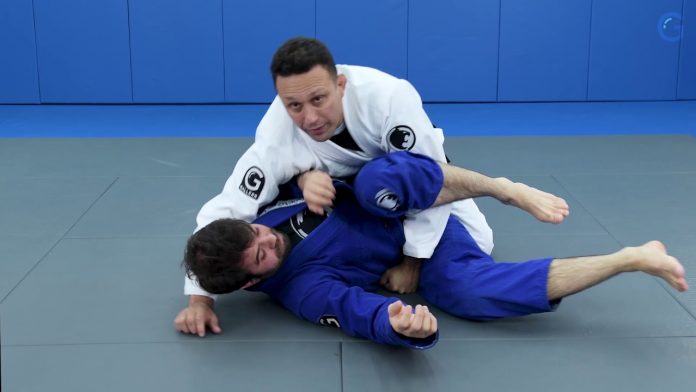 I’ve said it before, and I’ll say it again – guard passing is probably the most difficult part of Brazilian Jiu-Jitsu. I guess one reason is that there are countless guard variations out there. Another is that everyone plays every guard a bit differently, meaning you’ll always face unknowns when you’re trying to pass the guard. That leads us to the question “is there a guard passing formula you can use on any and all guards in BJJ”? I’d like to think there is and it’s all about BJJ guard pass basics, actually, rather than flashy moves.

BJJ Guard passes basics. What exactly does that mean? Well, getting past any guard, of course. But how? The answer to every grappler’s enigma has to do with understanding why guards are effective rather than how. As usual, there are several different schools of thought out there. Each of them has merit, but they all seem to come up short when it counts the most – during rolling or a match. The best way to figure out guard passing is on your own, but asking the right questions. That’s what guard pass basics are all about.

Contents hide
Why Is The Guard Effective?
Beating The Layers Of The Guard
Guard Pass Basics: Be Lazy
Conclusion

Why Is The Guard Effective?

If you take a look at why a guard works, you ‘ll figure out I thas something to do with the legs. Hmmm. If you take a closer look you’ll notice it also has to do with the core. Also, there’s a sprinkle of framing in there somewhere. On their own, each of these three guard characteristics can cause passer problems. AL three working together though is what you get when someone knows why they’re playing guard, rather than how. That’s when you, as the guard passer, are in trouble. 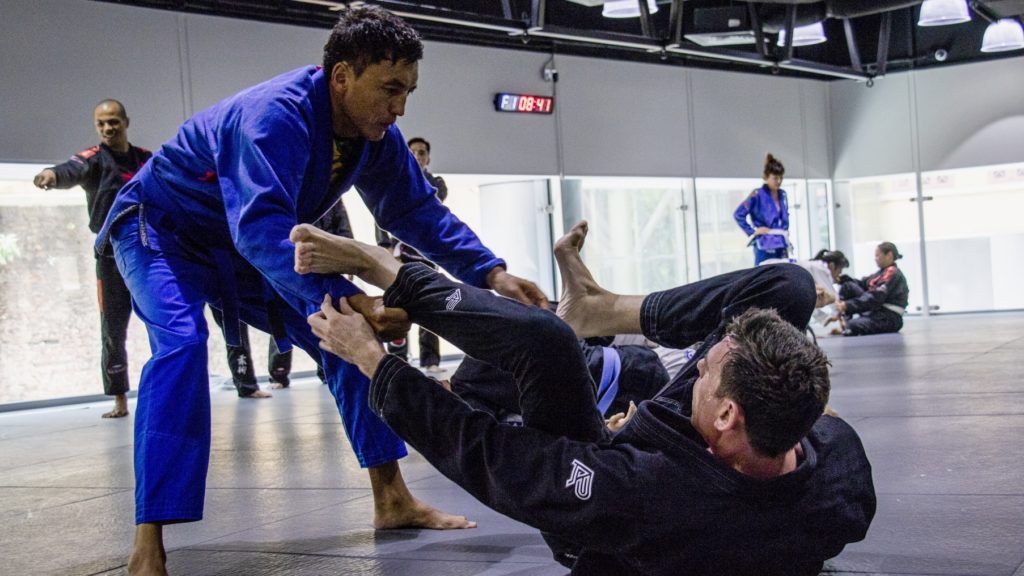 In terms of guard pass basics, let’s look at the guard as if it is build of layers. Layer one is the legs. they’re the peskiest layer of them all, wiggling everywhere, hooking, overlapping and causing all sorts of trouble. this first layer is what usually baits the guard passer into an exchange that rarely ends up with a pass and favors the bottom person. The legs are the main reason why you get stuck in submissions and sweeps when you try to pass a guard.

The second layer is a much more subtle one and one that not many people pay attention to. It is all about the core. It is the core that helps guar players achieve one very subtle layer of the guard – touch their elbows to their knees. This is precisely the space you want to be occupying when passing. So, if you look at the core as the source of why the opponent is able to block your passes, then you can solve your problem in many different ways.

Finally, there are the arms. They are the pesky little extremities that make frames, both long-range and short-range ones that annoy more than any other layer. Just when you think you’ve passed someone’s guar,d those frames come up, helping the guard player create space and recover one or both previous layers. with some BJJ guard pass basics, though, you’ll soon be able to deal with this nuisance.

Beating The Layers Of The Guard

Before I give you the formula I think will benefit you the most, let’s address some BJJ guard pass basics that are considered staples, and were brought to us by some of the best grapplers around. I’ll use two Ryans as an example, although there are way more concepts out there than just these.

The first Ryan is Ryan Hall. There’s really no need to introduce him as he is a grappling wizard that has battled the best in both BJJ and MMA. His take is that you pass guard in one of four main directions. You can go around the legs, through the legs, under the legs or over the legs. This approach is effective, simple and gives you a system to follow, However, it is an oversimplification of Ryan’s entire system, which includes studying the defensive guard and its layers in extreme detail, and extends far past just these four strategies. In other words, on their own, they won’t do you much good.

The other Ryan is Gordon Ryan. The GOAT in BJJ has an appraoch of his own. He likes to categorize guard passes in loose passes, tight passes and submission passes. As amazing as his system is, it is still based mostly on the how rather than the why of guards. that makes it perfect for advanced grapplers, but not as much for those looking for the BJJ guard pass basics.

Which brings us to the simplest philosophy of all – the reason why you can’t pass the guard is because a guard cannot be passed. Yup. All guards are designed as attacking positions that are also very easy to defend. Think of them as fortresses. And, to get into a fortress, you need to first make sure you’re not going to fall into one of its traps. Then you need to make it’s defensive layers ineffective before you break down the fortress and march right in. It is the same when passing a guard.

The best BJJ guard pass basics advice I can give you is to be lazy when passing. Remember that you can’t pass the guards, just like you can’t enter a fortress. You can pass the legs, though, when you kill all other defenses, just like you can enter through a breached wall in a fortress. Dealing with al players that preceded passing, though, is best done by doing less, rather than jumping around and trying to force your way through.

Lazy guard passing means you’re trying to pass by answering the question of why guards work. First off, they work because of the first layer- the legs. So push your hips forward, bend your knees and stand in a staggered stance. Keep your posture up. That’s it. NO matter what they do with their legs, you’re completely safe from just about any guard. 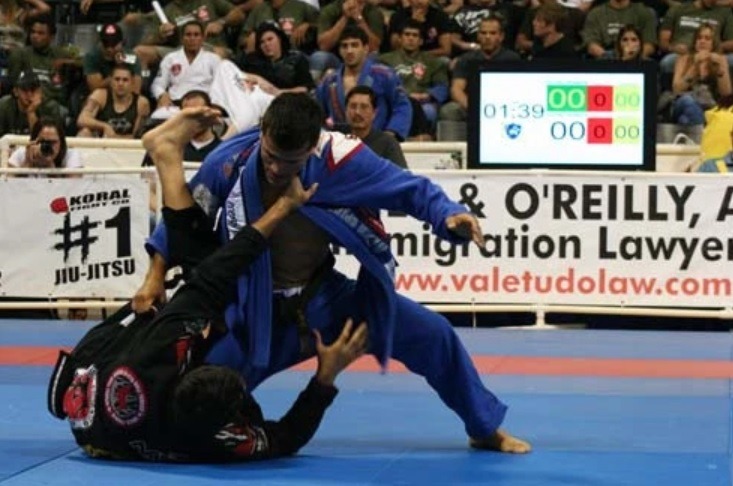 Next up, is the core layer, or the pace between the knees and elbows. This is easy as well. Given that your hips are forward, they are a leading edge. And that edge can smuggle anywhere there is space, taking you’re the rest of the body forward as well. In other words, as an opponent tries to move to retain guard, they’ll actually draw you nearer to a pass. A useful hint here is to use your head – literally. PLace the hed anywhere on the opponent/s torso or under the chin, but try and keep your butt in a vertical line over it while doing so. Now you’re down to just the final layer.

In terms of the frames that keep you at bay, this is the most important time to stay lazy. You put your hips forward, and then you sneaked through to the inside space by simply going ass-up. Stay there. be loose and heavy. If you’re tight, you’re just helping the frames. If you are loose, you can actually allow your body to sneak past any frame into the small spaces any frame leaves behind. In other words, you’ll flow straight into side control or mount precisely because an opponent decides to put their elbows away from their body in order to build up frames.

Presto – you’re past the guard. Any guard. And all it took was hips forward, head down, and then just flow past anything that’s in your way, rather than battling with it. Oh and one final thing to remember – grips are not important as long as they don’t break your posture. that goes for both your grips and those an opponent might place on you. don’t fear their grips, but rather, let them lead you towards a pass.

Ther’es nothing BJJ basics can’t solve. Even guard passing. BJJ guard pass basics are simple when you ask the right questions. Next time you’re up against any guard, instead, fo looking how to pass, or how they’re stopping you, wonder why the guard works. THen become lazy, identify the layers, and flow right past them. Like magic.