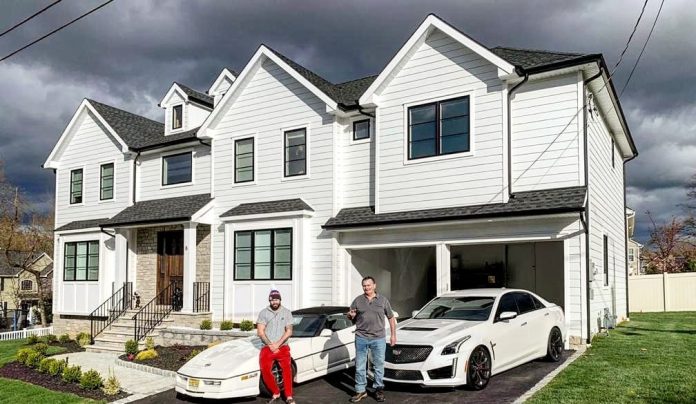 Who said grappling doesn’t pay off? While it may have taken a long time for professional Jiu-Jitsu to really develop into a profitable career, it seems the wait is now over. While it will take time for Jiu-Jitsu prize money to reach the amounts in boxing or football, the fact remains that you can now not jsut live off Jiu-Jitsu, but do so comfortably. Of course, you’d have to be the best in the world to be able to get what Ryan gets. However, the fact that Gordon Ryan buys dad a car from at just 24, only shows that here’s is a lot to expect from Jiu-Jitsu as a profession in the years to come.

For those that think BJJ is not enough to earn you a living, think again. With pro-BJJ tournaments popping all around the world, there has never been a better chance to earn as a grappling athlete than now. Of course, you’ll have to give it everything you got, and then some, doing nothing but Jiu-Jitsu all day every day. jsut like any other professional athlete does. However, finally, it seems that if you reach the top, being a grappler can really pay off.

Gordon Ryan is so far, the epitome of professional Jiu-Jitsu’s success. he is definitely the GOAT, beating jsut about anyone that has stood opposite of him on the mats. Topped off with double gold at the 2019 ADCC, it’s safe to say that Ryan is modern BJJ’s first real superstar athlete. And he certainly knows how to make the most of it.

Ryan, jsut recently, acquired a house worth a million dollars, mostly off of his earnings from Jiu-Jitsu prize money. Of course, he does sell his fair share of DVDs as well, but what he makes from actually competing is much more. At just 24 years of age, Ryan is now demonstrating there’s a lot more where that came from.

A couple of days ago, Ran shared on his Instagram that he got a gift for his father – in the form of a Cadillac CtS V! The fact that Gordon Ryan buys dad a car, just after buying a million-dollar house took everyone in the BJJ world by surprise. It seems that Jiu-Jitsu prize money is no joke after all!

As per his Instagram post, Ryan surprised his dada with a brand new Cadillac CtS V. ‘Big G” is quite into cars, as Gordon indicates, so the gift hits home perfectly. As we can clearly see from the post, he really does enjoy the gesture by ‘The King”.

But Ryan is far from done. he also has plans to acquire one more house, this time for his mom. And he plans to buy the house in Florida, sometime later in the year. Ryan certainly knows how to give back to those who have sup[proted him from day one. In his own words “This is something I’ve wanted to do since I was very young. I’ve wanted to give those who are supportive of everything. if you were with me from the beginning and are still with me now, you’re in my circle. And as the sea rises, so do all ships”.

I bought big G a V. This is one of the most surreal moments in my life. All my life both my parents did the best they could to give me what they could. Theres nothing i appreciate more than loyalty. There arent many people who would kill for you, die for you, and do absolutely anything for you. Just because theyre your parents guarentees nothing. i watched my grandparents steal everything from my dad. His whole lifes work was taken by his mom. Both my mom and dad would do anything i ask at a drop of a dime. They deserve the world. Later this year im buying my mom a house in florida and today i just got this CtsV for @big_gordd. All his life he was a car guy (as am i). Some of the best memories i have is being a small kid in his white corvette (86 white with a black drop top and greenwood body kit. custom interior, chip, exhaust, intake,makes like 300hp,official pace car… just for the car fans out there) with the top down listening to old rock and roll on the way to the beach. Both with sunglasses on and hair in the wind. This is something ive wanted to do since i was very young. ive wanted to give those who are supportive everything. if you were with me from the beginning and are still with me now,youre in my circle. And as the sea rises,so do alll ships.