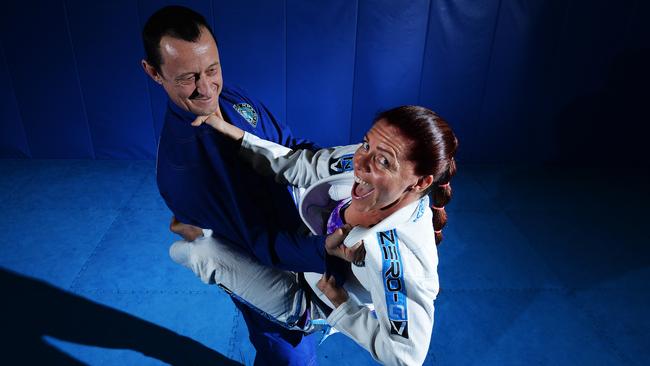 This article is not only going to focus on the famous grapplers that are in BJJ couples or those that broke up. Sure that’s all fun to read, but won’t do anyone much good if you’re wondering whether that fling on the mat that’s now turning into a more serious thing is something you’re interested in pursuing. For one, Jiu-Jitsu is a very strange thing, and finding someone that feels the same way about it, as well as about you is quite the accomplishment. That said, BJJ couples are definitely a thing, and they can even be power couples, just like in any other walk of life.

Who knows, perhaps you and your significant other are the next big thing in Jiu-Jitsu. As a couple, of course. Granted, people would say that dating within a gym is complicated, and offer a bunch of theories why that shouldn’t happen. Well, news flash – dating is complicated anywhere, with anyone. So, if you have the chance to be in a relationship that makes sense, three’s no reason that the fact you’re both training should be in the way. After all BJJ couples tend to work great given that theses huge aspects of life that you share, and comes off, err, weird to those that don’t.

The usual scenario with significant others or family members for grapplers is goes something like this: You’re all into BJJ, living the lifestyle, eating your Acai and there’s not a photo of you without the Shaka gesture. However, when you come home you can’t hear the end of it for piling Gis in the washer, spending most of your time in the gym, watching videos, constantly bringing BJJ up. Almost like living with a vegan, but one that can actually fight. 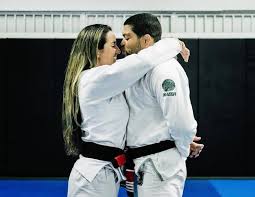 All jokes aside, BJJ couples really do have it best. It doesn’t matter if you’re living together or just dating. Brazilian Jiu-Jitsu gives you more than just a common subject to talk about. Interestingly enough, everyone that gets hooked on BJJ, likes to make it a centerpiece of everything if they could. And it doesn’t get boring. Now imagine that you have a partner that can not only enjoy listening to you while you wear your BJJ T-shirts, but also contribute to the subject matter. Moreover, you get to be with someone that also spends time with you on the mats, doing the same things, experimenting with you, and comparing notes.

The BJJ lifestyle is weird one, and BJJ couples that share it actually have someone to support it and make it even more fun. It is not easy preparing for a competition, for example, and cutting weight or looking to schedule extra sessions when your romantic partner doesn’t really get how it is. I’ve cut weight for major competitions while my partner (at the time) was gulping down massive amounts of holiday food. Not helpful.

As with all other stuff, it is the little things that make life as part of a Jiu-Jitsu couple fun. Granted, being in one doesn’t mean you won’t run into the same issues all couples face, You’ll just have different ways of approaching solutions to those problems, and might even decide things through rolling form time to time.

Benefits Of Dating A Fellow Grappler

The first thing you notice about BJJ couples is the shared passion they have. This is not something people can usually boast within a relationship. At least not when it comes to the real deep passion that takes over most of their time and effort. It is a special thing, though, and really does change the dynamic of a relationship.

Another huge thing that you get from both training is the stress filter effect. First of all, you won’t project stress from work or daily life on to your partner, because you\’ve both got BJJ to vent. Secondly, you can actually use BJJ to resolve your own inter-personal stresses and issues, emerging way happier, and in sync, than you were when you entered on the mats.

There are of course the pet peeves that BJJ couples share. Rolling with your significant other means you’re always trying to get one over the partner, keeping track of what you’re doing an actually getting better in BJJ during the process. Most couples area competitive anyway, but in BJJ it gets on a whole different dimension. All the small back-and-forths that happen during training/rolling are exactly what you need for a positive relationship.

Training anytime and anywhere is also one of the best benefits of being a BJJ couple. Those that are apart of one didn’t have such a hard time during the Covid-19 lockdown. All it takes is a bit of space, perhaps mats, and you’re good to go. Plus, it gets a lot of fun, if you catch my drift.

Finally, a word on competitions. While it may be nerve-wracking watching a loved one compete, it tends to be even worse when you’re not training along with them. Plus, with all the support and constant competitive training you’re doing with your significant others you do get a competitive edge that comes in real handy.

Before I wrap this up, let’s look at several examples of BJJ couples that really makes it work. They’re not all famous competitors and black belts, nor can I include every couple here. However, it can give you sneak peek into what life as a BJJ coupe might look like. Particularly when you get to be that power couple that is unstoppable. 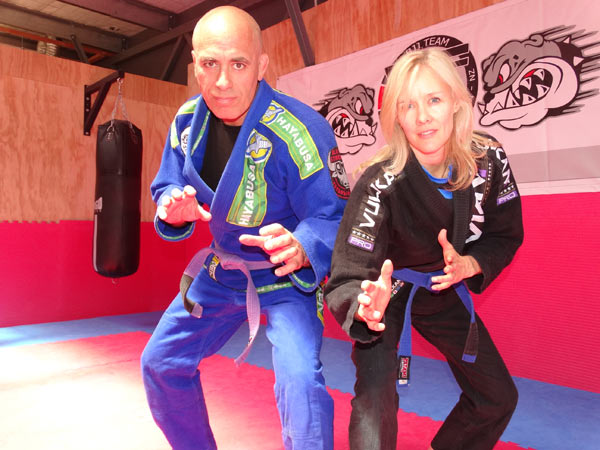 One of the couples that has been together for a long time, and are married are Chris Haueter and his wife Melissa. They are both member s of the Dirty Dozen of BJJ and have stuck it out throughout the years, still going hard in both BJJ and life.

Another couple that springs to mind immediately is Andre Galvao and his wife, Angelica. Both black belts, top-level competitors, and in charge of one of the best teams out there – Atos, they’re certainly living the BJJ dream lifestyle. And they seem to be having a lot of fun.

An example of a BJJ coach marrying their student comes in the form of Mario Reis and Monique Elias’ relationship. Both are world-class competitors, and Monique is also a world champion. They’ve been together a while now and it seems they’re a great example of a power couple in the making.

Vanessa Wexler, a recent black belt and her husband Brian Waltz, both train and teach at Gracie Barra Colorado Springs. They also have a child together and seem to be getting stronger as a couple by the minute.

Being in a BJJ couple, there can be drawbacks and it is never just roses and sunshine. Apart from the same issues as all other couples, BJJ tends to bring about unique issues, as it does benefits. It is the nature of relationships, and it is all about finding the right balance. That said, there’s a lot of fun along the way that no other relationship can offer. Lots of BJJ couples are making it work so my recommendation would be not to be afraid of getting serious with someone from your Academy. If you can, go for it.