Georges St. Pierre once famously said that he is a martial artist and not just a fighter. That quote of his went as viral in the combat sports world as anything I’ve seen. People started posting it, saying it, even tattooing it on their bodies. But what exactly does it mean? Yes, it seems straight forward, but it was said in the context of MMA, first and foremost. What if you try to apply it to BJJ? Can you make the distinction between sport Jiu-Jitsu and the martial art of BJJ? As similar as they might sound they’re far from the same. Yet, interestingly enough, they require each other to make BJJ what it is today. Bear with me and it’ll start to make sense.

Brazilian Jiu-jitsu is the one physical activity out there that people of all ages and sexes can do at the same time. It is an everyday occurrence to have 60+-year-old white-collar folks and professional MMA fighters on the mat at the same time. They even train with one another. Not many other sports can claim the same. Or, martial arts, for that matter. But what is it that makes this marriage of  Sport Jiu-Jitsu and the Gentle Art work so well. Moreover, where does one end and the other begin?

What Is The Difference? 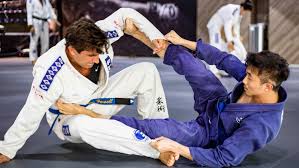 First of all, it is really crucial that we pinpoint the difference between sport Jiu-Jitsu and the art of Brazilian Jiu-Jitsu. Let’s use some more general examples to figure out where BJJ stands, exactly. A good example of a martial art, old-school-style is Aikido, no offense to any lingering Aikidokas who are perhaps reading this. I chose Aikido because it has no competition, although it involves contact training. The premise of Aikido is that when an opponent does a certain specific thing to attack you, you react with a certain specific thing to defend/counter it. This is what defines martial arts as such – the “if this, then that”  approach.

Sports, on the other hand, are on the opposite side of the spectrum. A great example Is wrestling. Nobody ever called wrestling a martial art. Contrary to martial arts,, sports are geared towards results in a competition based environment. They tend to have far fewer techniques compared to martial arts, and all combat sports, in particular work off of the premise that a good defense is key to launch any kind of offense. In other words, sports embrace the chaos of athletic competition and are designed to give you the most chances of coming out on top. In the case of port Jiu-Jitsu, this is literal.

BJJ, as the unique blend of art and a sport that it is, lies somewhere in the middle of all this. This is exactly why people from all walks of life can train at the same time and still achieve personal goals. However, that also raises a dilemma -= which approach to BJJ fits you and your goals best? Because the fact of the matter is, both approaches deliver on very different results, although they head in the same direction of progress in grappling.

I’ll start off with what I consider to be the best definition of what sport JIu-JItsu is (all credits to Chris Haueter for this one). Sport JIu-JItsu is how effective you are in combining your technical knowledge and al your physical and athletic abilities in order to quickly achieve a very specific goal. IN a sport setting, that would be winning a match, or better said all of them, in a given tournament. In a self-defense scenario, it would be protecting your self and/or doing harm to the assailant, depending on a lot of things.

Looking at JIu-Jitsu as a sport is not easy. IF you truly want to be a BJJ athlete, you need to look at BJJ the way a boxer does at boxing or a wrestler as wrestling. Something both of these have in common is that they have to start in positions that keep them safe. Have you seen a boxer with their hands down? Ore a wrestler not protecting their hips with their arms? It is the same with MMA. A defensive posture, that acts as a platform for launching attacks, and is a place to fall back to if things don’t work out is the mia characteristic of combat sports. And there’s a good reason for this – in a sport setting, combat sports are essentially fights, and as such, they usually come with bodily harm, even if it is in the form of involuntary injuries. 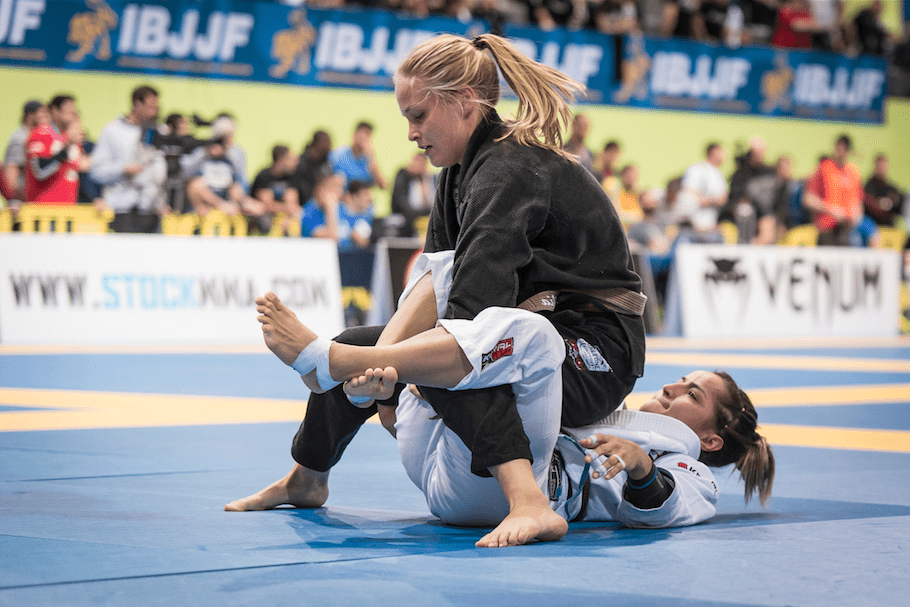 If sports Jiu-JItsu is what you’re after, then your training to be a fighter (in terms of GSP’s quote ). You have a goal – to win. You also want to win in the most efficient way possible. There’s no place for the “if I do this you do that”| approach. For sports, you need several techniques that work efficiently from a fundamental basic position that allows you to be safe. An example would be Keenan and his worm guard. when he goes there, he has a defensive setting that keeps him safe and allows him to launch a myriad of attacks. Even then, he doesn’t do every sweep or submission in the book – he only uses several things over and over again.

The Artsy Side Of Grappling

The art of JIu-Jitsu is where most recreational folks will find themselves. Luckily (I guess) compared to Aikido like arts, there’s no traditional philosophy that accompanies BJJ. There’s no need to be a master at Chi energy and/or Buddhism to consider yourself a martial artist in regard to BJJ. Looking to clearly define as we did with sport JIu-Jitsu, it would be something like this: The art of Brazilian JIu-Jitsu is the quest for controlling and then submitting an opponent 9in that order) while using as much knowledge, timing and tactics, and as little physical and/or athletic attribute as possible.

When it comes to training BJJ as an art, there’s no winning or losing, there’s no pressure like in sports, and there is endless material to work with. You simply as questions about everything that’s going on, try to find answers, and use them to figure out solutions. You then gather all these solutions in a giant deck-of-cards and hope to be able to get he one you need when a specific situation arises.

The beauty of the Jiu-Jitsu as a martial art is that it allows us to experiment and constantly evolve both the art and the sport. Without the art side of things. BJJ could never keep growing the way it does. Boxing hasn’t changed for the better part of a century, and neither has wrestling. As sports, they’re superior in their precisely designated area of operations. BJJ, on the other hand, both as a sport and art grows constantly because of the old-school martial its approach to things that is still a big part of the game.

Using what you learn in BJJ as a martial art will likely do you little good in the chaos of a sport setting or self-defense, but only if you train it on its own. Rolling is the bridge that connects the two,. allowing professional grapplers to safely train with recreational ones. Tha, and it is what allows people to train deep into their late years in a way that still makes sense.

You fight the way you train. If you train in sport Jiu-Jitsu, you’ll fight like an athlete. If you train the martial arts side of things, you’ll try and apply that in a fight, or a roll. The best part is that in BJJ, both of these opposites feed off each other to make the entire sport/art grow. From the martial arts aspect, you gather solutions for your problems. With sport Jiu-Jitsu, you get to test out all those solutions in realistic and chaotic circumstances. This is the perfect combination which is exactly why we shouldn’t look at it as art vs. sports thing, but rather as an art and a sports thing, combined.