BJJ athletes are usually very outgoing people that enjoy being active and socializing with others. Those that have embraced the BJJ lifestyle have their lives revolve mainly around the sport. Strong friendships are made on the mats which often extend out as well. Grappling athletes are known to enjoy staying active and moving when they’re not rolling or doing specific conditioning. There are many complementary sports that are often associated with Brazilian Jiu-Jitsu, from yoga to Ginastica Natural. However, one discipline very often stands out within the BJJ lifestyle – surfing.

Surfing and Jiu-Jitsu have a much deeper connection than just waving the Shaka sign around whenever a camera is present. it does have a big connection with the birthplace of BJJ though, where surfing is a major part of everyday life. Surfing is a staple of life in Brazil and is anything but an easy sport, so no wonder that it clicked with grapplers. Even the Gracie family members were very big on this activity that is the perfect complement to the BJJ lifestyle.

Why You Absolutely Need to Wear A Rashguard When Training BJJ: https://bjj-world.com/wearing-bjj-rashguards-under-gi/

Surfing and Jiu-Jitsu have been closely related ever since the inception of the Gentle Art, a few decades ago. Living in a warm environment like Brazil means you’re going to turn to the ocean for relaxation at one time or another. When you train Jiu-Jitsu in the Gi, the need to cool off and wind down becomes even more important. However, that character of Brazilians in general and grapplers in specific isn’t one of ordinary beach dwellers. Even when relaxing, Jiu-Jitsu folks like to be engaged with both mind and body, and do something fun. Surfing offers just that, an option to unwind while staying active, focused and relying on much of the abilities that BJJ develops. A match made in heaven for the ultimate BJJ lifestyle.

Grappling and surfing easily find each other wherever there are waves and people that roll. Some of the top people in the sport, the likes of Rolls, Relson and Rickson Gracie were just a few Gracie family member who adored riding the waves. Funny enough, and in true Gracie manner, Rolls became friends with surfers by engaging in a fight with a group of them, alongside his students. After choking out most of them, Rolls developed a relationship with surfers that ultimately saw him fall in love with surfing himself. Rickson had a similar run-in with a surfer he challenged and choked out repeatedly.

The connection between surfing and BJJ doesn’t stop with the Gracies, though.  It is not only BJJ lifestyle that turns to surfing in need of a related activity. Seen from the other side of things, lot’s of prominent surfers are picking up on Jiu-Jitsu more and more. Kelly Slater, Joel Tudor, and Frederick Patacchia are just some of the surfing stand-outs that have completely fallen in love with grappling. 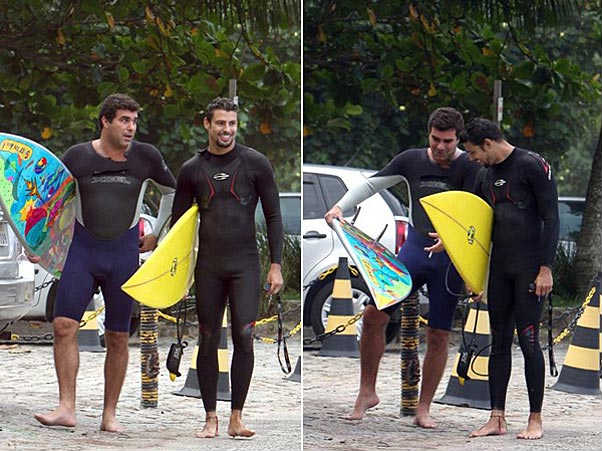 As plenty of Brazilians left Brazil to spread the art of Jiu-Jitsu, they focused on settling in spots of the world that were similar to home. As such, oceanside cities that are also top surfing spots were among their first choices. It is no wonder that many huge BJJ academies popped up at spots where surfers tend to congregate. The BJJ lifestyle turned out to be very appealing to surfers, who quickly signed up for classes. Some examples include Murilo Bustamante, who was a pro surfer before becoming one of Carlson Gracie’s best students. Tinguinha and Alexandre Soca were surfers turned grapplers thanks to the Gracie Barra academy influence in their vicinity. And of course, Checkmate recruited one of the top heavyweights ever in Marcus “Buchecha” Almeida.

If you find yourself in Copacabana these days, apart from riding the waves and taking in the view, you only need to choose a direction to go to and you’ll end up in one of the top-level academies mentioned before. Other top spots around the world, from Indonesia to Hawaii, also offer the ultimate BJJ lifestyle experience. California is another Mecca of both BJJ and surfing and offers numerous options. From Jean Jacque’s academy, through Gracie Barra and all the way to Art Of Jiu-Jitsu, the choice is a diverse one.

For all those enthusiastic enough about surfing and grappling, that do not have the good fortune of living beachside, there are cool options to experience the ultimate BJJ lifestyle. BJJ & Surf camps are popping up all over, offering a unique opportunity to have your taste. BJJ Globetrotters organize one such event that moves location every year. Other options include Sub and Surf Camp as well as Grappler’s escape, which features some of the biggest names in grappling as instructors. 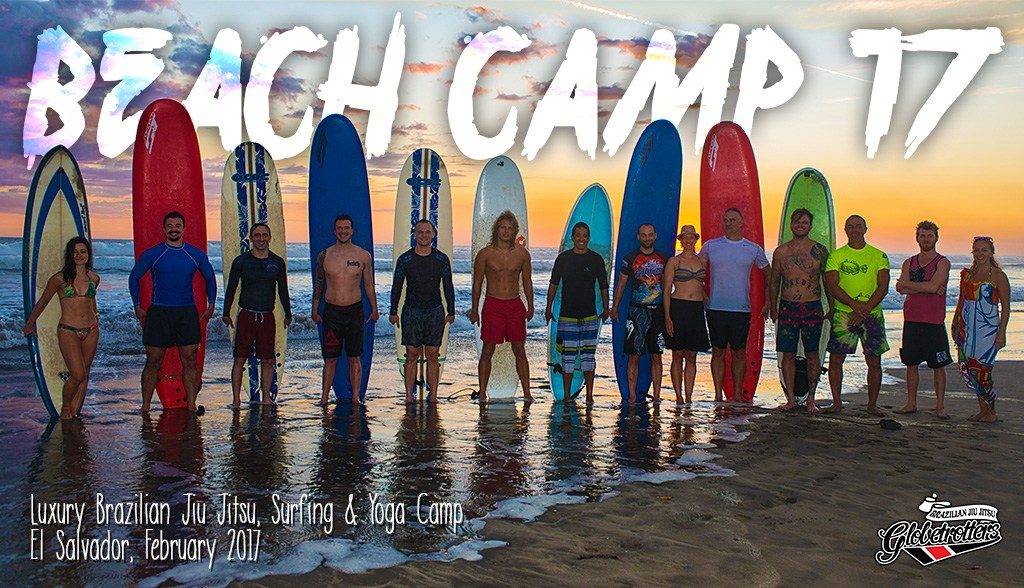 Brazilian Jiu-Jitsu and surfing relate to each other across many aspects. On such thing is the mindset. Both world-class grapplers and surfers share the need to control their minds and emotions in order to conquer physical obstacles. Confidence is also a common mental trait of both sports. In order to be a champion, whether it is on the mats or on the waves, you need to be confident. The adversity that comes with both is an excellent way to breed confidence that carries over to the other.

In order to excel in surfing, you need the ability to move efficiently and adapt to a number of given situations. At the same time, the goal is to spend the least amount of energy possible. Furthermore, similar athletic abilities mark both sports. Balance, base, quick direction changes and instinctive reactions all feature heavily in both surfing and BJJ. Strength is one quality that is highly interchangeable between the two. The strength BJJ helps develop, especially the isometric is crucial for surfing endurance, for example. Core strength is another major factor in both, and doing one ensures you develop it for the other. Balance is probably the most obvious and important one, though. It’s easy actually – go surfing and you’ll quickly become the “unsweepable” guy in the academy. Moreover, it is dynamic balance you’ll learn, which is much harder to develop than static.