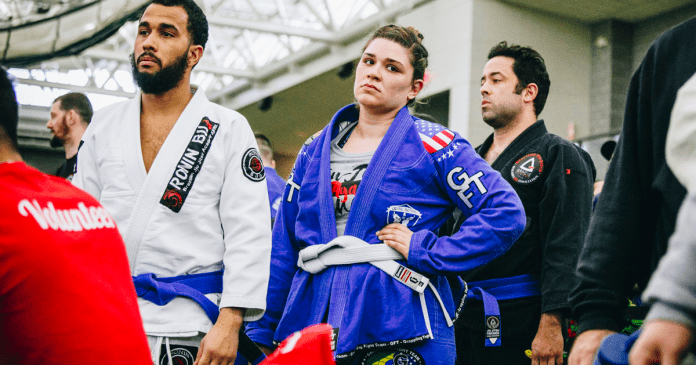 Do you compete in Jiu-Jitsu? Or perhaps, you’re planning to give it a try for the first time ever? In any case, you won’t come across a shortage of information on what to do to prepare or a tournament. In fact, you might even come across too much information on the subject. However, a tournament experience doesn’t just include things to do. There are also certain things that you shouldn’t do in BJJ competitions. This is a part of competition preparation that is rarely overseen in favor of gameplans, tactics, drilling, etc. That is all-important, but you won’t get a chance to use it if you get DQ-ed before you even get to have the first match.

BJJ tournaments are seemingly pretty straightforward affairs. You go there, weigh-in, step on the mats and you grapple. When it comes to the fundamental idea behind BJJ competitions, this is true. However, there are hundreds, if not thousands, little things that can take your tournament experience from being an awesome wone to being a nightmare. It is usually all about the small things that you should or shouldn’t do, but have not paid attention to. WE’ve talked plenty about what you should do. Now, let’s focus on what not to do in order to have a great time in any BJJ tournament.

Getting Ready For BJJ Competitions

Competition preparation can either be a fun process or a grueling one. And that does not relate to the amount of work you do. Of course, you need to put in as many hours as possible. However, you can choose your approach. You can get in it training like it is the Olympics and living your entire life around the fact that you’re competing. Or, you can literally keep it playful and just have fun when you’re preparing. It won’t make you any less successful once you step on the mats, it is just down to personal preference. 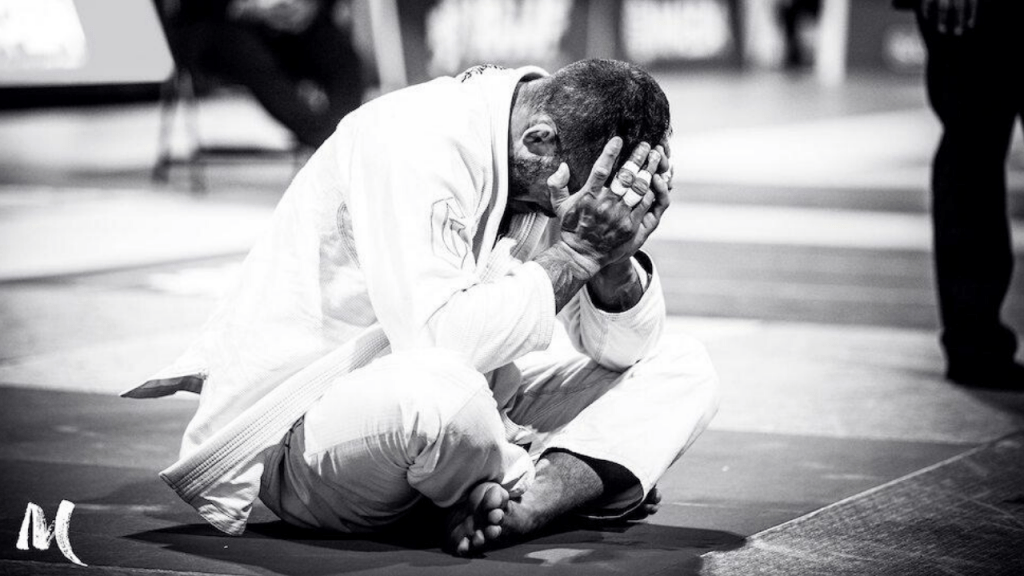 The usual timeline of a competition prep goes something like this: first, you figure out which BJJ competitions you want to compete in. Then, you make travel, accommodation, etc arrangements with your coach and competition team. After you figure out your weight class and age category, you sign up and are ready to start the preparations. The approach to preparing for tournaments is different with everyone. Some like to listen to coaches, others like to make their own game plans, and there are even those that do not prepare too specifically.

Of course, preparations extend to things you do outside the gym as well. Nutrition, strength and conditioning training, recovery, etc. all play a huge role. Some people also like to analyze opponents, look at videos of matches, etc. There are even the few that decide to brush up on the rules and format of the tournament. However, rarely anyone thinks about the things they shouldn’t be doing. And those are exactly the things that might cost you a match, or the entire tournament.

Don’t Do These Things!

It is simple – don’t do anything that is against the rules. If you don’t like a certain rule set, compete in another tournament that has a different format. To that extent, most grapplers do go over stuff they can’t do form a technical standpoint, but only superficially. Moreover, what is important is not just knowing what is illegal, or how you should look and act once on the mats.

There are things that you’re better off avoiding in order to really maximize your chances of performing well in BJJ competitions. Not doing some of these mistakes that are quite common will provide you with a better overall tournament experience. Not doing others will directly affect your performance on the mats.

There’s really no good reason to skip warming up. Even if you’re late, you can squeeze in a warmup on the edge of the mats. People that skip over warmups in BJJ competitions actually mostly do so because they do the same in their Academies as well. Despite the fact that everyone knows they should warm-up before training, and especially before a competition, people think they can get off without it. The results can be anything from injuries, to a stiff performance and the inability to play your game. So, loosen up and get warm before competing. Why wouldn’t you want to be ready?

This is an approach that you can regulate with time. However, the sooner you start approaching BJJ competitions with this in mind, the better. When you’re in a match, you should be fighting, that’s beyond question. Ht question is, how hard should you be fighting? Unless you’re in the main event of ADCC, or a huge final, the answer is most likely “not a 100%”. The more you go ina match with all you got, the more you’re going to feel the consequences afterward. And, if you did well, you still have more matches, with progressively tougher opponents coming up.

When you get to grapple, do it smartly. Go hard, of course, but do not burn yourself out, especially in the very first match. The point is to use your technique and your cunning, not power through everything.

This ties in with the previous point. IN between matches, make sure you can recover as fully as possible. And that doesn’t mean sitting in the warm-up area, panting. Get whatever recovery drink you usually drink, have someone massage your arms, stretch or pop out a foam roller. You choose what to do, but don’t just sit around waiting for your name to be called again. Active recovery will help freshen you up while keeping you loose and warm for the next match.

The rules of BJJ competitions vary greatly. It is not enough just to know what you need to be doing in a match. You should also know all the ways in which you and end up disqualified before you even get to have that first match. What can get you DQ-ed really fast? Wearing a Gi that is too short, too long, too old, or in a disallowed color is one. The same holds true for rashguards in No-Gi. Another is missing weight, even if it is by a few ounces. Also, being late when they call you up can promptly end in you getting kicked out of A competition.

Remember all that preparation leading up to BJJ competitions? Well, people do tend to throw it all out of the window, particularly those who compete for the first time. And that is one bad idea. The gameplan is there for a reason. Usually, a coach has tailored it to you and is ready to help you execute it from the corner. You, dropping it all and going by feel means tall the work was done for nothing. Moreover, as experience shows, this rarely turns out to work in your favor as a competitor. So, stick to the gameplan!

This one is absolutely huge. I’ve made this mistake and it has taught me a valuable lesson. If you’re really dead set on cutting weight, do it in a smart way. Do not cut more than 5-6 lbs. Even better, do not cut any. The way a weight cut, even one done right can strip you of energy is unlike anything else. There’s no point in trying to fight people when you can barely stand.

This one goes without saying, but still. Learn which moves are not legal. But do so in detail. There are many hidden little details that referees always seem to catch. Plus, get to know how all the rules work while you’re at it. Advantages, in particular, can be a very powerful tool, if you can understand how they work. In any case, avoiding anything illegal should be apart of your gameplan, so that’s another reason to read the rulebook before BJJ competitions.

This final point is the most important one. It is also one that will take time. Everyone will do it at first. While competing is fun, you won’t feel like that the first few times. On the contrary, it’ll feel like chaos, and you’ll be worried about everything, from how your opponent looks, to which mat you’re competing on an how you’ll do. Well, stop overthinking. It is BJJ, it is not a life or death battle. Just go out there and have fun and don’t take winning, nor losing too seriously. You’re competing to become better in BJJ and understand the art. Manage expectations. Don’t put pressure on yourself. Most importantly, have fun!

What you don’t do in BJJ competitions will often end up being much more important than what you actually do. Not being aware of the pitfalls and common mistakes people make is shooting yourself in the foot. Give yourself every chance of making the most out of a tournament. Come prepared, but not just for a match, but for a  battle with the competition format as well.