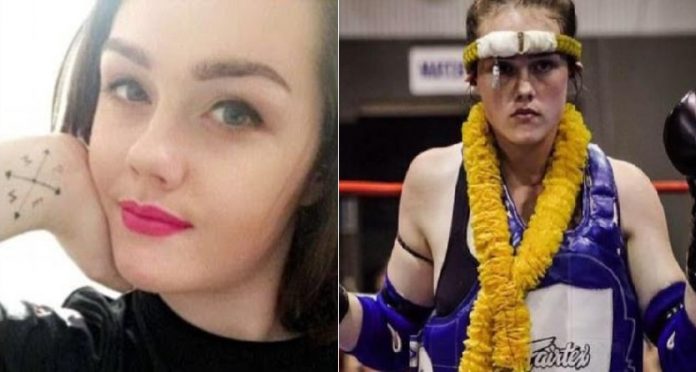 Cutting weight is probably the worst thing in Combat sports. Weight divisions are designed for safety but fighters always want to have an advantage or at least they want to be roughly equal to their opponent. But what fighters don’t get is that they’re in much more danger from weight cutting than fighting a heavier opponent. There is a big list of athletes who died from weight cutting and, unfortunately, Jessica Lindsay is one more on that list.

18 yr old Jessica from Perth who was an amateur Muay Thai fighter collapsed on November 10 while she was weight cutting for the Muay Thai event. She was immediately taken to the hospital and she passed away 4 days after. She died from severe dehydration.

She announced the cut on her instagram profile. On November 1. she wrote “Fit and Healthy” and on November 8. she wrote: “Yeah nah cutting weight is sick hey“. Four days after that she passed away.

What happens while weight cutting is extreme dehydration and it cause heat shock and great exhaustion. What happens is that athletes simply ignore those warning signs because they have focused on “greater” things that they’re trying to achieve and that’s exactly what’s killing them. You should never ignore those signs. This problem mostly hit amateur fighters as pro fighters are usually coached and monitored while weight cutting and they have a much smaller chance of tragic aftermath.