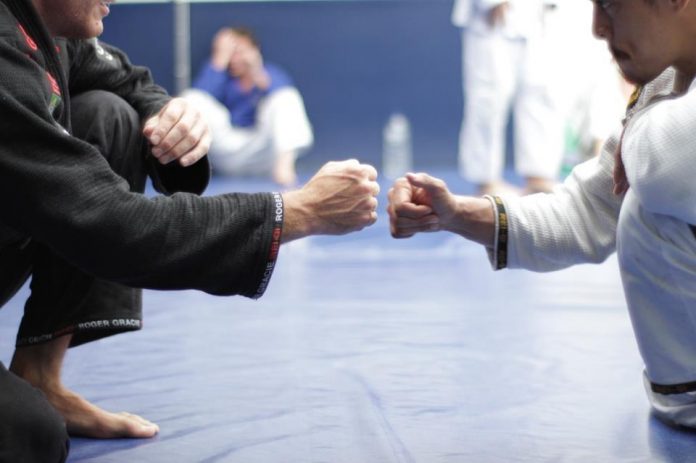 Brazilian Jiu-Jitsu is a sport with many rules. Some of them are there to make the sport better. Some are remnants of a different tie and many consider them aimless in modern BJJ. There are rules that refer to competition environments, and there are rules that dictate conduct on the mats. Among the many BJJ rules, there are some that haven’t been put in writing. These, so-called unwritten BJJ rules are arguably the most important ones.

Unwritten rules are there in any sport and BJJ is no different. The point of having these rules is that they are not official, yet they are crucial to the sport. Having people disregard them often results in the heaviest punishment of all – loss of respect. In an art based on respect as much as BJJ, losing the respect of the community is a big deal indeed. So, following the unwritten rules is actually way more important than following the official rules. Not that they should be ignored – quite the opposite.

What Happens On The Mats…

There is an old saying that goes like this: What happens on the mats, stays on the mats. It is, I think, of wrestling origin. As open to interpretation as this saying might be, it is very true. It is also applicable to every BJJ school around the world. As far as unwritten BJJ rules go, this one is right at the top.

The saying relates directly to the point of respect we discussed earlier. Namely, people that come on the mats to train are there to learn and have fun before anything else. Despite the respectful conduct that is associated with BJJ, grappling is first and foremost a combat sport. This means that people engage in combat, as controlled as it is, and tempers tend to flare up. Despite most people not taking rolling seriously, there are certain kinds of people, or simply, certain situations that “get out of control”. It might be during a particularly hard pre-competition rolling session, or after a significantly bad day out of the gym. Whatever the reason, fusee is sometimes short and leads to unwanted words being exchanged on the mats. 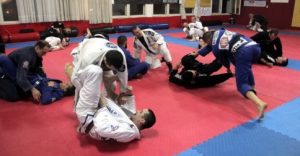 Two points are very important to remember and they both fall under the unwritten BJJ rules category. First, whatever happens, shouldn’t be taken personally. Secondly, as long as there’s no clear intention of causing serious bodily harm, all can be forgiven. As such, it is important to remember that this heated behavior during sparring matches should never extend outside of the gym. The relations between friends and teammates should never reflect mat business outside of the gym.

This brings us to another possible version of understanding the aforementioned saying. To clarify, this one concerns rolling itself and, more precisely, what happens during rolls. It is actually very simple: rolling is training and there should be no bragging about what happens during rolls.No need to boast to your friends how you got that higher belt in a submission. There’s also no need to advertise your grappling success in the training room on social media. These are training partners, not opponents you’re rolling with. You need your training partners in order to evolve and advance. Bragging about what you did in training is one certain way of alienating people and losing valuable training partners. And for what?

Sadly the Jiu-Jitsu community is not without examples of unwritten BJJ rules being broken. And not just by anyone, but highest-level athletes that should serve as an example.

In a much-anticipated event at Polaris 3, two of the top grapplers in the world, Jake Shields, and AJ Agazarm squared off. Now, seeing as this is a competition scenario, the aforementioned rule does not apply. However, with the modern trend of trash-talking, peoples tempers tend to be short and explosive. Such was the case with Shield and Argazam, with their bout being marked by slaps and vile behavior.

The reason behind this unsportsmanlike behavior actually stems from AJ breaking the “what happens on the mats…” rule. Namely, during the build-up to the fight, he took to social media, disclosing information about training sessions he used to have with Shields. He outlined in no uncertain terms that he “used to own Shields in the practice room”. AJ went even further, saying that shields had good wrestling, but not the submission skills to match it. As such, he said he easily bested the UFC veteran whenever they trained together.

If AJ’s point was to get into Shield’s head, he did it in the most disrespectful manner possible. The result was as disrespectful as can be expected, with Shields “Stockton slapping” AJ and refusing to shake hands. Not something we like to see in the respect-reigned world of BJJ.

Beyond The Realm Of Jiu-Jitsu

The Polaris 3 incident is, sadly, not the only one of its kind. in the period leading up to UFC 170, Daniel Cormier was set to fight relatively unknown Patrick Cummins. The latter was at one time a training partner of Cormier’s in the art of wrestling.

Cummins broke a major unwritten rule when he disclosed what allegedly happened. Both athletes are Olympic-level wrestlers that were preparing for the world’s greatest sports event. According to Cummings, he dominated current light-heavyweight champion Cormier so much, that he made him cry. What actually happened is known to but a few, however, Cummins’ action landed him no laudits. He lost his fight against DC in the octagon. He also failed to mention that DC was the one that ended up at the Olympics. 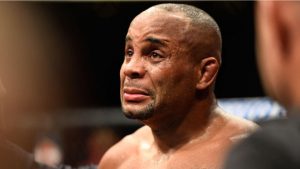 All in all, the mats are a special place for most of us. While competitors are highly focused athletes, with clear goals, the majority of people training BJJ do not fit in that category. People just look to come on the mats, roll, learn and get their minds off things. Actually, some people look for an escape from the drama on the mats, not more of it. So, let’s all respect the unwritten BJJ rules to a T and elevate the art instead of smearing it with hate.