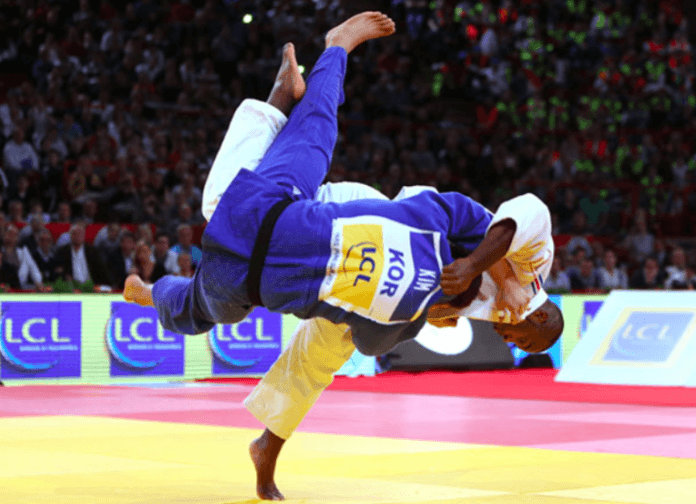 Brazilian Jiu-Jitsu is a direct descendant of the Japanese grappling martial art of Judo. While the BJJ of today is very different from modern Judo, some moves cross the realms of the two arts. Since Judo’s strengths are in the throwing department, it is not surprising that one such move is a perfect fit for BJJ. Even more so when that move is often considered to be the best one Judo has to offer – the Uchi Mata.

The Uchi Mata is one of the most recognizable and crowd favorite throws in all of Judo. It is a fast and furious throw that can cause your opponent some true bodily harm. Furthermore, it almost always give you a dominant position afterward. There are some different variations of the throw. Different variations work with different success in different circumstances The variations of the throw, however, allow a practitioner to utilize the same mechanics in both Gi and No-Gi conditions. With such a high percentage move this is very much an added bonus.

The Uchi Mata is a powerful judo throw, often used as a counter. Uchimata, or inner thigh throw, is classified as a leg technique in the Nage-no-kata of Kodokan Judo. It often uses considerable hip action as well and some references, therefore, consider it a hip throw (such as Judo in Action by Kazuzo Kudo, 9th dan). It is one of the most successful throws in competition Judo at all levels, and it is very difficult to defend against.

As with everything in BJJ, the Uchi Mata starts with grips. Without upper body control, there is no throwing in any kind of grappling martial art. the grips for the Uchi Mata are the regular Judo grips. One hand grips the lapel, at the level of the collar bone, while the other controls the opponent’s sleeve. The point of the grips is to cause a disbalance of the opponent so that you can execute the throw. For that purpose, you need to open the opponent’s arm while pulling with the arm gripping their lapel.

The Uchi Mata For Brazilian Jiu-Jitsu

This throw is one of the highest-scoring throws in competition Judo, but be warned: it requires a lot of work. The Uchi Mata works well against bent-over postures that are very common in BJJ. In that sense, dedicating time to learn it might just be worth it. With Uchi Mata, you partially turn your back towards your opponent while pulling very hard to off balance him. The art of off-balancing is called ‘Kuzushi’ in Judo.

The point is to get the opponent to the ground while keeping top position. In Judo this is not always the case, but in BJJ it needs to be the ultimate goal after a throw or takedown. Judo practitioners often overcommit by BJJ standards and roll right over top of their opponents during the throw.  That’s because one good throw can end the match and they’re not worried about groundwork after the fact.  BJJ practitioners need to use a little more restraint.

There are many variations of Uchi Mata, including hopping versions, non-standard grip versions, and attacking the near leg, far leg, or straight up the middle. One of these variations is the so-called Korean Uchi Mata.

What makes this throw different from the standard is that it requires a double lapel grab. In Judo and Jiu-Jitsu, it is rare to see a double lapel grab. It is almost always a lapel and sleeve grab or a lapel and belt grab. But for this version of the throw, you must grab the lapel with both hands. Start with your dominant hand. Then look to fake out your opponent, by falsely attempting to grab the sleeve. After the false attempt, grab the other side lapel.

Once you have complete control over the Gi, it is time to act. Otherwise, you will be open to takedowns in Jiu-Jitsu, and in Judo, you can be penalized. With the second grip, you need to pull up on his lapel to get him off his balance. Now that you’ve created Kuzushi, put your hip in, pull the lapels and use your leg up his leg to guide him through the air. He will end up flat on his back, and you can then continue on with your ground attack.

The Korean style Uchi Mata is a throw to integrate into your stand up grappling game. Everyone is always thinking about the lapel and sleeve grips. To mix it up, and work this double lapel throw can really confuse some players that are not familiar with Judo throws.

To perform the throw you must force your opponent off balance to the front. It is often done when your opponent takes a defensive posture with the legs spread and arms pushing strongly as the upper body is bent forward.