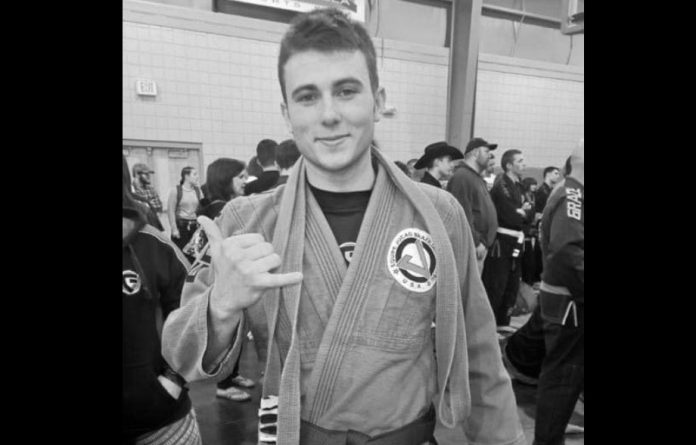 Despite hating to be the bearer of bad news, we have to report about a loss of one of ours today. Yesterday a highly accomplished and respected grappler in Adam Roy Williamson was shot to death in Louisiana. The Grappling community is together in condemning the brown belt killing and mourning the Gracie United grappler.

The Brown Belt Killing In Louisiana

In a very sad turn of events, Team juggernaut from Louisiana lost a team member, friend, and teacher in Adam Roy Williamson in the most unexpected and brutal fashion possible.  The 20-year-old was the victim of yet another act of gun violence.

The shooter, also 20, was identified as Jeremy Edwards. the shooting took place at an apartment complex where Edwards shot and killed two men, one of which Adam. In what seems to be an unprovoked attack, Edwards opened fire on a group of friends in The French Colony complex. The second victim is National Guardsman Dustin Wiltz. The brown belt shooting hit the BJJ Community hard, given Adam’s appreciation in grappling circles.

The police managed to arrest Edwards after a brief car chase. There’s a big list of charges that he’ll have to answer for.

Who Was Adam Roy Williamson 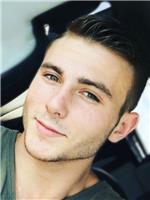 Adam Roy Wilson was a brown belt under his father an IBJJF Masters Champion. Adam was also an up and coming MMA fighter and a Jiu-Jitsu kids coach. He also held some big accolades in various grappling competitions including IBJJF and Cage Warrior.

Adam was a model grappler, amazing teacher, and overall good guy. His untimely death plunged his family and team into disarray. Our thoughts and prayers are with Adam’s family and team members. At the same time, we strongly condemn the cowardly act that took away one of the BJJ community’s brightest future hopes. His father reacted with a heart-breaking post on social media.

“I live life without fearing much but almost every night when talking to our Maker I asked for the same thing just to keep my kids safe. The thought of this has haunted my nights from the day they opened their eyes. I’d imagine most parents have this fear. Whatever I’ve done wrong in my life whatever sins I’ve now paid the cost 10 fold with this one crushing blow. Does a human heartbreak beyond repair? I can now answer that question with a statement when Adam was born it took a piece of my heart to make him live and over his life, at times I had to give more to keep him and then without warning all of it was stolen with no way to get it back. No parent should have to feel this, it’s unnatural for our babies to go before us. I’ve had my share of pain in this life but didn’t understand before now what true suffering was. Regret fills every breath I take, tears I have cried a river and still fear the ocean that’s coming from a lifetime without him. Whatever fight the creator put inside me he stripped it from me when he took my Animal.
I need no sympathy just giving a reason I haven’t returned any text, calls, messages, posts. I’m not avoiding anyone on purpose, talking about this is difficult but I want to thank all of you for sending them it means more than I can say.” – Lang Williams