Being trapped in an armbar during a fight is not ideal, and breaking your arm at the same time is also not ideal. On Halloween, both hit young Sidy Rocha, who got her arm broken by an armbar submission during Standout Fighting Tournament

At the STF 22 event in Brazil, Rocha and Karine Silva fought each other in the title fight. In the first round, the fight moved to the ground and Silva immediately started looking for the ideal position for the armbar and almost succeeded before the referee stopped the fight. As she tried to defend herself from the armbar, Rocha broke her arm. Neither fighter noticed a broken arm at first, but the judge stopped the fight with a quick reaction and called the doctors who were waiting outside the cage.

The weird thing that happened in this fight is that Sidy Rocha almost got her arm out of an armbar and her elbow was out but the pressure of an armbar applied by Karine Silva broke her Ulna and radius bones. It’s a very rare situation for the armbar position because the armbar is usually breaking the elbow and its structure, not bones like the radius bone and ulna. 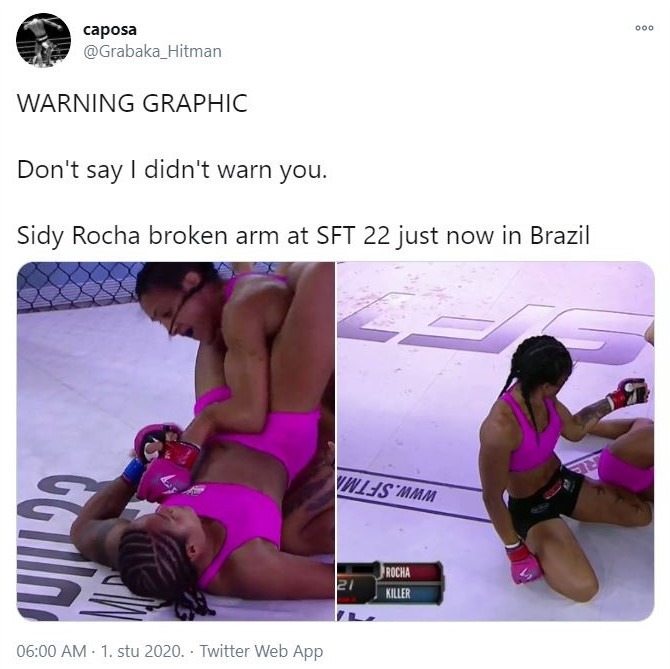