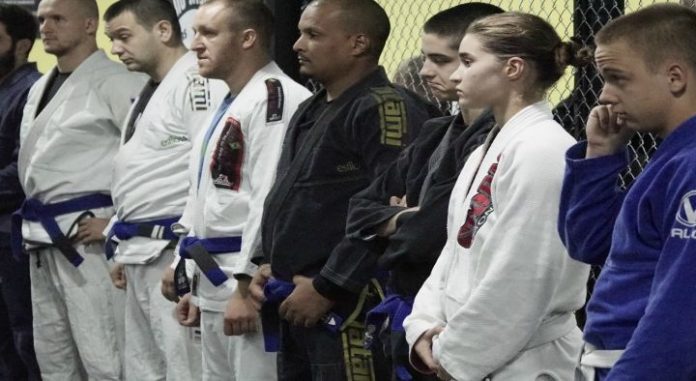 It sucks to be a beginner! This information is hardwired into our brains. It is an evolutionary trait that makes us look for progress in every aspect of life. Training Brazilian Jiu-Jitsu is not much different. People walk in, and straight away they look at blue belts with jealousy. They do not look the same way at purple, brown and black belts though, because they seem to be too far away. So, for every beginner in Jiu-Jitsu, that blue belt is the first major goal, one arguably even more important than the black belt. Everything to get you out of the beginner zone (seen as almost as bad as the friend zone).

However, there’s a very strange, yet common occurrence in BJJ once people get their blue belt. What happens is that fresh blue belts start slowly disappearing from the gym. All but those that are very near to a purple belt are susceptible to this syndrome. Even some of the greatest grapplers of all time admit to experiencing the blue belt blues. Tom DeBlass (Link FB) himself almost quit at blue belt. He didn’t though, and look at him now he’s one of the most influential grapplers in the world. But why does this syndrome happen? What is it that makes people quit exactly at this level, regardless of age, sex or location?

No matter what belt you are, you’ve seen at least one example of the blue belt syndrome at your academy. When you look at it, many people come and go from BJJ, but most either quit right away or at blue belt. The vast majority of people never make it past the blue belt. Only those that are most dedicated manage to reach the purple belt. There’ a saying that once you reach a purple belt, you’ll stay true to Jiu-Jitsu for life. There’s a statistic that points out to a number of only 1-3% as an indicator of how many people make it to black belt. Whether this number is true or not, the fact remains that people give up on BJJ in large numbers at certain points.

The white and blue belt periods are the most difficult in Jiu-Jitsu. This is understandable, as these are the survival belts. You get beat up on a regular basis as a beginner. Thing is, that when you get your blue belt, you won’t get better at BJJ overnight. That means you’re still going to be just food for purple belts and above. Furthermore, it takes a long time to earn a BJJ belt promotion. People work their ass off to get to blue and suddenly realize that they need to start all over again. It might even take more time to reach purple. Actually, the blue belt is very often the longest time someone spends at one belt level.

Reasons For Quitting At Blue Belt

The highest blue belt dropout rate is mostly due to a few major reasons. Before we look at them, let’s give Keith Owen credit for a saying of his. He claims that if you decide to consider quitting BJJ, you should at least wait until you’re a purple belt. At least by then, you know if you like BJJ or not. Chances are if you’re still there, you like the sport, no question about it. Despite this, there are valid reasons to feel that Jiu-Jitsu is not for you, and it is OK. All it takes is patience to discover if you truly like the art. After all, quitting after the first major milestone is not a very good show of character, is it? 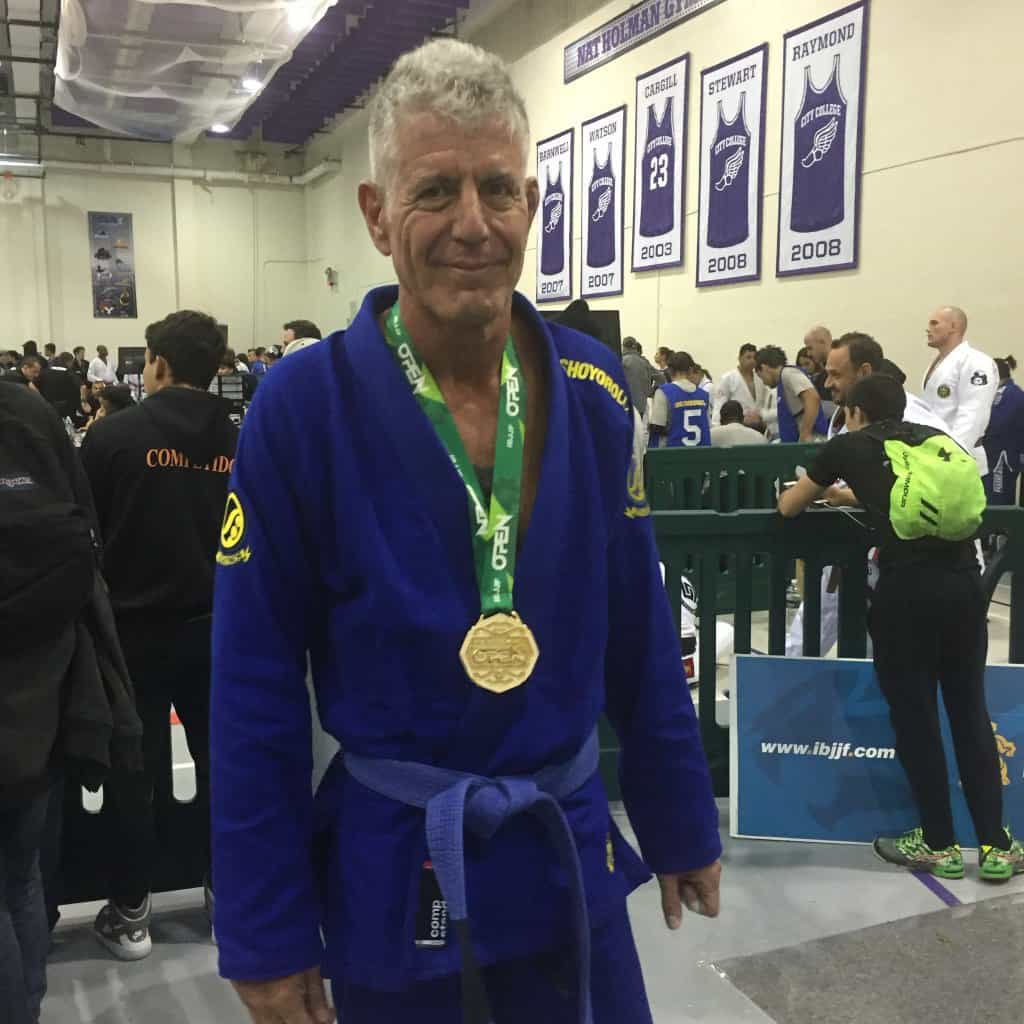 Out of the plenty of reasons why someone might give u on grappling, some occur way more regularly than others. Continuing below, we bring you the 5 most often cited reasons for giving up the gentle art as a blue belt:

One very sound and a very common reason why many people quit after getting their blue belt are injuries. In a combat sport that takes place across multiple levels, injuries are a given. Injuries are common at every belt level, but there’s something about blue belts that seems to attract them more.  There are a few reasons for this. One factor is the time most people spend at this level. To get to the blue belt you’re going to need at least a couple of years. Even with regular training, a couple more are certain before you can even think about purple. That’s about four years of grappling training, where you mostly have no idea what you’re doing.  It is a real recipe for injuries and they’re often a deciding factor in giving up.

In terms of injuries, it is not always serious ones that lead people to forget about BJJ. It is mostly the accumulation of small lagging ones that tend to reoccur. They’re a real nuisance in every aspect of life and often the culprit behind the blue belt dropout rate.

Time also ranks high on our list of reasons. When we speak of time we mean time in two distinct aspects. The first is the time it takes to reach the purple belt. In truth, you might be able to shorten your beginner days if you train regularly and are athletic. A background in other grappling martial arts also helps a lot. However, getting to blue is almost a guaranteed 2-3 years of your life. This is with regular training, mind you. Some people, are not willing to sacrifice more time to reach the next step than they did to reach the first one.

From a second standpoint, BJJ requires a lot of time to train. Even if you don’t train every day, you’ll be at the academy for a few days out of the week. A regular class is at least an hour and a half long, and often even more. Add to that commuting time, and that’s already more than two hours of your time. Now, connect the need to fit BJJ in your life with the time it takes to reach the purple belt. Both these temporal reasons are a huge factor in people turning their back on Jiu-Jitsu.

This one is closely connected to the “I don’t want to be a beginner” mindset. To make things clear from the start, this is not a wrong way to approach training Jiu-Jitsu. It is, however, a costly one, if you maintain it as you progress. After a year or so in BJJ, you’ll know that there’s no way that you’ll be able to take on all the blue belts once you get one yourself. Some of those guys are nearing purple belt, which means they have at least double the experience you have. So, people that expect to dominate every white and blue belt right off promotion are gravely mistaken. In fact, thinking like this often leads to feelings of self-doubt that ultimately result in a loss of the desire to train.

Ego is a dangerous thing, and this is especially true in BJJ. Funny enough, the time when the ego is most apparent is a blue belt. If you let it dominate you, though, you’ll most likely end up selling your Gi and moving on.

One very common reason, or better said, an excuse is that “life gets in the way”. Honestly, if you love something very much you can make time for it, as is demonstrated across the globe.  The fact is that most of us are not full-time grapplers. It is a hobby, an escape from everyday worries, and not an obligation that you need to go to. People that see it as such, tend to leave even if they seem like hardcore grapplers up to then. 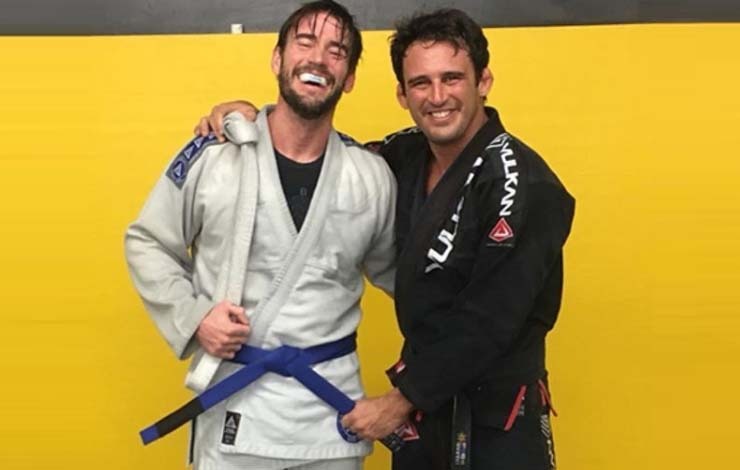 Many people nowadays did not start BJJ as kids. That means that by the time you get to blue, you’ll probably going to have major lifestyle changes. But marriage, a kid, a mortgage, you’re going to be pressed for time. it’s just a fact of everyday life. It is normal for people to prioritize life over the sport, but only when you look at BJJ like that. What people that push past blue belt realizes, is that Jiu-Jitsu is therapy, just one done on the mats instead of a chair. Too bad blue belt’s never had someone to explain this to them.

Finally, a more technical reason for giving up on BJJ is hitting a plateau. Remember how I already pointed out that getting a blue belt doesn’t mean you’re instantly better at BJJ? Well, the blue belt is the period when most people hit a snag or two. You know some grappling, but you’re far behind most advanced students. Actually, you’ll find out you’re nearer white belt level. This is the time when blue belts go all-out to improve and end up making lots of white belt mistakes. This seems like going backward and their will to train gets crushed.

The solution is simple and all blue belts know it. It is the same advice a beginner gets- tough it out. Just keep showing up and put the work in. Every purple belt and above was once a blue belt. They had their fair share of blue belt blues as well but just kept showing up. A little persistence is going to go a long way in making you a lifelong part of the BJJ community, instead of just another blue belt dropout.