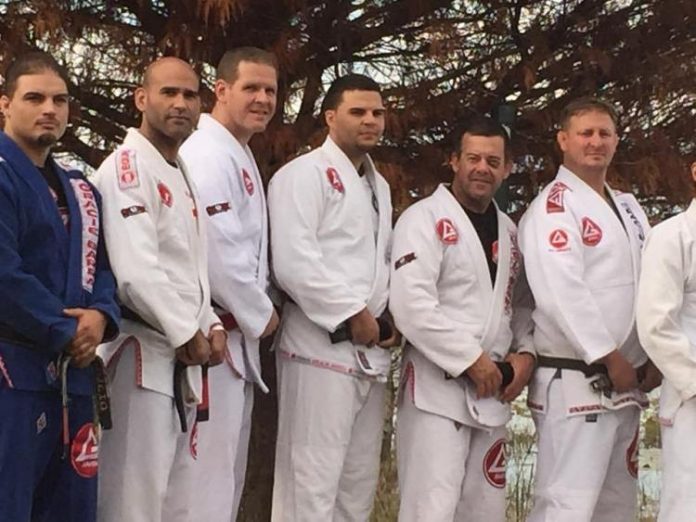 If you have ever visited a BJJ academy outside your own or attended a seminar, you’re aware of how different BJJ coaching styles can be. Even within the bounds of your Academy, different coaches have different ways of conveying grappling knowledge. Some are your quintessential Professor types, both in rank and coaching style. Others like to use their own experience and grappling style to try and show you the ways of the Gentle Art. Some may even be prone to teach you according to your body type and mindset, give the correct circumstances. Or, you may run into the guy/girl who’ll teach you seemingly crazy stuff that actually works unusually well. Which one do you prefer?

In truth, there are as many BJJ coaching styles as there are BJJ coaches. Still, when you look into each and every one of them, you’ll notice some similarities or differences. These place the aforementioned coaches in one (or even more) of a few coaching style categories. Before we proceed, let’s make it clear that these are definitely not the only available coaching styles. They are, however, categories that fit the styles of BJJ coaches worldwide. They also help us understand the methods that coaches use and in turn, figure out who we want to learn from best. Straight to it, then!

before we explore the entertaining world of BJJ coaching let’s get a few nomenclature questions out of the way. Very often, in academies across the globe, you’ll encounter a few terms taht refer to Jiu-Jitsu coaches. The most widespread are coaches, teachers, instructors, and professors. While they all might refer to the same person, in certain Academies you might end up insulting someone. In that sense, it is better than you know the unwritten rules.

The term professor is usually reserved for black belts only. Certain organizations or gym affiliations tend to take this very seriously. Let’s remember that in Jiu-Jitsu, coaching is not limited to black belts only. Apart from white belts, students of all other ranks might be involved in BJJ coaching, or even be full-time coaches. However, what they’re not, at least until such time that they earn a black belt, is professors. IN that sense, I’d reserve the term teacher for black belts as well. 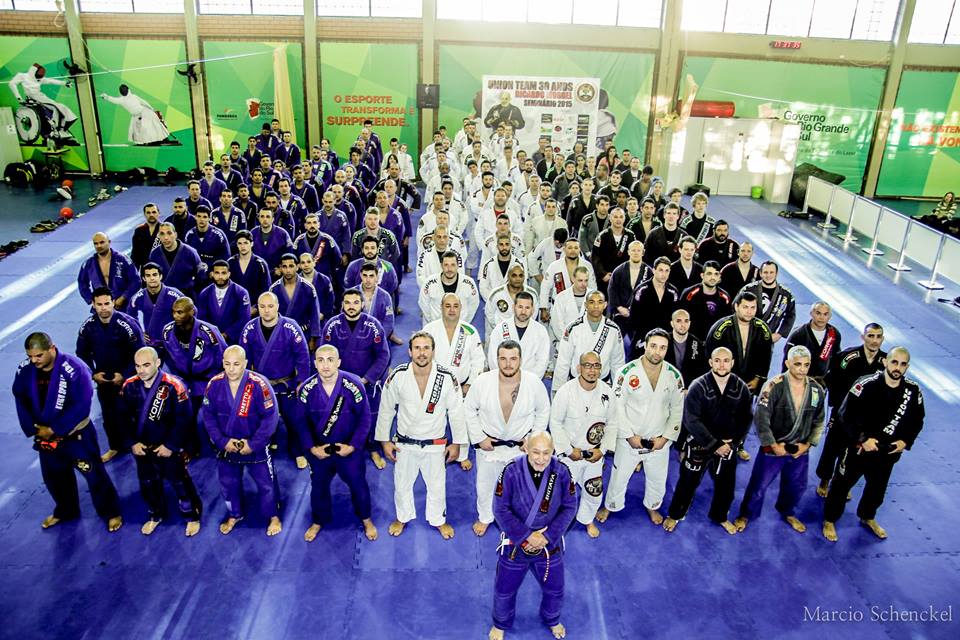 The reasoning behind this is that professors or teachers are so knowledgable of the art, that they can teach it to others. Others, namely coaches/instructors are simply demonstrators who can demonstrate moves but still have more to learn before they can teach, per se. So, in short, professors/teachers are black belts and instructors/coaches are all other belts that are involved in leading a class.

It is important to note that many academies couldn’t care less about such formalities, and you can address the person in charge of class however you want. In stark contrast, you might also run into overly formal associations that like to use terms like Master and grandmaster.

Now that terminology is out of the way, let’s get back to BJJ coaching styles. Remember that, as a beginner, you’ll have lots to learn from each of them. When you start BJJ it is mostly Academy philosophy and personal preference in a coaching style that’ll define your choice. As you become more involved and progress, your goals will most likely define whose classes you enjoy most. Luckily, most academies have a few different coaches and groups that allows for a lot of variety.

Finally, remember that if you stick with it, you’ll become a coach yourself one day. While your coaching style is going to be primarily influenced by your BJJ game, it is nice to know which category you fit into. In many cases, you’ll see that you’ll end up emulating the coaching styles of those coaches that influenced you the most throughout your journey.

For an old-school coach, you’ll need access to someone who is truly seasoned in BJJ. The old-school BJJ coach is not necessarily a competitor, but most likely has lots of accolades to their name. They’re also extremely big on fundamentals, and their grappling style reflects that as much as their coaching style. They like to keep things simple and effective, at the expense of attractiveness.

The style of these coaches is perfect for beginners and advanced students alike. The reason for this is that they can explain things both simple enough for beginners and deep enough for brown/black belt students. Blue and purple belts tend to feel bored when exposed to such a BJJ coaching style, but will inevitably benefit hugely from it. DIscipline is a huge trait of this type of coach and they’re also most likely fond of the Professor or even Master title.

When you have a relentless competitor for a coach, you can expect to part take in some grueling training sessions. Belt level does not make much difference for such an instructor. Although they do have a wealth of knowledge, competitors like to teach class much like preparation for competition. That means a precise focus on certain techniques and a whole bunch of innovative ways of training. If your training sessions are based on drills, and techniques always take into accounts points, advantages, and similar tournament terminology, you’re training with a competitor coach.

Who will benefit most from this type of BJJ coach? Well competitors, of course, since the competition experience of such a coach is invaluable. Also, those looking to get into shape, since classes are dynamic and very demanding. Expect a lot of positional and live sparring as well. Furthermore, this is the preferred style for people who like a lot of structure and discipline to their training sessions.

You might quickly recognize one of the most prominent coaching names in Jiu-JItsu as belonging to this BJJ coaching style really fast. John Danaher is a clear example of a “scientist” BJJ coach. These are the guys that use deduction and the scientific method to analyze Jiu-Jitsu, and in turn, teach it to others.

This coaching style involves a lot of scientific terms, mostly based on the person’s own background. A lot of physics, sometimes mathematics, anatomy, etc often make their way into these coaches classes. They have the deepest understanding of the art and often teach in way of principles and concepts rather than techniques. If you’re looking to pick up moves only, this style won’t fit you. Neither is it a good fit for complete beginners, as these types of coaches often do not have the patience to go over the fundamentals with beginners. Still, this is arguably the best BJJ coaching style for art as complex as Jiu-Jitsu. Blue belts and onwards should really relish the chance of learning from such a teacher. Very laid back in terms of addressing terminologies.

This is the polar opposite of the Scientist BJJ coach. Wher the Scientist uses deduction and logic, the artist is free-flowing and likes to come up with things based on inspiration. They tend to develop very unusual grappling styles, reflected in their style of teaching. People like this often come from an artistic background and tend to be really creative. Classes are also usually without a very clear structure and might even change subject halfway through. the insight into Jiu-Jitsu, however, is unlike anyone else’s for sure!

A drawback of such a BJJ coaching style might be that the moves are often quite specific to the coach’s own game. This includes body type and athletic abilities. A great example of an artist BJJ teacher is 10th PLanet Founder Eddie Bravo, who also happens to be a musician. Absolutely no care in terms of how you address them. 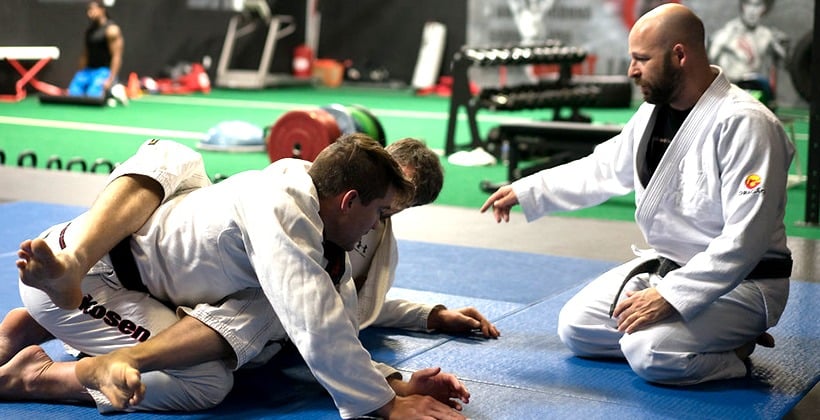 It takes a special kind of person to be able to teach a complicated art like BJJ to kids between the ages of 4 and 12. Very often, the kids’ coach is also helping out with other classes, and some people do enjoy learning from them. This BJJ coaching style is actually a unique blend between the scientist, artist and in a certain measure, the old school coach, the focus with kids has to be on fundamentals, but there has to be entertainment. On top of that, kids need to actually learn which requires some innovative explaining.

If you’re in class with the person who teaches kid’s class you’ll get a lot of individual attention. Depending on the subject matter and class level, you’ll also get a huge level of detail. In case you’re struggling with something, expect an innovative solution to fit your individual needs. Oh, and warm-ups are so much fun! The perfect style for kids (obviously) but also beginners and people looking to improve their fundamentals. Very big on discipline and structure.

This is a more modern type of BJJ coach. This is a style that relies on the BJJ world as a whole and what’s going on in it. the nerd knows everything there is about the latest trendy move, but also about all the moves that used to be real hits. they also have crazy wisdom on some obscure moves borrowed from Smabo or Catch Wrestling that’ll blow your mind.

BJJ nerds are usually crazy good competitors, but they might be difficult to follow as teachers. They can be great for everyone one class and confuses all students the other. They live for BJJ, breathe BJJ and will do everything for it. These coaches also have so much knowledge and reference that only other BJJ nerds can fully follow them. they are a source of some key information though, often the tiny details that completely make or break moves.

Although they shouldn’t really be considered as coaches, we have to mention them. This is more a word of caution so that you can recognize and run form them. When you see a coach act in a suspiciously cult-liek fashion, alarm bells should go off. You’ll most likely be required to wear specific equipment, bought from the coach. Everything that happens is business oriented and even the classes are more like infomercials than proper BJJ classes. Not hard to recognize and nothing to learn from. Check out all the warning signs of a McDojo gym HERE!

Choosing an Academy that suits your needs is very important. Choosing one by a coach, though is a bit harder. Each academy has at least a few coaches, and you’ll most likely be exposed to different BJJ coaching styles often. The best thing to do is know what you can learn from each, and soak everything up, The fact is, each coaching style brings something different to the table. They all have something to teach you and you should listen to all. OF course, it is normal to have a favorite and try and spend as much time with that coach as humanly possible!

Can You Get A Black Belt Without Competing In BJJ?