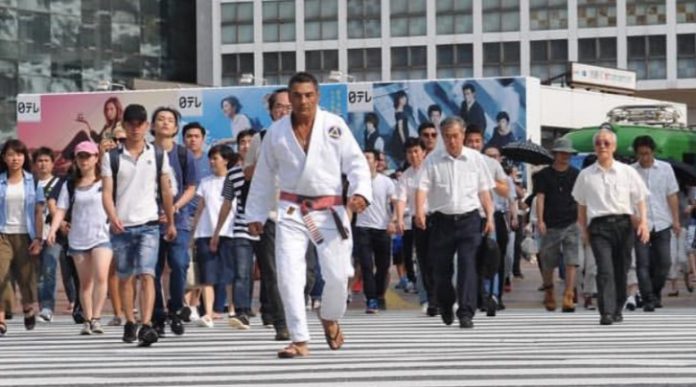 The life of a BJJ instructor is definitely not an easy one. Most of us do not have full-time careers in BJJ. As such it is the love of the sport and sheer enthusiasm that makes a BJJ instructor put hours on the mats, doing what they love. Furthermore, they’re the people guiding you through your BJJ journey, one step at a time. A BJJ instructor usually has at least one class to teach, and it is rarely just a small group of people. In many instances, instructors will have to teach back to back classes for hours at a time. While this is something they choose to do, paid or not, it is only courteous to make sure you’re not getting in the way of class and their efforts. After all, learning Jiu-Jitsu without an instructor is going to be an incredibly difficult task!

Do you pay enough respect to your BJJ instructor? Or are you the student who causes disruptions to classes? while you might hear your BJJ instructor talk to you about certain things you’re doing wrong, the truth is, they’ll keep most things they want to say to you to themselves. The reason for this is that they know that after a while, you’ll probably find yourself in their shoes. After all, some of them were also probably in your shoes not too long ago.

People across the world do not all have access to black belt instructors, and that is ok. The thing to know about BJJ instructors that they love what they’re doing. So, regardless if your BJJ instructor is a blue or black belt, make sure you’re not making their job more difficult with some of the small things that annoy even the coolest of coaches.

The Point Of View Of A BJJ Instructor

When a BJJ instructor walks through the doors of the academy, there’s usually nobody there. They always come in first, taking care of things before classes start. Lights, ventilation, heating, attendance cards, and various other small tasks that need attention. As students gather, a BJJ instructor is already on the mats, gi, or rashguard on, greeting them all. 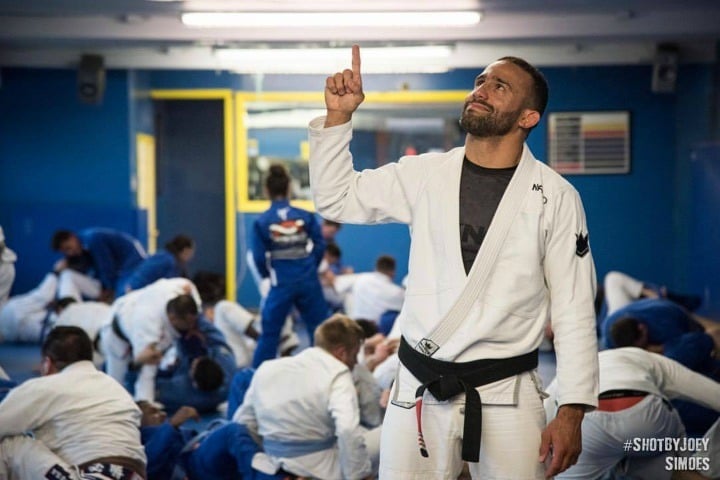 When class starts, the goal of the instructor is to get everyone ready for the day’s training. This includes a short message at the start of class and a thorough warm-up. Depending on the schedule, there’s likely a class after that one, so everything needs to be on time. Next up, it is the technical portion of the class where instructors truly shine. After the meat and potatoes of class, an instructor needs to make sure students get to drill the moves they just learned. Of, course, at the very end, it is time to roll, where everyone likes to get around with an instructor.

When classes, if there’s time there are usually people asking all sorts of questions. there’s also the task of monthly fees and keeping up with the attendance log. And, in most cases, it’s right back to it for a few more classes, featuring everyone from 4-year olds to adult competitors. Now imagine how easy it is to interrupt class and the instructor’s rhythm. the thing is these interruptions usually cascade and will affect other classes as well. And it is all about the small things most instructors usually do not point out often.

If there’s one thing that’ll drive a BJJ instructor mad it is when white belts try to explain techniques. there’s actually a reason why there is an instructor, and it is not you, at least not at present. The explanation that the instructor gives when demonstrating is more than enough to train. There’s no need for your “expertise” on the move, especially when you’re looking to share it with all the others. Furthermore, if there’s anything more annoying than that, it is trying to give advice to your partner when the instructor is there correcting them during technique practice.

Talking over the instructor or trying to be one when you’re not fit is a cell sign of disrespect. BJJ is a martial art built on respect, and instructors are the ones that deserve most of it. So show some respect and keep your mouth closed unless it’s time to ask questions.

Walking Out And Talking

In terms of discipline, Jiu-Jitsu is much looser compared to some traditional martial arts. This, however, does not mean you have permission to act like a spoiled 5-year old kid. Talking at any point during class is something that you won’t get reprimanded a lot for in BJJ. However, it will annoy your BJJ instructor, often to a point where you might get warned. Keeping up with it, especially thinking whispering solves the situation is even more annoying.

Something that’s also completely disrespectful is leaving the mats without explanation. Your BJJ instructor is responsible for your well being, and that of everyone else on the mats Whether you’re sick, having to go to the toilet or whatever the cause, ask the instructor to leave. Simply walking off the mats leaves instructors annoyed and often times worried.

Tom DeBlass is one of the best instructors in the sport of BJJ. he has immense knowledge of grappling and can teach everyone how to be a world champion. Check out his ” High Tech BJJ In The Gi” DVD set, for instructions on setting up a wicked Gi game.

While there’s no need for bowing and kneeling on our knees without moving a hair in BJJ, some basic discipline is still required. For one, you need to make sure you come in on time and get ready and dressed. Being constantly late on purpose is not going to do or your BJJ instructor any good.

Speaking of which, neither is skipping warm-ups. We can all agree that warming up is the least interesting part of the class. However, your instructor probably did the same routine a few times that day already. They’re definitely more bored than you but still train correctly. So, do not skip over, or slack the warm-ups, if nothing else, than to spare your instructor.

As far as timing goes, apart from coming to class on time, try and pay your monthly fee on time as well. Running an academy is not an easy thing to do, and having fees sorted on time can help things a lot.

Finally, whenever you’re in class, and you’re learning a move “you know” demonstrate patience and work on that move. Stop doing stuff that you like to do, or think you need, when the technique of the day is something completely different.

Another thing that will annoy both training partners and instructors alike is hygiene. Or, better said, the lack of it. Remember to come into class clean and healthy. If you’re sick or have a skin condition of some sort, heal up first.

Also, make sure you’re always packing a clean Gi or rashguard and spats. Training with the same Gi as the previous class is a huge no-go. It is better to come in class wearing a T-shirt and a pair of shorts than a smelly Gi.

If there’s one thing your BJJ instructor does want you to do, it is to ask questions and talk to them. If there’s one thing no BJJ instructor can do, it is read minds. So, make sure you ask, talk and communicate with your instructors often. Go to them about anything and they’ll be more than happy to oblige. Just make sure you’re not interrupting class all the time. If you have a prudent question ask if shortly and precisely. Later on, during Q&A or open mat, you can go deeper into it with the instructor.

Easy on the white belts 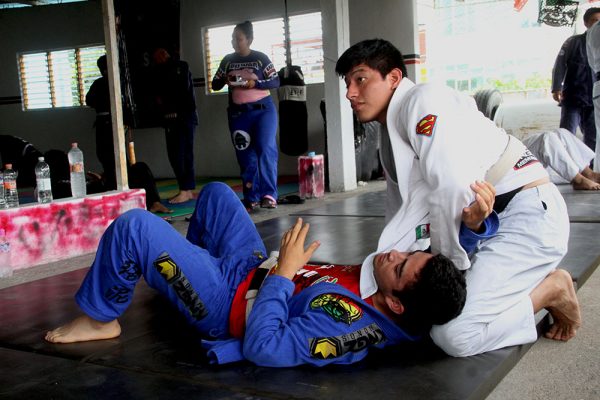 This one goes to every blue belt, and some older students as well. As people point out plenty of times, white belts are not food. Be mindful when rolling with beginners, or even more experienced white belts, for that matter. There’s no need to approach every roll like the finals of the World Championship. Take it easy and make sure new students get to learn from you, instead of getting hurt. This approach will help you learn as well, and it’ll make your instructor’s day much easier.

Finally, remember that your BJJ instructor, no matter if they’re a blue or black belt, are also still learning. In BJJ everyone is learning all the time. Actually, teaching is one of the best means of learning there is. So whenever you’re being a nuisance, you’re actually stopping everyone, including your instructor, from learning and advancing.

The thing with Jiu-Jitsu is, that if you stick with it long enough, you’re going to end up on the opposite side one day. So, when you’re the one giving instructions not too long from now, you’ll learn how annoying you were. Give your instructors a break and start acting more responsibly on the mats. It is going to be your first serious step towards becoming a BJJ instructor yourself.

Never Say These 7 Things To Your BJJ Professor

Should Lower Belt Student be Able to Submit a Higher Belt in BJJ?

How Training BJJ Too Much Can Hurt Your Progress