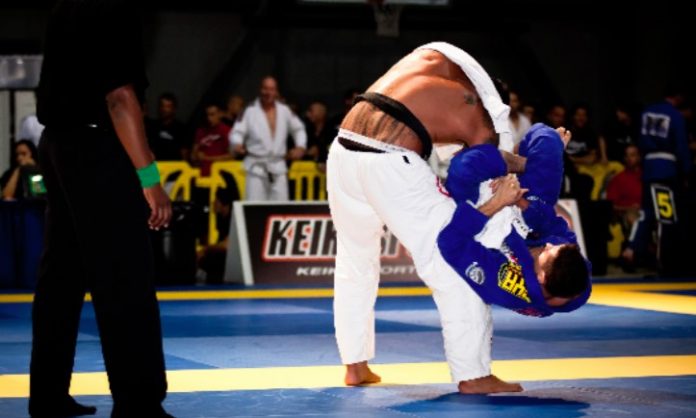 The key defining characteristic of Brazilian Jiu-Jitsu was its ability to defeat bigger stronger opponents with ease. Now, this is a claim that most martial arts have. However, only a few can really deliver on that promise. Luckily, BJJ is among those that truly can allow a smaller and physically weaker person to finish a much stronger and bigger opponent. Actually, beating bigger guys (or girls) is the reason BJJ came to be. As such, it is still just as effective today, even if your opponent is also trained in the Gentle Art. However, when your opponent knows what’s going on you need to be smarter and very precise. There are certain BJJ for small guys strategies that work against all kinds of opponents.

The trouble with small people (speaking from experience) in grappling is. well, grappling. In most other martial arts, smaller people rarely end up on the ground. Even if they do, there are very few grappling martial arts that involve a 30-40 lbs heavier opponent on top of you for extended periods of time. BJJ for small guys is the solution to this conundrum. it’s just like regular BJJ, only way more restrictive. The reason for this is to nullify all the advantages big guys have over you. Since this approach is very skill and technique used is equally good for small people or women grappling men. In any case, BJJ for small guys is a strategy just like dealing with a Judoka or Wrestler on the feet is.

Successfully out grappling experienced bigger opponents in Jiu-Jitsu is truly as close to giant-killing as you can get. It takes a really focused grappler to deal with bigger people’s strength, pressure, and other physical advantages. On top of that, we’re talking about a technically skilled opponent, not a novice at grappling. Let’s dive into some of the most effective strategies to get you out of such an encounter without crushed body parts. 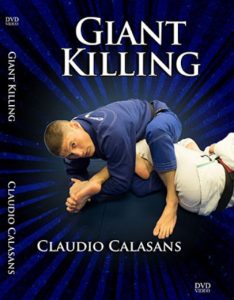 Claudio Calasans knows a thing or two about giant killing. Actually, he knows everything and very selflessly shares all his tips and tricks. Instead of taking a long way and discovering how for yourself, use the “Giant Killing” DVD set by Claudio Calasans to become a nightmare for bigger, stronger opponents!

BJJ For Small Guys – The Concepts

When you’re looking to utilize BJJ for small guys, you need to first be aware of the dangers, and then know which avenues you can use. The dangers of grappling bigger and stronger opponents are two-fold for the smaller framed grappler. First of there’s the obvious issue of weight difference. The heavier the opponent. the easier it is to get crushed under their weight. There’s also the fact that they can literally pick you up and throw you, or force a submission with no technical skill requirements.

The not so apparent dangers lie in getting stuck yourself. Now, getting stuck in matches with people similar to your build is already a bad thing. Getting yourself in a bad situation when you’re grappling someone doubles your size is arguably the worst thing you can do in Jiu-Jitsu. This means that certain things you might usually do when you roll have no place against ultra heavyweights.

In terms of the basic BJJ for small guys concepts, there are two main things to keep in mind. First and foremost, never ever attempt to overpower a stronger opponent. Even if you have your legs vs. their arm, a sufficiently stronger opponent is going to ragdoll you. There’s no place for direct strength vs strength battles when you’re the significantly smaller grappler.

Also, remember that you can’t be playing a slow controlling game. Regardless if you’re on top or bottom, you”re in danger constantly, even if it’s not apparent. This is why reaction should be your primary strategy. Do not look for comfort in any one position and look to flow and react to every adjustment your oversized opponent makes.

Actually, the same thing that makes you weaker against bigger guys is the same thing that is your biggest strength. It is your size. You’re really easy to pin and control when an opponent establishes positional dominance. However, they need to catch you and pin you first. If you’re efficient enough with your movement, you can use your size to your advantage. Certain spots that are usually too tight now hold enough space for you to go through, this means you can use your opponent’s movements to establish a dominant position for yourself.

Also, you can nullify the strength factor by using leverage. Well, leverage and strategy, since certain moves simply won’t work. But more on that later. For now, remember that for a sweep, for example, you’ll have to time and position yourself just right and avoid using even an ounce of strength. Forcing stuff is going to get you stuck, whereas leverage is going to force your opponent to buckle powerlessly. This can be a major strength of yours if you understand how to use it correctly. 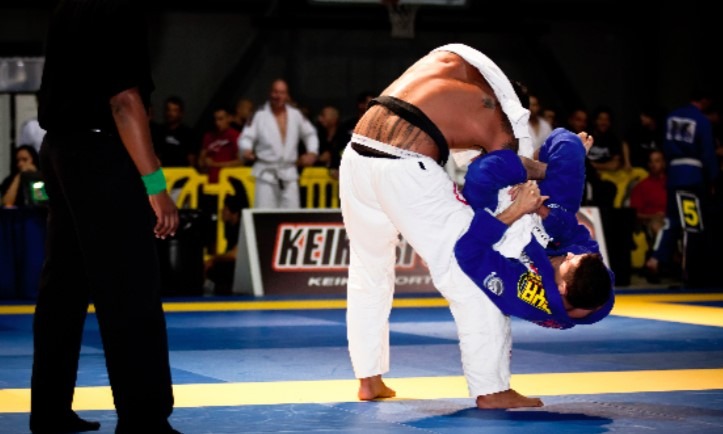 The one key thing you can do against people larger than you is move. You need to move fast, move smart and keep on moving constantly. The moment you get pinned, it is probably over. You might end up escaping but at a very high physical cost. Instead, you need to always be on the move. In order to be able to withstand such a high rate of movement, you have to be smart. This means moving minimally in order to gain a maximal advantage. It also means you should be flowing, keeping your body loose and relaxed at all times. It may sound counter-intuitive but this way you’re going to become much more difficult to hold compared to being tense.

Mobility is another major factor. You can’t jsut move, but have the ability to move in very specific ways, Luckily, smaller guys are usually more limber anyway, so you shouldn’t have trouble with that. If there’s only one thing you should focus on in terms of mobility, it is the hips. If you keep your hips free, you’re going to frustrate even the strongest opponent with ease.

BJJ for small guys doesn’t jsut mean surviving. It means being offensive and looking for the fastest and most efficient way to finish. This is why Helio Gracie focused on the “position before submission” principle so much. In order to finish, you need to get into the best position to do so. When you’re the smaller person, you have only a few viable options.

The best thing to do, without question, is become a backpack. The tighter you hang on someone’s back, the better for you. The back is teh one spot where bigger opponents have almost no chance of getting to you. Furthermore, you have the option to choke them at will.

Next up, it’s everyone’s favorite new toy – Ashi Garami. Wrapping yourself around an opponent’s leg in a strategic fashion can get you a submission relatively easy. However, not every Ashi Garami position is applicable here. Avoid going into positions where you can end up smashed, like Outside Ashi for example. Instead, stick with the highest control positions that offer the most submissions.

Finally, you have the bottom game. Do not play a takedown game with bigger opponents. Getting on the ground ASAP is your absolute best bet. That said, once you’re down, forget about the closed guard too. Instead, focus on keeping an open guard, and look to always have at least one (preferably two) feet on the opponent’s hips. This is going to give you ample time to react and move in time to avoid any danger.

Submission options should be clear by now, but still, I’m going to mention them. From the positions, we mentioned there are not too many opportunities to finish bigger people. Leave your Tarikolatas and Berimbolos fro the next roll and stick with proven techniques. A major don’t is to forget about attacking the arms in any variation. Stick to chokes and leg locks and you’ll do perfectly.

For chokes, depending on your opponent’s size, the rear naked choke might prove to be troublesome. Instead, go for a short choke from the back in No-Gi. In Gi, always stick to collar chokes from the back, as they are really difficult to defend against.

The same holds true for leg locks. If rules allow them, go for heel hooks, no questions asked. If not, stick to attacking the feet, toe holds being superior to ankle locks. leave knee bars as a last-ditch option, since they involve attacking a large joint and can allow a strong opponent to get out. 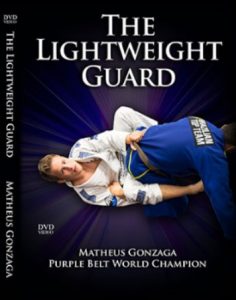 The Lightweight Guard is a great BJJ Instructional for smaller Grapplers. Matheus Gonzaga did a great job explaining the best ways of using quickness and speed as a weapon to subdue much bigger opponents. He’s using pretty much-optimized techniques to deal with much bigger opponents. So, if you’re a smaller grappler and tired of getting smashed by bigger guys you might check Matheus Gonzaga Instructional HERE