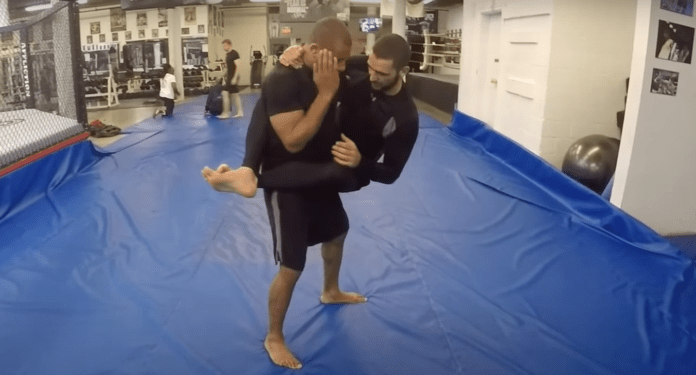 The BJJ Guard Pull is something people love to hate. Everyone talks about “realism” in Jiu-Jitsu and how you should be able to take people down. However, when it comes to them performing takedowns, you’ll see more guard pulls than anything else. There’s a case to be made about the role of the BJJ guard pull and its place among takedowns. That said, a guard pull does not have to be the same old boring thing. Quite the contrary, you can actually do flying guard pulls that are safer than most other guard pul varieties.

Pulling guard in Jiu-Jitsu is an interesting phenomenon. At first, it seems crazy to do something that puts you on your back. Once you get comfortable playing guard, though, pulling guard becomes a go-to option for most people. And why wouldn’t it? It gets the fight to the ground quickly. It takes them to a position of relative safety (a guard of their choice). Also, it doesn’t take long to perfect it and it works against people of all sizes and skill levels. BUT what happens if both people are looking to do a BJJ guard pull? That is when things get interesting, or better said, complicated.

First of all, let’s be completely honest about guard pulls – they work. That is basically the only criteria a move needs to fulfil in order to have its place in BJJ. While it is a one-dimensional thing to do and is something people can quickly figure out about you, there’s no need to make people feel ashamed for pulling guard. Then again, when you come to think about it,. taking people down I also one-dimensional. The bottom line is, you need both, and you need to approach BJJ guard to pull training pretty much like you do takedown training.

Pulling guard is often perceived as it is a straightforward thing. Granted, if all you are doing is the same old guard pull into closed guar, that notion is not incorrect. However, the reality of things is that there are different ways of pulling guard. Moreover, it is safe to assume that the opponent is going to try and defend or counter your guard pull leading into scrambles more times than you end up in a clean guard pull. Essentially, if you try a BJJ guard pull and end up on the ground without a proper guard structure, you’ve only done a pull, or better said, a takedown on yourself.

What I am trying to say is the guard pulls do not have to end in just one guard, or in the guard at all. Combining them with takedowns is one of the high-level grappling skills you definitely want to develop, especially if you are a competitor. Moreover, when people try and counter your guard pulls even more options will open up that can head in any direction you want – takedowns, guards, or even perhaps standing or flying submissions.

Thinking Beyond The Guard Pull

The BJJ guard pull can be a highly useful tool for you if you are versatile with a different type of pulls, connect them to takedowns, and most importantly, know what it is that you want to achieve after you pull guard.

Going into guard means your attacking options are sweeps and/or submissions. So, if you are pulling a certainty guard, why not try and connect the pull straight with one of these attacking options? Given that you have different ways of pulling (the usual pull, jumping guard, sitting down, faking takedowns, etc. and you have different guards you can pull, the combinations here are endless. However, if you only pull guard for the sake of it, you are taking away plenty of opportunities from yourself.

That is exactly what certain more unexplored aspects of the BJJ guard pull offer. You get the chance to go straight into positions or submissions that are usually not associated with guard pulls, and it is a thing of beauty. For example, the web guard pull is a guard pull of the flying variety that will help you end up in either mount, a mounted armbar, or a top position. I the off chance that everything goes wrong, you still end up in a side guard variations which si hard to fight out of for your opponent.

Web Guard Guide: How to Do A Flying BJJ Guard Pull

The web guard is something that probably stems from the spiderweb position that the 10th Planet Jiu-Jitsu uses to set up armbars. The position is a highly effective one, allowing you to control both the head and the hip o an opponent while attacking their arm. In fact, there are many different submissions you can attack from the spiderweb. Well, now there is a way to get straight into his position from standing and it involves you first flying into a guard pull and then rolling to a top position or straight into submission.

for the flying web guard pull you want to be positioned to the side of your opponent as much as possible. Basically, you want a grip behind their neck and you want to jump into side closed guard while they are standing. The goal from there is to keep an arm behind the neck, one leg across their belly, and get your other arm behind the nearside leg. For all intents and purposes, you’re positioning yourself like a paperclip in relation to your opponent’s body.

From there, all you want is to drop the head below your own hip and use your leg to direct the opponent’s head towards the ground. You’ll have them rolling forward and giving you top position. In fact, you get to the spiderweb and you can finish from there, or transition into the mount or the back.

In essence, the flying web guard pull is a way to finish a match with just one move. You do a flying guard pull that leads into something that resembles a takedown and gives you top position. You get sweep points, and you attack with submissions or transition to get more control. Perfect, isn’t it?

In terms of practicing this particular BJJ Guard Pull safely, I can assure you that everyone, can do it after just 20-30 minutes of training. There’s a black belt in Florida named Charles Harriott that has to teach this down to a science. he can teach anyone, from black belts to people that are there for their first-ever BJJ class to do the flying web guard pull in a 100% safe and effective manner. Alternatively, you can go slowly to figure out where everything is, given that this move also works when you do it really, really slow. Try flying straight into your next guard pull and you’ll quickly realize how great of a weapon the web guard pull can be. Oh, and yes, this move is legal at all levels.