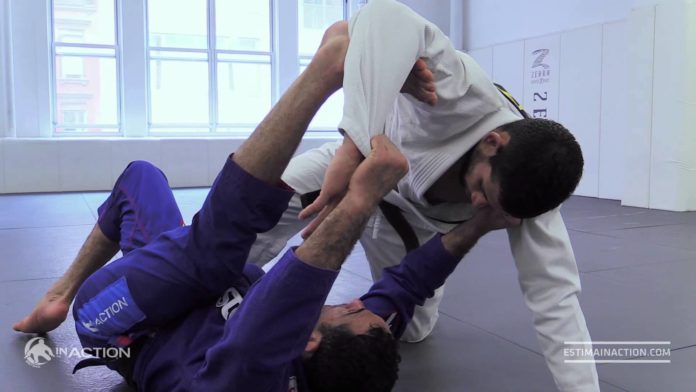 Playing Spider Guard is one of those e BJJ skills that you absolutely have to possess. People have won world championships with the guard, and it has been proven to work at the highest levels over and over again. To be honest, the spider guard is the ultimate example of Jiu-Jitsu’s effectiveness. It is easy to acquire, offers security, provides many attacking options ad it ties in with just about every open guard out there. the main reason the guard has persevered for this long though is its ability to evolve and keep up with modern BJJ. Let’s look at the spider guard from this modern grappling aspect.

In terms of that evolution of the spider guard, I’ll make a bold claim right here – you can play spider guard with great effectiveness in No-Gi. There, I said it. The most effective gi guard 9arguably) has now evolved so much that a variation is also available in No-Gi. however, that is such an interesting subject that I will cover it in a featured article of its own. Today, we’ll revisit the spider guard’s basics, exploring everything that makes it effective, and all the ways in which you can integrate it or parts of it, into your A game.

The spider guard is a Gi-based guard that focuses on isolating the upper body of the opponent. It works by involving the body’s strongest parts, the legs) against the noticeably weaker arms and shoulders. This provides the bottom person with a position that both guarantees security and opens up offensive opportunities.

For the spider guard, the spider guard works from a supine position and is best utilized when people are at a medium distance from you. The grips are on both sleeves and are usually the defining aspect of this open guard. The thing is, you don’t need strong fingers and flexible knuckles to play the spider guard. All you need is knowing how to optimally grip the sleeves. 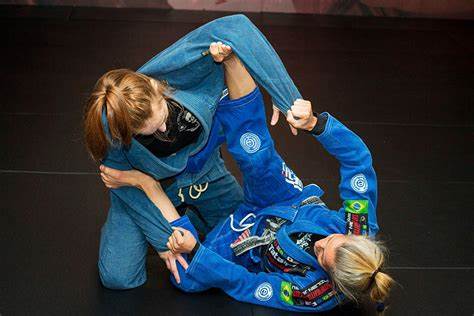 Pocket grips are the option to go for here. Basically, instead of trying to hold on to the rim of the sleeve, you’re going to grip further up, making a deep and comfortable pocket for your fingers. Then you’re going to use your thumb to lock everything in place. As long as you have your fingers curled up towards the inside of your palm, and you keep your wrists mobile, you will have no pain or other issues with holding spider guard grips.

The legs then go on the opponent’s biceps. there are different schools of thought about where exactly you should place a foot on the biceps. Something that proves universally effective is going for the middle of the biceps, with the foot turned towards the elbow. having your feet in a claw-like configuration also helps immensely with control.

While the jury is still out on this one, the spider guard is definitely one of the strongest contenders for the title. There are simple reasons why this guard is so powerful and works across the board for every type of grappler. Basically, the spider guard fulfills some of the most important principles of BJJ guards, which make it an integral tool to have.

First of all, you can stay safe while playing this open guard variation. The positioning of your body has one of your hips and the shoulder on the same side of the ground at all times. In combination with one knee being close to the chest always, and the elbow on that side being close to the knee, protecting your inside space is done without any effort whatsoever.

Moreover, you easily achieve a very important goal for guard players – dividing the opponent’s upper body from the lower. The concepts dictate that when the upper and lower body do not work in unison, you have pretty much everything you need to take away from the opponent (balance, base, posture, etc.).

Finally, the position of the legs on the biceps and your grips means you have complete control over the elbows. To be more precise, you can open the elbows of an opponent at will, and keep them there for extended periods of time. Opening the elbows means having them as far from their ribcage as possible.

After covering the basic positioning of the spider guard and the reasons why it is one of the best BJJ guards in existence, let’s now move on to how you should actually play from the position.

The open guard checklist works in a very specific pattern, where steps, or rather goals, have a specific and important order in which they take place. The first thing on the agenda is the ability to stay in guard when people are trying to pass it, which they will.

The spider guard’s basic positioning makes it very easy to retain the guard. All you need to do is keep one knee to your chest, and the elbow on the same side to your ribs. This is best done on the side that is near the ground. The leg on the other side should be extended, and your arm should pull on the sleeve just enough so there is tension. Keeping this configuration will pretty much guarantee that you can stay in your guard, regardless of which direction an opponent moves to.

In terms of recovery, you will need to be aware that people will try to move backward, strip the grips, or try to staple your bottom leg. In each and every one of these scenarios, you need to focus on recovering the configuration by avoiding going into battles for an obvious thing like a grip or foot placement. Rather, get everything else back into place and leave the most obvious thing last.

Sweeping From The Spider Guard

When it comes to sweeping from the spider guard, you pretty much have most things ready the moment you establish the guard configuration. That means that you at least have one of three important things under your control: posture, balance, or base. Depending on which one you control, you can sweep in a different direction with ease.

If you have their posture, which is most often the case, pulling the opponent’s head and shoulders towards you will allow you to either send them flying overhead or tilt them to either side.

Alternatively, if you have them out of balance by way of extension of the spider hooks, you have their balance. This usually works best when opponents kneel or half kneel. the moment you see them tilt to one side or the other, or twist their spine, you can sweep to the sides or towards the opponent’s back with ease. In certain cases, you can also draw them forward, but that is not as high-percentage as going in one of the other three directions.

Finally, having people’s base usually means you’re playing a spider guard hybrid, like a de la spider, or some lapel guard combination. This gives you access to their legs, and while they might have posture, you can take away their base directly by manipulating the feet. Alternatively, you can pull or push opponents from the “regular” spider guard [position to force them to step in a direction of your choosing and thus take their base away.

Submitting people from the spider guard is also quite easy once you start getting comfortable bel in the position. There are different submissions and transitions options available, but the most readily available ones are the triangle choke, armbar and Omoplata

A very reliable little system is going for an armbar by pulling one of the opponent’s arms towards your hip. Very often they will place it there themselves trying to pass. This puts you in a prime position to swing a leg over and finish the armbar while not letting go of the far side grip or spider hook. It also opens up short armlocks as a follow-up or surprise submission.

If you end up being too shallow for an armbar, you can easily switch to an Omoplata from the same original armbar attack. Moreover, you can follow up with an easy triangle choke afterward, given that everything will already be in place. ALternative, the triangle is also directly available against kneeling and half kneeling opponents.

Apart from these submissions, you can also use the spider guard to force Ashi Garami entries, which in turn, lead into leg locks of your choosing.

If oyu are well versed at playing the spider guar,d you will generally find it quite easy to pass. the better you are at it, the more you will be able to recognize imperfections in opponents playing it and use them to get past the legs.

One thing to consider is that you have to retreat back and away from the person playing spider guard if you want to be safe enough to manage to set a pass up. Conversely, putting your elbows together helps immensely in forcing a spider guard player to switch to a seated guard or scramble for guard recovery tactics. During those recovery tactics, you can think about passing.

Stripping grips directly is not just hard, it basically accomplishes nothing when you are in the spider guard. Passing it will require you to think like the guard play, and to the opposite of what they are doing. Reagin your base posture and balance, and break the guard’s structure by taking away its strongest feat – the biceps hooks.

The spider guards one of the best options you have for playing a bottom game in BJJ. So far, there have been two limiting factors for the guard – the pain in holding on to the sleeve grips and the inability to play it without a Gi. Both are now pretty more or less a thing of the past, which means the guard is definitely one of the best positions for any grappler to have in their toolbox. It is particularly useful for ladies and smaller grapplers.