People often think they learn the most from rolling in BJJ. I beg to differ. You discover a lot when rolling, and you can learn some things but actual learning is done in other parts of the class. That said, you could structure your sparring sessions in a way that will help you learn more. And, it doesn’t have to be about learning techniques. Sparring can serve a bunch of different purposes, from simply having fun and messing around, to polishing up your BJJ skillset.

Rolling in BJJ is the best part of the training. It is wild, chaotic, there’s hardly any meaning to it, and no way of ever knowing what is about to happen. And yet, that is exactly what we try to do. We try to tame it, bring order to the entropy, and try to figure out what and why everything happens. In that process, we pick up a thing or two. However, if you’re looking to actually get something out of your sparring in terms of learning and retaining knowledge, you need to apply a bit of structure to what you’re doing when rolling. Don’t expect to tame that best though – many have failed before you.

When people slap and bump, it is time to start trying to kill each other. Cool, but that‘s the white, perhaps blue belt way of thinking. No offense. Purple belts will look to pull a move or two off against anyone, forgetting that there’s a lot more to Jiu-Jitsu than the latest Keenan-inspired lapel guard. After brown belt, people start to focus on what is really going on in a roll, and that’s when rolls become infinitely more fun and way better learning tools than when they’re all our wars. But why wait until you’re a brown belt to start getting the most out of sparring? 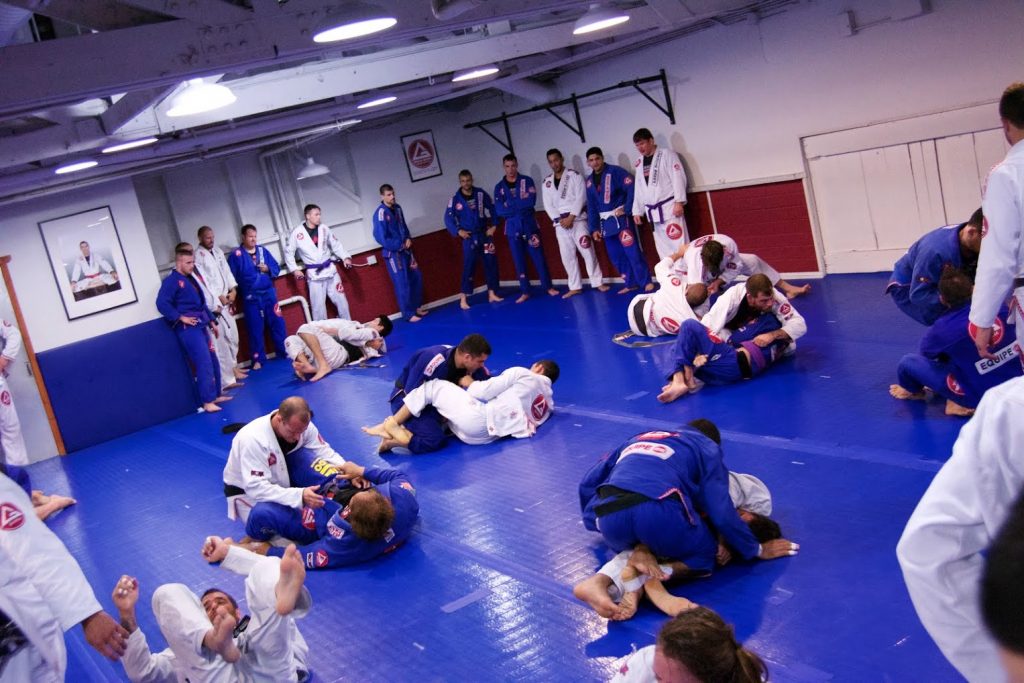 There are different types of sparring in BJJ, and some of them have nothing to do with rolling. In fact, rolling in BJJ should not be the explanation for sparring. Rolling is just a form of free sparring that we do. Other types of sparring, like drilling, for example, or position sparring are much more focused on teaching you something, rather than you going all out. And many times, this type of controlled sparring is very needed in Jiu-Jitsu.

Drilling should be where you start with moves you already did in technical training, but now want to incorporate in rolling. Sure you could go and try to execute them straight away, but that often doesn’t really work out. You’ll learn how to catch a move live much easier by drilling it first, going through position sparring next, and perhaps, trying to pinpoint how everything would work during flow rolling.  Try this sequence, spending, say a week on each of these, and then try doing the move while you’re live rolling in BJJ.

A very important thing in your sparring is the actual goal. Of course, if you just want to go for a war, there’s not much you need to consider, apart from injuring yourself or your training partner. There are different categories of goals you can have in rolling, from training for competition to specializing that one moves you love.

The first thing to focus on when you’re trying to roll with a purpose is whether you’ll try and go for concepts or techniques. Yes, they need to go together for you to truly make BJJ work, but when you’re’ learning them, you need to go one by one. Focus on either concept that you’ll look to apply in sparring or technical sequences. Once you’re satisfied where you are with one, go for the second, and only then try and combine them tougher in a roll. 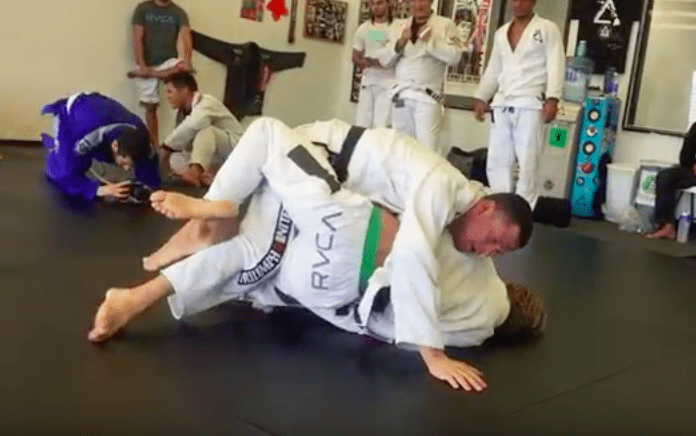 How would that look? Well, a great conceptual way to think about things is to start off with defensive postures. Think of a boxer’s guard. The first thing they learn is to tuck the chin and raise the arms. If you can’t get knocked out, you can mount offense that makes sense. It is the same in BJJ – figure out a starting point where you’re safe, and start building from there.

That would be a concept. The techniques you apply off of a solid defensive posture would be the next step. Your focus is going to determine whether your “offense” is going to be about escapes, transitions, or submissions.

So far, we covered that different forms of sparring in BJJ are how you start incorporating a new move in your game. Later on, through goals in the form of concepts or technical details, you can find ways of applying those moves in the chaos of a real roll or a match. Speaking of matches, if you are a competitor, you will also need to factor in a few more variables that you add on once you’ve mastered everything about a move in the manner we discussed previously.

To begin with, you need to focus on strategy. It is not just about learning how to do the move against resistance or figuring out concepts that will allow you to see the move up. More experienced opponents will have ways out of everything, and you need to factor that in. For example, you decide to learn a D’arce choke. You’ll do some drills first, followed by position sparring and free rolling. Concept wise, you’d want to make an opponent weaker before attacking, so practicing how to open people’s elbows will teach you both this, and how to enter the D’arce in a creative way. Finally, you throw in all the possible technical details of a D’arce, based on opening the elbow. Now, you’re pretty good with the choke and can pull it off on most people when rolling in BJJ. 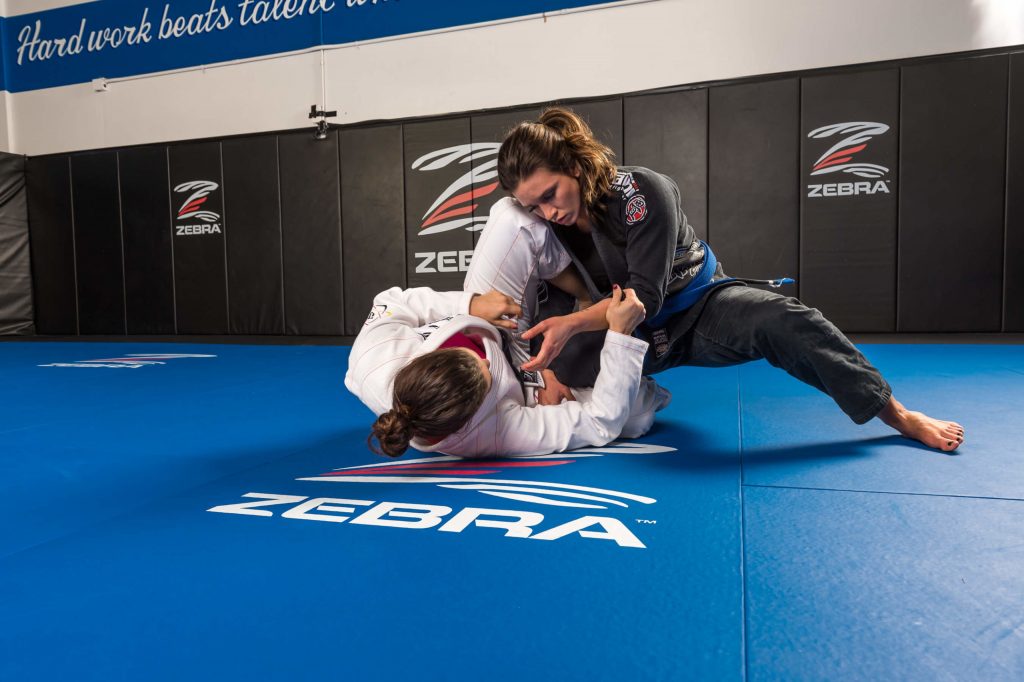 Pulling it off on everyone, though is going to require strategy as well. People will defend your D’arce, especially if they know it is coming. So, you need to mas it with other moves, set it up from the bottom or other unexpected positions, or create sequences of reactions that lead to the opening you need whoever you imitate them, but seemingly have nothing to do with a D’arce when you begin.

Strategy-wise, you also need to factor in all the athletic abilities someone possesses. This is especially true and important for competitors. Factoring in that someone is stronger, a lot more flexible, or faster than you will help you anticipate these qualities rather than being surprised by them.

Rolling in BJJ doesn’t just have to be bout chaotic wars. It can be a very valuable learning tool, one that will teach you to think you can’t figure out when you’re only practicing techniques. To achieve that, though you have to categorize sparring in BJJ and figure out a sequence that will help you learn something in a way that is quicker than trying to simply apply it to anyone when going all out.