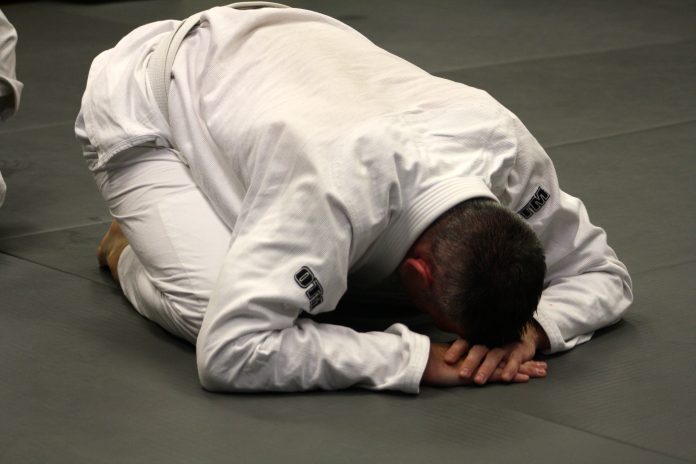 Not so long ago, a student asked me if I got tired during rolling. Given that at the time I was ready to do a 12-hour roll-a-thon, I could’ve just answered no. However, the truth is that I get tired during rolling mainly if I choose to roll in a way that will make me tired. It took 10 years to figure out a way to achieve that. And still, if I’m not really focused and turned on, a skilled opponent will make me tired, regardless of what shape I’m in, or how deep in a roll we are. Getting tired during BJJ is a normal thing, but it is something you can learn to control, up to a certain point.

For most, getting tired in BJJ training just means you need to do more conditioning. Some choose to run, others do crazy “functional” circuits, or they just focus on rolling as hard as they can, as many times during a training session as it is possible. They’re all viable ways of developing conditioning, but they’re far from enough form keeping you from getting tired during BJJ. The reason for this is simple – no two rolls are the same, and there’s no way to really prepare for rolling. There is a way, though to “manage” how tired you get.

BJJ And Cardio Are Not The Same Thing 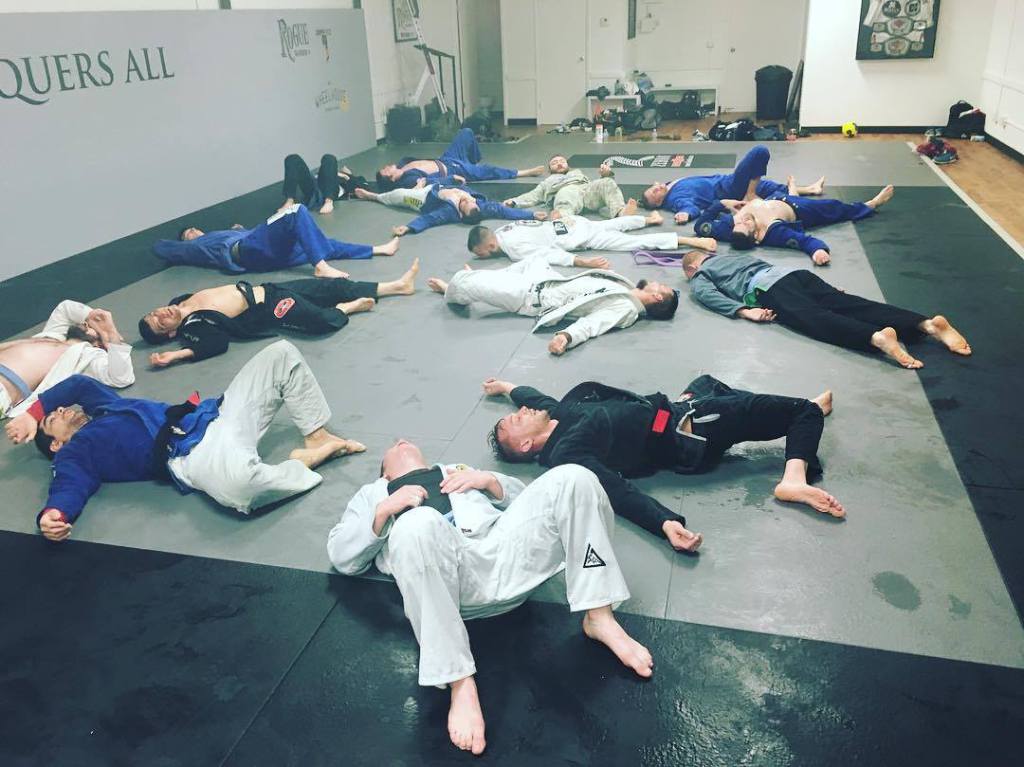 Furthermore, BJJ in itself is not cardio training. Jiu-Jitsu requires a bunch of different athletic abilities that have to work together under the most unorthodox circumstances. As such, BJJ will not help you improve your cardio. It will help you be better at BJJ, but only at a certain pace and in creating situations. For example, rolling a lot with your teammates will make you efficient at rolling with them in particular. Moreover, rolling with white, blue, purple, brown, and black belts, even within your own academy will be different. And that’s before we even mention rolling with people whose games you don’t know, or tournaments.

Getting tired in BJJ is one of the things that are as certain as the fact that you’ll get tapped. That doesn’t mean you should fear it, though, not try to avoid it. And no, rolling slower won’t help you go through the roll without getting tired. Getting tired is just another piece of the puzzle, like defending an armbar is. No amount of you trying to find a way around it is going to give you a result – at a certain point you’ll have to face it, and you better be prepared to do it.

Reasons Why You’re Getting Tired During BJJ

There are plenty of ways to get tired during BJJ. The most common one is what you see from people that are new to the gym – going all out. The more you struggle in Jiu-Jitsu, the more tired you’ll get. If you see things aren’t going your way, stop. What’s the point of struggling to pass a guard left, right, under, over if the partner has a well-structured defensive guard and appropriate grips? You’ll just get tired, which will then affect your tactical and technical game.

Speaking of getting tired during BJJ, breathing is the number one reason why people get tired. It goes something like this: you start to roll, you end up in a position you don’t want to be in, or try to get a move to work, you tense up, you stop breathing, you tense up even more and in a minute you’re’ done, without achieving anything meaningful. Sounds familiar? All you need to do is figure out how to relax, and breathe more, which is not hard to do. If you want to know why you’re getting tired during BJJ training and/or rolling, try to focus on your jaw. If your jaw is tense, so is your neck, and most likely, the rest of your body. It also means you’re not breathing, but rather holding your breath, which gets incrementally worse as time goes by. The fix is uber-simple: just smile.

One more thing to consider when you’re getting really tired is panic. This usually happens in so-called “bad spots” which I don’t agree exist. However, the fact t is that certain positions provide one person with better options. This usually has the other person panicking, trying to do anything they can to get out because, in their mind, they’re doomed if they stay there. This is an outdated approach to defensive BJJ, but more on that on another occasion. In terms of getting gassed out, nothing will drain you more than trying to buck someone from mount, or wiggle out of someone’s side control.

Getting In Real BJJ Shape

If you’re hoping I’ll give you a workout system that will get you in “top tournament shape in just 7 weeks” you’re mistaken. In fact, if you believe such a program exists, you’re delusional. No offense. Instead, I can tell you how to act and think, so that you can manage how tired you get. In that sense, the first thing is accepting that getting tired in BJJ is always going to be an option. 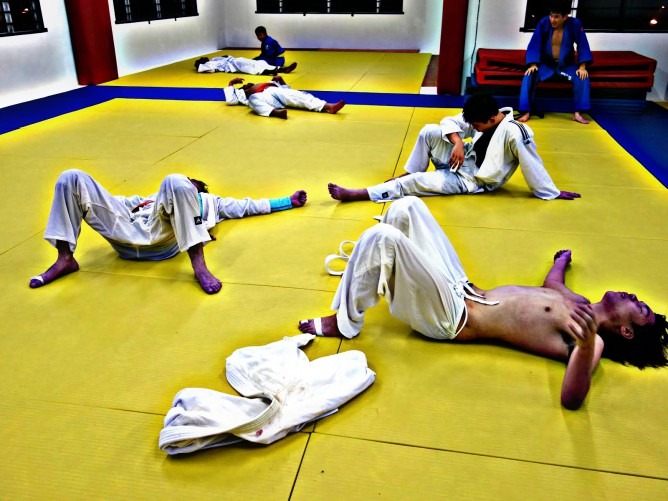 The second step is factoring it into your game. It is just like strength, or flexibility. If you have them as athletic abilities, you know you can rely on them. Moreover, if you know someone is stronger, or way more flexible than you, you can factor that into the roll, so that when they call upon those abilities, you’re not caught by surprise. Ad here’s the catch – if you get tired, so can the other person. When you’re factoring in fatigue in a roll or match, the goal is to focus on not getting as tired as your opponent or figuring a way to make them tired more than you are.

Which brings us to the final piece of the puzzle that will actually determine how you train for Jiu-Jitsu conditioning. That is figuring out your pace. You won’t be going at the same pace against everyone, but you do want to be the person that controls the pace in every exchange. And that doesn’t mean that you need to be faster than your opponent. On the contrary, it is way better if you slow them down, or break their tempo/rhythm. It just so happens that this tempo you’re looking to impose is a highly trainable athletic quality. Given the nature of BJJ, it falls mainly under the anaerobic lactic energy system, but it’s not as simple as only training that system. In any case, knowing your tempo will help you figure out the best way to get in shape for BJJ.

I guess getting tired in BJJ is not so hard to manage. Let’s recap: know why you’re’ getting tired. It can be panic, focusing too much on muscular power, tensing up, and/or not breathing properly. Managing how tired you get has to do with realizing it is always going to be an option, figuring out how to make your opponent more tired, and finding out the tempo that you want to impose on everyone you roll/fight with. A simple but highly specific extra-curricular condition program to help maintain this tempo will ensure that you’re able to choose whether or not you get tried during Jiu-Jitsu.