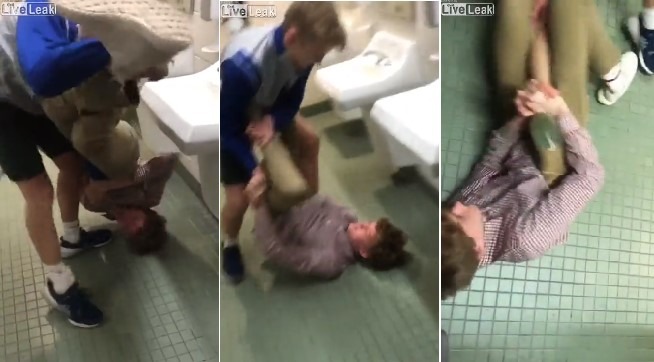 Some kid did a great job by defending himself in a bathroom fight. With his opponent unable to punch him or kick him kid managed to get the heel hook on him and force him to tap.

Although it wasn’t the “perfect heel hook”, it stopped the fight and that’s what matters.

BJJ In A Street Fight & The Most Effective Moves