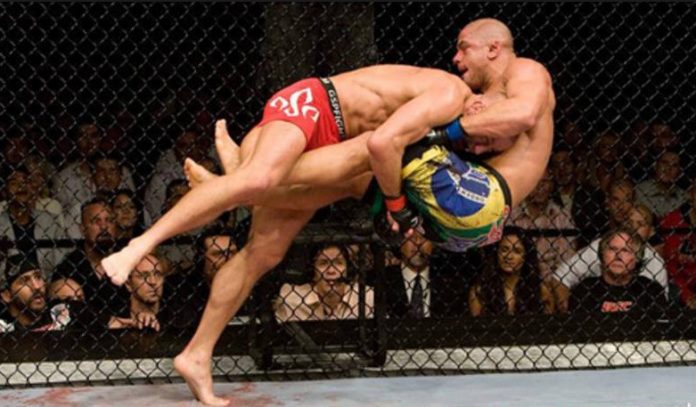 Nowadays, Brazilian Jiu-Jitsu, a grappling martial art, is a highly organized sport, spread worldwide. It features competitors of all ages, gender, and experience levels. It is organized in weight divisions, belt ranks, and year of birth. Everything is under the control of a strict rule-set that has not changed much over the years. In short, it is a sport that’ll probably get an Olympic sports contender status soon. However, this was not always the sole intended use of BJJ. Back in the early days of art, Jiu-Jitsu was a formidable self-defense art. So, knowing this, there’s one burning question that arises. How effective is modern, sport-oriented BJJ in a street fight?

Helio Gracie, the founder of The Gentle Art was not a huge man. He was sickly as a boy and grew up to be a slim but wiry fighter. As such, when he and his brother Carlos went about modifying Mitsuyo Maeda’s Judo teachings, they had but one goal in mind. That goal was effective self-defense for the smaller person. In those early days, it was common for them to use BJJ in a street fight or two around Brazil. And they did, having great success along the way, which only helped popularize Jiu-Jitsu.

BJJ In A Street Fight

During the conception of BJJ, its birthplace was a violent and volatile place. Street fights were a common sight all over the country, especially in the poorer parts. No wonder that the Gracies looked to devise a system for protection and dominance. The original BJJ concept was a practical one. Leverage and technique are the equalizers of strength for the smaller person in a fight. There were no unnecessary philosophies or restrictions to the art. The Gracies practiced only what was effective, and were willing to prove it by fighting anyone.

Today, this aspect of Jiu-Jitsu is all but not effective. People tend to focus on intricate lapel guards and flashy inversion that’ll probably lose you a street fight if you attempted them. Even in class, self-defense is either down to a bare minimum or skipped altogether. Gracie Barra, Carlos Gracie Jr’s organization still has a lot of self-defense concepts in their curriculum. However, it is a far cry from the original system that was based on a no-nonsense approach.

Below we’re going to go through the moves that still make BJJ in a street fight effective today. We’re going to present them as two different scenarios, an offensive, and a defensive one. So without further ado:

Attacking With BJJ In A Street Fight

Let’s say you find yourself in a violent situation on the streets, where you have to defend yourself. Most violent alterations begin on the feet, with people usually going for a grab or headlock instead of striking directly. No matter if it’s grabbing or striking, BJJ’s strengths are on the ground. With this in mind, the fight needs to get to the ground before controlling the opponent and ultimately, finishing them. Here’s one way to do it:

Taking The Fight To The Ground: The Double Leg

The double leg takedown is a tried and tested move that works in different environments. From wrestling mats, through BJJ academies to MMA cages, and in turn, the street. Undoubtedly effective, the double leg is as safe a move as possible to take a street fight to the ground. Whether it is strikes or grabs that you’re countering, the level change is going to take most people by surprise.

It does take perfect technical execution, though, in order to utilize it fast enough that it is safe. From that aspect, you need to be able to perform a penetration step in your sleep. it is the base of the move’s effectiveness and quick execution. Penetration steps are easy to drill and can become second nature really fast. From there, the execution is as easy as correct angling and strong driving with the legs.

Ground Control To Mount or Back Control

Once down, you’ll most likely end in top Side Control. However, in a street fight you do not want to dwell here, so mounting or taking the back are the best options. Striking-wise, there’s no better position than the mount. It effectively immobilizes the opponent while opening up both striking options and submissions. The most important aspect is being able to maintain the position until the conclusion of the fight. The best mount variation for this is the high mount. It makes you very heavy while allowing you to create a huge distance for strikes by posturing up.

If you want an even more controllable position, back control reigns supreme over any other. While on the back, you are safe from almost any threat. At the same time, you have the upper hand of being in total control. Again, retention of the position is important and you should have a firm grasp of the positional nuances to be effective. Striking is not a great option given the close proximity that back control requires to be effective. However, even better-attacking options are available. Read on.

As the name suggests, this is a strangle done from the rear. It is a must-know move for law enforcement officers around the world. There’s a good reason for this – it works. The Rear Naked Choke is actually the highest percentage finish in MMA, as well as among the top moves in sports BJJ. IT is a blood choke, that puts pressure on the blood vessels on both sides of your neck, cutting out the oxygen supply to the brain. This results in the opponent going to sleep in a matter of seconds. This is great for self-defense purposes because you leave the opponent neutralized while unharmed. Good for avoiding legal trouble, isn’t it?

Defending With BJJ In A Street Fight

Now, let’s say that the fight started off wrong and you end up on the bottom. Not just the bottom, but with you in the bottom of the mount. The mount is a reflexive position for untrained people, given its efficacy. But, as a BJJ practitioner, you know how to escape and turn the tables.

Getting Out Of Mount

Whether it is BJJ, MMA, or the street you DO NOT want to be mounted. Even if the opponent doesn’t know what they’re doing, it is a dangerous position. Similarly, it is very dangerous in sports BJJ too, which is why lots of emphases is put on escaping it. So, an untrained opponent mounting you shouldn’t worry you if you’ve mastered the Upa escape. Once out, you can work towards a dominant position for yourself.

Gooing Back On Your Feet With The Technical Stand Up

Given that street fights are messy affairs, getting out of mount is most likely going to result in someone, or both of you, getting you up on the feet. If you’re still the one on the bottom, in a disengaged scenario this time, turn to the Technical Stand Up for help. A fundamental BJJ movement taught at the white belt is a multiple-use tool. First, you can safely keep your distance with the extension of the free foot. Secondly, the two opposite points of your body (arm and leg) that are in contact with the ground provide a quick route to the feet.

The clinch involves upper body manipulation, mostly via head and arm control. The idea behind the clinch is primarily distance management. When you’re entangled in a clinch, you’re not in striking range as you are too close to your opponent. Add to that the high degree of control, and you’re in a great position during a fight. Although there are certain dangers, like knee strikes, if you know what you’re doing the fight will end quickly. For instance, you could easily decide to take the fight to the ground and take the offensive route. But, seeing as in our scenario, you just got up, it’s better to end things quickly.

A Guillotine For The Finish

The guillotine’s top advantage is that it can be finished from everywhere. On top, on the bottom, or even standing, the guillotine choke is never far away. If you ever end up using BJJ in a street fight, this move is probably your safest bet. speaking of which, now that you’re on the feet and in a clinch, it’s guillotine time. The clinch position allows for a few different guillotine setups. In all, however, it is crucial to use the clinch to break the opponent’s posture down. From there, you wrap an arm around his neck and connect your palms. Whether it is an arm-in guillotine or a regular one is entirely up to you. Both are effective and you don’t even have to go to the ground to finish.

Unlike the Rear Naked Choke, though, the guillotine is mostly an air choke. That means that it’ll take longer to put your opponent to sleep. Just be patient and hold the choke. After all, you’re the one in control.

All in all, you can combine all of the attacking and defensive moves however you see fit. The point you need to take away is that BJJ can still help you out in a street altercation. You just need to know what works in such a scenario. Make sure you drill all of the above moves, just in case.

In general, the best course of action is to try and avoid street fights. If you’re in one though, and there’s no other option, at least you know that BJJ has your back.

Do you still think that BJJ in a street fight is ineffective?