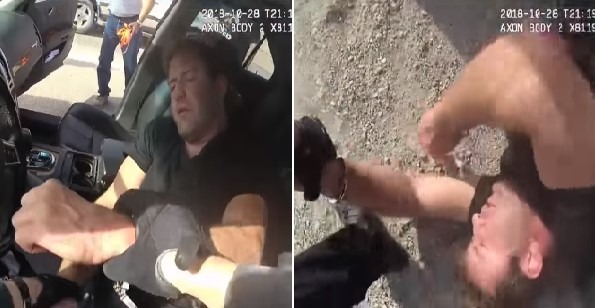 Dramatic footage shows UFC star Stephan Bonnar being pinned to the ground and cuffed as he was arrested for DUI.

“If nobody had stopped him I think he would be dead. He was going to hit something, whether it was a car or a wall, and another person could have died.”

Older Man Choked out Drunk And Aggressive Guy on flight

Do BJJ And Alcohol Go Together? A Few Tips For Drinking Grapplers