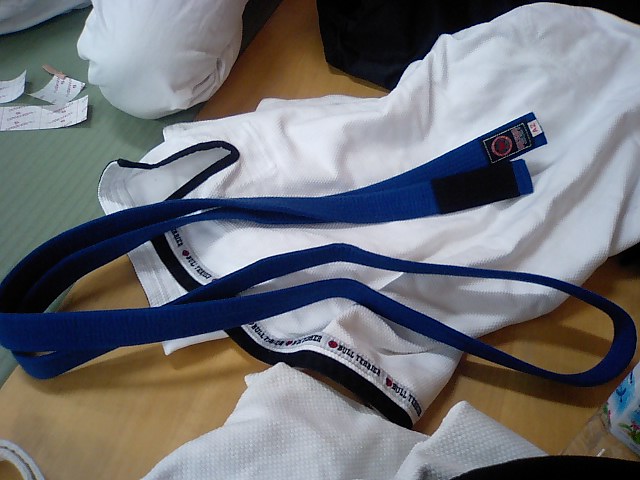 What is the most desired belt in martial arts? Whether it is BJJ or any other martial art, the answer is the same. And no, it is not the black belt. It is not a belt of a particular color at all. The main desire of martial artists is not to be a white belt. Usually, it does not matter how long it takes, the most important thing is getting rid of the “beginner” tag. In Jiu-Jitsu, the first step along the grading ladder is a BJJ Blue Belt.

The blue belt is a huge benchmark for a BJJ practitioner. It signifies perseverance and dedication. It shows that a practitioner is serious about art. One could even argue that it is the hardest belt to achieve. If you wonder why then you’ve either forgotten how tough you had it at the white belt or never trained Jiu Jitsu. The norm for white belts in the art that takes an average of 10+ years to “master” is mauling. So, apart from moving on from “being a white belt”, a blue belt represents a certain level of experience in the art.

Finally Not A White Belt! So, Now What?

So what should a blue belt focus on after all the excitement of promotion dies down? Simply put, this is the time for techniques. And by that, I don’t mean specializing. It is the time to gather as many technical tools as possible. The conceptual integration of them all comes later on. At BJJ blue belt, it is important to understand one very important aspect of BJJ – it doesn’t stop after one move.

So what should a blue belt know to start with? Well, there’s a reason why there’s a set of techniques often referred to as “Fundamentals”. A blue belt should have enough knowledge of every fundamental position of BJJ. Positions like the mount, guard, side control should be comfortable for a blue belt, in both an offensive and defensive sense. From there, the collection process can begin.

A blue belt is already aware of what an armbar or a collar choke is. However, seeing past just one move is the true mark of a solid blue belt. This is the goal of every new BJJ blue belt and the best way to obtain it is through experimentation. This is the time for developing open guards, looking to string together submissions in chains that make sense and thinking about countering. The guard is usually the one area that gets the most development during this phase.

From a non-technical aspect, a blue belt also has to live up to certain standards. They are often looked upon by white belts and should act accordingly. Mat behavior should reflect the fact that they’re not beginners. Blue belts impact new students the most since higher belts seem very distant to them. Blue belts should also be aware that they represent the academy and the BJJ lifestyle off the mats as well as on them.

A negative statistic regarding the blue belt period is that this is the time that most people give up on BJJ. There is a good explanation for this. Even though a student might acquire their blue belt in a year or so, getting to the next level is harder. Actually, the time spent at blue is longer than any other belt on the way to a black belt.

Staying at blue belt level takes about 2-4 years, almost without exception. The reason is that in order to progress, BJJ blue belts have to demonstrate sufficient technical knowledge. It is said that a purple belt knows all the techniques that a black belt does. Well, purple belts learn all those crucial techniques in blue. Taking into account the sheer volume of techniques available in BJJ, it is understandable why BJJ blue belts are “being slow-cooked”.

Another often-heard complaint among blue belts is a feeling of increased pressure. Even though ego has no place in BJJ, it takes time to learn how to suppress it. Getting tapped by a white belt hits blue belts hard, especially in their early days. It is important to recognize this self-placed pressure in order to get over it. Those who do not often quit altogether. 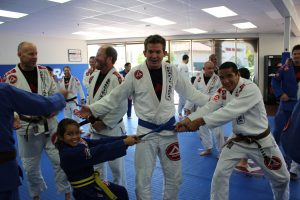 Time is a luxury in modern times. Throw in everyday life into the mix and it becomes even harder for a student to persevere through the blue belt. BJJ blue belt cannot be promoted to purple just on the merits of being blue for a certain time period. Showing up to class is the most important piece and also the one where most blue belts fail. Those that push through it, though, are now ready to truly experience BJJ.