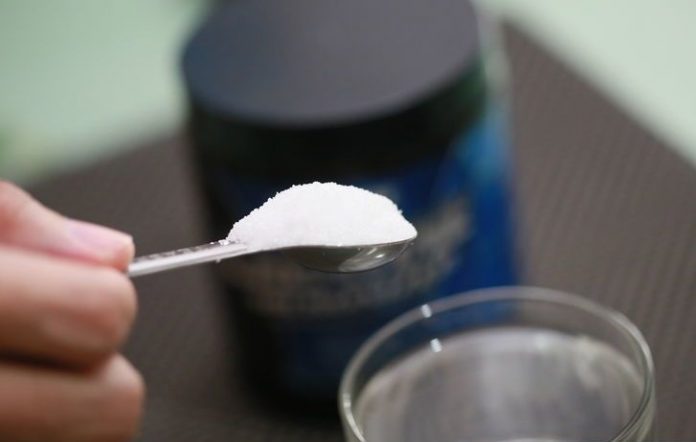 In the modern world of sports, using nutritional supplements has become the norm instead of an exception. This fact is widely used by supplement companies for merciless marketing.  Walk into any supplement store, or just open their website and you get the same old thing. “Buy this and that supplement to increase muscle, shed fat and have the energy for days”!  this intricate net of marketing though, there are a few supplements that actually work. You just need to know how to find them. Creatine for BJJ is one of the best supplements you can take is.

The questions regarding creatine for BJJ are the same as with creatine use for any other sport. Over the years two things have always been associated with creatine. First of all, you’re going to hear that it works. Second, that it is unsafe for your health. One of these statements is true, while the other is completely fabricated. Let’s see if, by the end of this article, you can tell which is which.

Creatine is considered to be the gold standard for which other supplements should be weighed against. In terms of creatine for BJJ, its positive effects are plentiful. For instance, it positively affects performance while helping to improve body composition. Creatine is a proven supplement and is a very popular supplement among grapplers, MMA fighters, and athletes in general. Despite all the benefits a ton of information available it still largely misunderstood.

Creatine is a nitrogen-containing organic compound. It is a compound that our bodies naturally produce, the liver being the main production site. Smaller quantities of creatine also originate from the kidneys and pancreas. In order to produce creatine, our bodies use amino acids as a substrate. The quantity of creatine that our bodies deliver in a day is small, averaging at about 2g per day. Skeletal muscles are the main depo of creatine, while other organs store minuscule amounts as well.

The basic way of getting creatine in our body is through diet. The average daily consumption is around 1g per day. Man nutritional sources of creatine are fish and meat. The creatine we ingest then turns into Creatine Phosphate (CP) stored in the muscles.

The goal of Creatine is in anaerobic energy metabolism. Simply put, it aids in the production of energy for high-intensity exercise for a short duration. It works by resupplying adenosine diphosphate (ADP) with an extra phosphate group to turn it into ATP. ATP is the main energy substrate for our metabolism, working on a molecular level. Creatine allows the ATP system to extend its activity which translates as more energy, for longer.

Why You Should Take Creatine and its Benefits

Creatine enhances the body’s capacity to perform high-intensity work. It also helps with increasing muscle size as well. Creatine Phosphate supplies the muscles with immediate energy, ensuring they do not fatigue prematurely. This strengthens the contraction capabilities of the muscles, helping grapplers las longer. Even more so, it helps maintain a high output of energy for an extended period of time.

In fact, without it, energy production during high-intensity bouts of exercise would not be possible. Supplemental creatine has been shown to further enhance this process. This is a fact not lost on the scores of athletes who depend on it to enhance their performance.

Creatine for BJJ also helps to promote complete recovery from intense rolling. The ability to successfully recover between training sessions is crucial. Creatine is a safe way to accomplish this feat.

Furthermore, vegetarians that do not consume meat need the supplement in order to maintain normal metabolism. There are also indications thr creatine boosts mental power. Actually, it is being used to lessen the effects of dementia and Alzheimer’s in recent years.

If you’re a grappler or combat sports competitor, you’re going to massively benefit from creatine. Creatine for BJJ athletes is a source of fuel for improved high-intensity anaerobic work. It can raise your anaerobic capabilities by up to 15%. This is a huge benefit of fro grappling endurance. In a study on Judo athletes (Radovanovic et al, 2008) results showed that creatine supplementation significantly affects power output. Furthermore, it helps with improved body composition in a very short period of time.

On a different note, creatine use can also help athletes recover much faster. Ingesting creatine with a source of carbs (like honey) immediately post-workout helps grapplers recover much faster. For grappler that is preparing for a competition or older athletes, this is a key benefit of creatine for BJJ. Add to that the benefit of increased endurance and improved body composition and there’s no reason to avoid this supplement. Quite the contrary.

On the subject of weight cutting, creatine for BJJ is once again very useful. Creatine with glucose drink right after a weigh-in can help keep maximal efforts high for your matches. heavy you ever felt drained and powerless after a tough weight cut? Creatine supplementation might go a long way to mitigate that feeling and give you a legal edge over your opponents.

The most common form of this supplement – the one most scientific studies and research use. It has 88% pure creatine per molecule. IN simpler terms, that translates to 4.40 grams of active creatine per gram of supplement.
Check the best deals for monohydrate on Amazon

Essentially the same as monohydrate. The difference is mechanical – the molecules are much smaller. Dividing or cutting the molecules reduces the surface area, making it easier to absorb. When you see micronized creatine powder and compare it to monohydrate it is going to be noticeably finer. It also reduces one unwanted effect common to monohydrate – bloating.
Check Micronized Creatine Offers on Amazon

This is basically monohydrate with an extra ester. The reason for this is to increase absorption. Allegedly, this type of creatine absorbs up to ten times better in the body compared with all other types. Until now, there’s no actual proof that it actually works in practice. This type of creatine won’t affect you negatively, but it might not be any different than monohydrate. Except for price and marketing.
Check Ethyl Ester Creatine offers on Amazon

This type of creatine is believed to have one of the fastest absorption rates of all. Regular creatine is broken down into a waste product called creatinine after you take it. With Kre-Alkalyn, this conversion to creatinine doesn’t take place.
Check the best offers of Kre-Alkalyn Creatine on Amazon

There are two basic ways to dose creatine as a sports supplement. The first is to go through a loading phase. That includes taking 20 grams per day, for a period of five days. It is best to divide this into 5-gram doses, taken throughout the day. Afterward, you enter a  maintenance phase of 3-5 grams a day.

The second way is to take 3-10 grams per day.  Essentially, you just skip the loading phase and go straight to maintenance. In both cases, it is advisable to cycle off creatine after 2-3 months. A couple of weeks are more than enough.  Whichever method you choose, you can’t really go wrong. Just drink plenty of water and reap the benefits of creatine for BJJ, the one supplement that actually works!