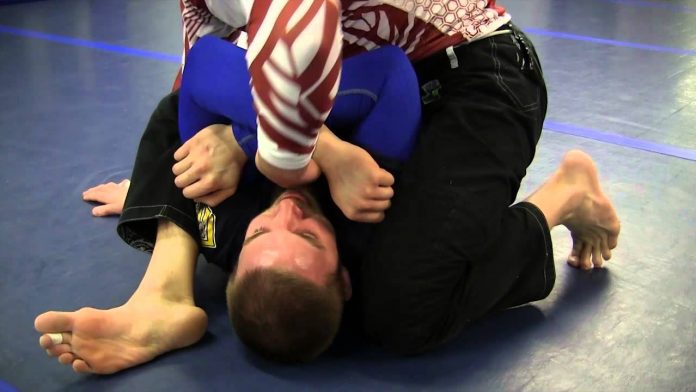 Contents hide
What Is The S-Mount Position?
Getting To The S-Mount
Pressure And Submissions
Related Articles:

The S-mount is one of the most devastating and uncomfortable positions in grappling martial arts in general. This position allows you to keep constant pressure while setting up submissions that are simply unstoppable. All finishes from this position are a very high percentage, given that you can maintain the position correctly. Do not be fooled by its simplicity, this position is filled with tiny details that are game changers. Finishing from this mount variation is only the cherry on the cake. Getting to the position and learning how to control it requires time and dedication. Lucky for you, we have everything organized in this tight little guide to make you unstoppable form the top.

Out of the most dominant positions in BJJ, two used to take all the credit until a while ago. During the last few years, the Danaher leg lock system proved that Jiu-jitsu is far from complete. The Ashi Garami position emerged as a strong contender for the best controlling and attacking position in BJJ. However, until such time as major organizations see fit to award point for the position the reign is going to be divided between the mount and the back positions. From them, the mount is where our focus is going to be in this article. Actually, I’m going to get really specific here and focus on one of the most offensive variations from the mount – the S-mount.

What Is The S-Mount Position?

The S-mount is not a difficult position to get if your opponent is lower level than you, or you really understand the mount. The best version of events would have them opening up the position by themselves or due to intentional pressure from you. That aside, attaining the S-mount against an experienced opponent is the hardest part. Finishing from an established position is a piece of cake.

The S-mount position has you in the high mount, sitting on the shin of one of your legs. The other leg is directed with your foot towards the opponent’s head, your calf pressed against their shoulder. The position in itself means you’re angled off to one side, as opposed to staying on the central line of a traditional mount.

Before we look into the possible ways of getting into the S-mount, let’s dissect the best controlling position. Before setting your legs up for the position, you need to have control of both the arms and the head. A crucial step is having the head lifted off the ground, as this will completely immobilize your opponent. A great way of doing this is via a palm-to-palm or ball-in-socket grip. Both work well and you should look to find your preferred version.

Furthermore, once completely set up you’ll notice that one thing keeps reoccurring. Namely, when you have a good, tight S-mount set up, both your opponent’s elbows are going to be pointed towards the ceiling. This means that you have attacking options towards both arms of your opponent. All the while exerting enormous pressure on their chest. While you could insert a deep hook in any direction, I prefer to do so with my palm towards the hip. This results in a spiderweb-like armbar attack that also allows for maximal pressure on the opponent’s torso.

Getting To The S-Mount

From the low mount, the first battle is getting your opponent’s elbows exposed.  It will take patience and perseverance in most cases but it’ll be worth the effort. Use one of your arms first to hook their elbow in the crook of yours and push toward their head. Once secure, repeat the action on the opposite side. Once you have both arms trapped high above the opponent’s head, use your arms to connect the grip under their head. Aim to grip behind the crown of the head so that you have maximum leverage.

From there first you’re going to lift the head, and then you’re going to move one of your legs towards the opponent’s head. The goal is to have your knee reach their neck while keeping your shin parallel and close to their back. This creates a wedge that’s going to stop them from turning towards you. Next, you swing your opposite leg with the heel towards their head and you’re in the S-mount.

Once there, it’s time to turn the pressure on. Either look for a deep hook on their arm or just lift the head up high as you project your weight into their chest with your hips. Feel free to torture your opponent as long as you want from this position.

Those of you out there that prefer smoother transitions, you can hit the S-mount straight off a half guard sweep or an armdrag. Just make sure you anticipate your opponent turning once you go for a back take. If you’re late, you’re just going to end up in top half guard. If you react soon enough, you don’t even need to go through all the mount steps, since you can end up directly in the S-Mount.

The S-mount is one of the best positions to attack from. You’re in a very secure position, you have the advantage of causing discomfort and you have a bunch of submissions readily available. All the main BJJ boxes are ticked here. Being in a tight S-Mount, especially with a deep hook in means you’re already 95% of the way to a submission.

It is not rocket science that the armbar is your best bet from the S-mount. With the deep hook in, lean toward the opponent’s legs, using your free arm to post. This is going to really increase the pressure and it’s going to open up your wedged leg. Once the weight is off, use that leg to go over the opponent’s head, still staying really heavy on their ribs. Now, use the leg that you just put over their head and curl it backward, causing them to twist their spine. This break in posture means that every defense they might have, from holding the Gi to a figure four lock just went out the window. In most instances, all you’ll need is a hip extension to finish a tight armbar right there on the top.

Conversely, if the opponent isn’t tapping you can always sit back and go for a traditional armbar finish or for a spiderweb armbar. Whatever the case, you have the dominant position and a complete extension of the arm.

If you want to transition out of the position, you can also easily slap on a mounted triangle. As opponent’s try to wiggle out they often sneak one arm out which means your far side leg is in place for a triangle finish. And, in a worst-case scenario, you can always get to the gift wrap position.

Pressure Passing For BJJ: The Stack Guard Pass
Do Not Fear The Mount Position Ever Again With these Escapes
Highest Percentage Jiu-Jitsu Moves To Beat Any Opponent
Bernardo Faria Over Under Pass And Common Mistakes
Everything about BJJ Chokes – Systematization, Anatomy, Efficiency
The Mark Of a True Strangle Artist – Killer Ezekiel Choke Details
Unleash Unbearable Pressure With The BJJ Cross Face
Pin And Submit At The Same Time From Twister Side Control 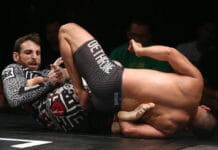 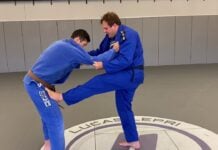 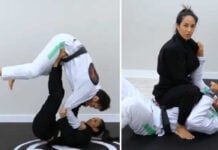