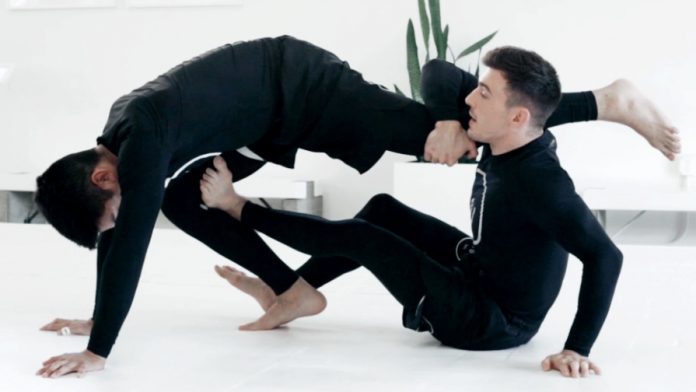 There’s one guard position in BJJ that is crazy effective compared to all others. It is the X guard, a simple open guard that people usually discover at blue belt. This guard is crazy effective, easy to work from, and very hard to pass. Still, like all things that go mainstream, there are plenty of escapes, counters, and reversals available for the top person. However, there is a solution for this as well, or rather, multiple solutions. The X guard’s abilities to transition into other guards are one of its most effective traits. But what if you could stay in the X guard and simply decided to play a variation of it? Sounds even better, right?

To begin with, there’s more than just one X guard variation out there. Ok, there are more than two, as the single leg X guard is also a much-utilized position. However, there are also some additional guard variations and modifications that truly raise the bar of the effectiveness of this open guard. Having additional options also means that you have a more elaborate and versatile game to play. Moreover, attacking options tend to open up much more, particularly from some of the guard’s more modern variations.

The Lowdown On The X Guard

There are essentially two main advantages that the X guard has in terms of available attacks. Both of them have to do with the guard’s structure and position. Namely, this guard lands you straight under the opponent’s center of gravity. This means that you can get big reactions from them with minimal movement. It also makes guard retention a breeze.

The two aspects that make the X guard stand out above others are the options for off-balancing and the X hooks. Most guards in BJJ have the option of allowing you to move an opponent vertically or horizontally. Well, the X gives you the option of doing both. Moreover, you can connect both thus ensuring you can always sweep an opponent effortlessly.

The way you position your legs, on the other hand, provides you with really strong control. The X position of the feet means that you have a very strong way of latching on to the opponent. They can’t easily break the connection and you have great control over the hips. The perfect guard, right? Well, not just quite.

The drawback of the X guard is in attacking options. The things that make it a strong guard also mean that no direct submissions are available. It is the one position to head to if sweeping is your forte. However, if you’re into finishing, not that you’ll need to transition to other positions (apart from the Single Leg X) in order to do so.

Variations in the X guard are based on how you position your hooks. The main thing to remember is that you need to always stay underneath your opponent with the X guard. Also, unless you have some sort of an X configuration with your feet, it’s not really an X guard, right? So all of the variations below will still have some sort of X configuration of the legs. That said, we’ll explore a couple of variations that truly change the X guard, making it one of the best attacking guard positions in Jiu-Jitsu.

If you want to make sure nobody ever passes your guard, all you need to do is get “The Grilled Chicken Guard Retention System” DVD set by Priit Mihkelson. It is as unusual as it sounds and it works even better! Whether you’re an upcoming adult competitor or an over 40 grappler, this instructional is going to benefit you massively!

We’ll start off with the classic X guard, which we’ll reference as the straight X for now. The basic positioning for this variation has you controlling the hips with the foot. For this, you need to use the leg that has a knee pointing behind the opponent. The other leg has a hook behind the knee and has the role of the main control leg in the guard. Finally, you grip the other leg (the one that’s over your shoulder) with a scoop grip.

Options from here come in the form of sweeps and transitions. Sweeping is easy in literally all directions since you can lift the opponent up and stretch them horizontally at the same time. The easiest thing to do is simply stretch your legs and do a technical standup. You’ll end up sweeping the opponent and even might get a calf slicer on your way out. Transitioning-wise, you can go to any and all X guard variations, Ashi Garami, or other open guard variations. Plus, if a really flexible opponent decides to just sit down with a wide base, you end up in the deep half guard.

This variation came to prominence with the modern leg lock game. In fact, many people used it to make a point of how not to cross your legs when in the X guard. It turns out, it is a very powerful guard of its own, one that offers numerous attacking threats.

The way the reverse X works is by switching the position of your legs. Namely, the foot that hooked behind the knee now goes over the other one and hooks directly on the hip. Unlike the straight X though, both legs are on the hip. the reason for this is that a vertical lift is essential for the reverse X guard. However, the position of the hooks guarantees you’ll off balance any opponent. From there, leg lock entries into the Inside Senkaku are the usual route, although you can also opt for an easy sweep and a pass.

This one is one of my favorites. There’s not much that people can do against this variation and it is a great way to surprise even the most seasoned grapplers. This variation works best off the straight X as an initial point, but you can enter into it directly as well. The whole thing here is that you forego hip control in order to control the end of the longest lever- the foot of the leg. This gives you both direct control over the leg, and indirect control over the hip.

All you need o do in order to get to this variation is to unhook the hip hook from the straight X and place it on the front of the ankle on the same leg. Using the other leg to force a bend in the knee is useful, but not mandatory. Another thing to remember is to stick to the scoop grip rather than the Achilles grip for this one. that’s it. You can go to the reverse X, Ashi, SIngle leg X, sweep at will, and even take the back. For me, it is the ultimate X guard variation.

This one is probably a bigger classic than the straight X. It is essentially a vertical ankle lock, to be honest. The Single Leg X guard offers enormous control by using your entire body against an isolated limb, in this case, a leg. It is huge in terms of control, sweeping, and even direct submission options.

Getting to the Single Leg X from the Straight X guard is as easy as unhooking the hip hook And throwing it over the near side leg. The other leg then goes on to hook behind the butt, on the same side. The best grip here is an Achilles grip, but the scoop grip can be useful as well, particularly for sweeps. Options include sweeping to a leg lock or pass, going for a rolling leg lock attack, or transitioning into another X guard variation.

While some might argue that this is not really an X guard variation, it is useful nonetheless. The X configuration is still here, but the positioning is different, given that you’re not underneath an opponent. However, as far as No-Gi is concerned, this is the best option for stopping speed passers in their tracks!

For the low single leg X, all you want is to hook both your legs in an X configuration on the ankle of one of the opponent’s legs. The hooking is done from the front, making sure the top leg is the one that’s on the same side as the leg you’re attacking. As simple as it may sound, this position really anchors down opponents, taking away a lot of mobility. Moreover, you can use it to goes into the single leg X, straight or reverse X, shin-to-shin, or a bunch of other guards. Of course, there’s the Ashi Garami transition as well.

All in all, the X guard is one of the very best open guards in Brazilian Jiu-Jitsu. Learning how to use variations of the guard is going to make it even more dangerous for anyone that faces you on the mats. The more variations of it you use and the better you are at switching back and forth between them, the more successful you will be. All of the variations we saw today work at the highest levels and form an unstoppable bottom game. Give it a try and see for yourself!

Is Your “A-Game” Enough For A BJJ Tournament ?