The belt system used to rank people that train martial arts is an old and proven system. Granted, some martial arts tend to give away undeserving ranks just for cash. Luckily, apart from a few incidents, BJJ has managed to avoid this issue. So far, at least. In Jiu-Jitsu, getting a belt is can be really damn hard. An average estimate is that it takes about a couple of years of experience to get to the next belt in BJJ. However, it is what happens after a BJJ promotion that is important, as opposed to just before it.

A BJJ promotion is a unique event on its own. The much-debated tradition of belt whipping makes the experience much more “stingy”. Regardless of obsolete acts such as this, getting promoted is a big deal for most. It marks the time and effort a practitioner put on the mats in between belts. And that right there is what people often get wrong. It is not about what you do a few months before a BJJ promotion ceremony. It is the daily grind and attitude that count.

The Value Of Promotions

Being such a difficult task to accomplish, BJJ promotions mean a great deal to the student. Especially to those students that get a purple or brown belt. The appreciation of seeing your effort recognized is an immensely joyful feeling. Part of what makes promotions so valuable is knowing that you’ve worked hard to get there. Getting on the mats on those cold rainy nights while nursing half a dozen injuries are going to be completely worth it on promotion day. But not just that one night, every night like that. All the extra hours spent drilling moves, the expenses of training are going to be forgotten as soon as you get that new belt. And then, it starts all over again.

It is the cycle we love, it is a huge part of Jiu-Jitsu and it should be honored as such. So, acting out after a promotion is a big no-no for any self-respecting grappler. So what if you’re now a blue belt? While it bears a certain weight, it doesn’t mean you can relax and not take training seriously.

Every BJJ promotion makes a student a greater advocate of the sport. It’s not just about what happens, on the mats, Jiu-Jitsu is a complete lifestyle. Those that are fully immersed understand that it’s a furnace requiring constant re-fueling via hours on the mat. Respect is a huge factor in the BJJ lifestyle, so make sure you demonstrate it correctly by rolling quietly and purposefully. Remember, you’re not just growing yourself, you also impact the growth of your training partners and the sport as a whole. 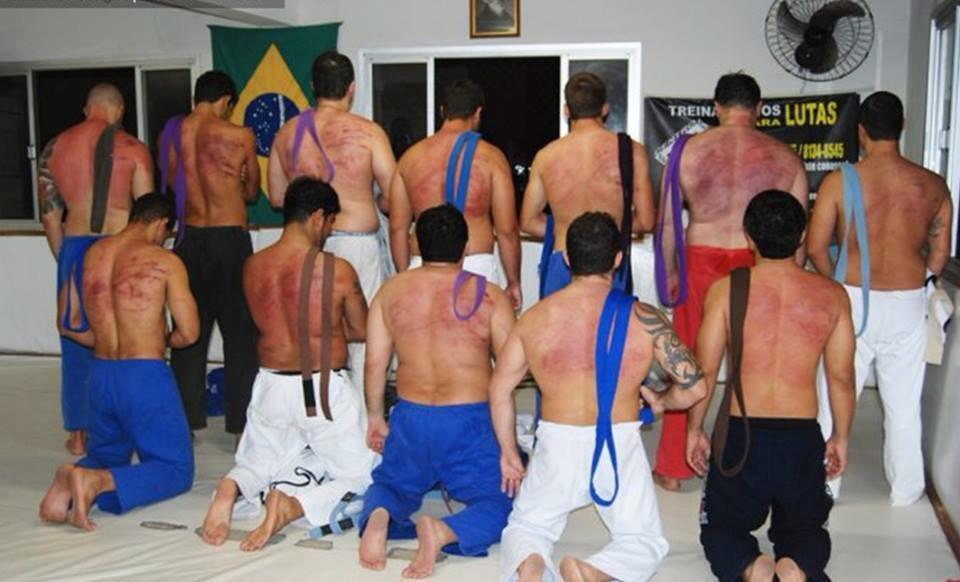 To begin with, whether you get a blue or a black belt, remember to stay humble. Anyway, BJJ has a way of reminding those that forget about humility. And it is not pretty. There’s always going to be someone better than you out there. It might be a seasoned black belt that’s been around the scene for decades. Or, it might be a particularly talented new guy that’s three belts below and a puzzle you can’t solve.

Getting promoted to a new belt is a mark that you have attained certain knowledge and are now ready for the next class. It is just like school but with sparring! The difference is, in Jiu-Jitsu you can’t cheat your way through because you’ll be brutally exposed. Keep your ego to yourself and keep training hard and discovering the Gentle Art. There’s no point in puffing your chest and walking around like Connor McGregor just because you’re now a brown belt. No, you do not know much more than you knew last week, and no, you won’t be able to beat every other brown belt out there straight away.

Actually, one more reason for humility is the notion that you’re now again at the bottom of a food chain. In the grander scheme of things, you might be near the black belt and near the top of the BJJ food chain. But in terms of your own level an those above, you’re still just “food”. And in order to avoid being the prey, you need to learn how to be the predator. But you need to become a true predator not just act like one. Because, once that act is exposed, you’ll be seeing the light and the end of a very long tunnel very soon!

For everyone involved in grappling martial arts, rolling is by far the most fun part. Rolling is the time when new techniques are practiced, or competitive gameplans are getting battle-tested. It should be a time of pure focus and dedication.

No wonder instructors often fume when they witness higher ranked students teach and correct during live rolling. And they’re right to do so since the more experienced practitioners create a “comfortable” environment for both training partners. The problem with comfort is that it doesn’t build world-class grapplers. On the contrary, discomfort and life outside comfort zones do. That’s what rolling should be all about. When one student attempts to explain technical stuff during rolling, both student’s suffer.

This doesn’t mean that mistakes shouldn’t be corrected by higher belts. However, it should be done after the round is over. A senior student can then provide feedback to help a less experienced practitioner learn more. Furthermore, it’ll force the senior student to remember exactly how the roll went which is a crucial skill that they need to develop if they ever hope of reaching black belt. So, roll without distractions and leave the analysis for later. 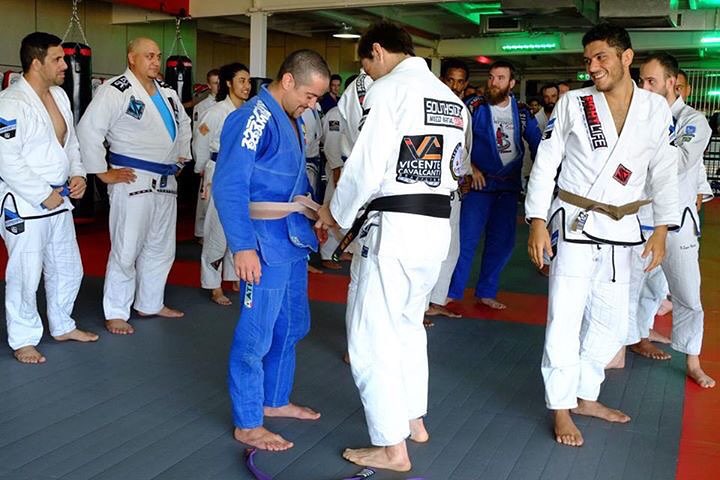 Skipping Class After A BJJ Promotion

The number one thing that annoys professors of the Art is the disappearance syndrome. This is a fairly common occurrence following a BJJ promotion. Getting a new belt is very often a reward from your instructors, in a manner of speaking. It’s a sign that they recognize the hard work you’re putting in, and a token for your dedication and perseverance. Remember that instructors went through the same path as you, so they understand completely the sacrifices that Jiu-Jitsu requires. Let’s face it, there’s no progress in BJJ without accountability. In easier terms, you have to show up in order to progress.

A BJJ promotion can be thought of like motivation for a student to push on harder. Getting promoted should restoke the fire you have for the Gentle Art. It should be a driving force that pushes you to train more, not less. Every belt is a new challenge to conquer, and the journey doesn’t end at black belt. Why would you take time off when it’ll only derail your BJJ evolution? Of course, injuries and other justifiable situations for absence are legitimate reasons that no one will dispute. It’s the “I’m a purple belt now so I can just pop in from time to time” attitude that has no place in the world of grappling. After all, the path is the same for everyone, so do not expect different treatment if you look to cut corners!

Higher rank brings about greater responsibilities, even if you’re not engaged in teaching. Higher ranked belts are examples that lots of new students look up to. So what does that mean for them when they see you train from time to time? They’ll never shake off the “novice” tag thinking they can get promoted with only a couple of sessions a month!

7 Awesome Tips To Make You A Formidable White Belt