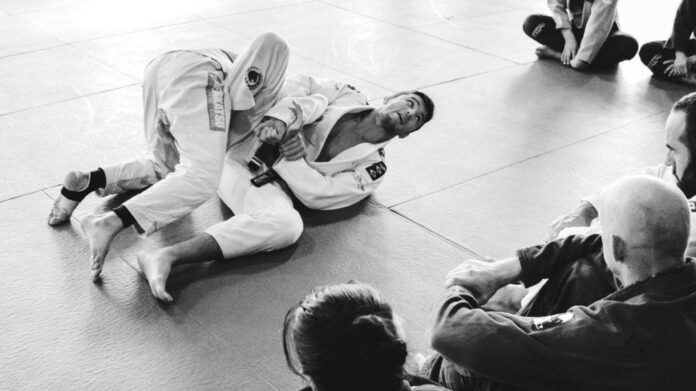 What can you use the Kimura for in BJJ? Pretty much everything, to be honest. You’ve probably tapped someone out with it, or have been caught in at least one yourself. Also, you have used it to control the back or set up armbars. If you’ve been around BJJ long enough, you’ve also used it to pass the legs and even counter takedowns. However, have you ever thought of doing a Kimura sweep? And I’m not just talking about that basic closed guard sweep that everyone is doing.

The Kimura is one of the most versatile moves in Jiu-Jitsu. It offers plenty of options that range a lot further than just a shoulder lock. It does take time for people to start seeing things clearly, though, and understanding the full extent of Kimura possibilities takes time. In fact, even though most people show the Kimura sweep (AKA sit-up sweep) among the very first things, which I strongly disagree with, people do not realize the sweeping power a Kimura actually provides.

The Double Trouble Concept Regarding Sweeps

The definition of insanity is doing the same thing over and over again and expecting a different result. After years of teaching people stuff like scissor sweeps and pendulum sweeps from the closed guard during their first weeks of training, and them failing miserably at comprehending how it all worked, I started wondering if we were insane to do so. After all, that is the way we were taught – this is a fundamental technique, you “learn” it now and make it work. Horrible, if I am being honest.

Things like sweeps are quite complicated when it comes to pulling them off in BJJ. Even if you are trying to sweep a stationary body it would be difficult without understanding mechanics, let alone trying to execute a sweep on an opponent that is fighting back. So, I decided to try a different approach.

The basic goal of a sweep is to get from a bottom position to a top one. The method is not set in stone, only the end result is very specifically defined. That simply means you can pretty much do anything that makes sense, as long as you end up on top. So, why open a closed guard up and go for complicated sequences that won’t work if an opponent does not make several errors in a series? Instead, it is much easier to use the threat of something else to get people to topple over. Submissions are that threat.

The Kimura sweep is the perfect example of how threatening with a sweep while holding on to submission will get you either a sweep, a submission, or very often, both. That is the double trouble principle of sweeping that you should always strive for from guard. 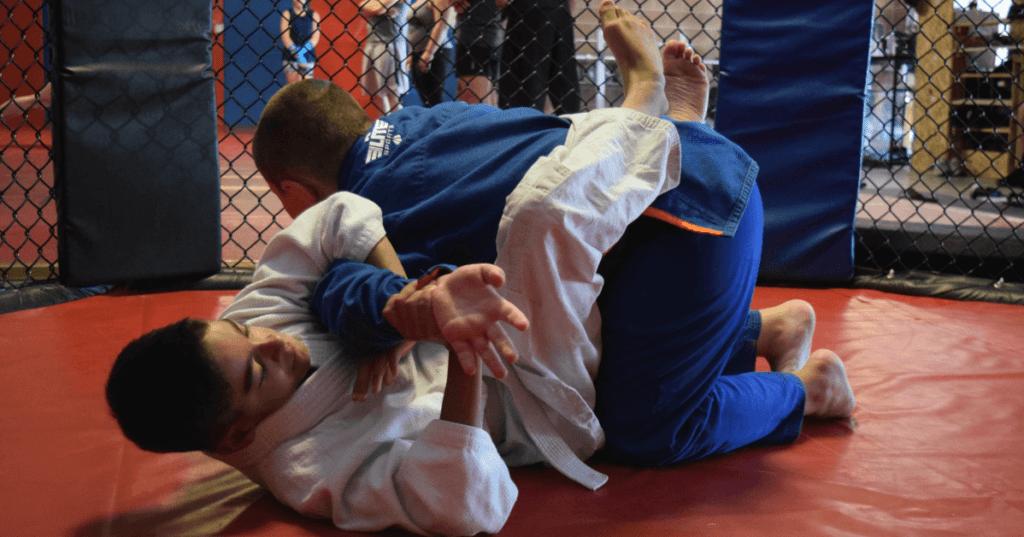 Let’s talk a bit more about the Kimura sweep. Whenever this sweep is mentioned, people usually think of the sit-up sweep for the closed guard, given that a Kimura-like motion initiates it. The “old-school” version of the sweep has you getting up from closed guard, looking to throw an arm over the shoulder of an opponent as you are looking for a Kimura. The threat of the Kimura leaves them exposed to a sweep. Well, at least at a beginner level.

A more effective and practical way of attacking the Kimura sweep from the closed guard would be to actually break the posture and get a proper Kimura grip first. Basically, look to get the submission before even thinking about sweeping. With the posture broken and the grip set tightly, you can choose which direction to sweep towards. As long as their head is on the ground, you can initiate a sweep with a simple bridge (hip bump), go for a butterfly hook or simply kick one leg out from underneath them.

Something most people do not often consider si doing a Kimura sweep from the half guard. It can work in many different ways, but rollovers are usually the best option. Similar to the closed guard, really do try and get the submission from the bottom. This has people scrambling to defend which gives you the option to roll them over, whether with a barrel roll or by simply following them as they try to posture out of the submission. It is really that easy.

Just to tease you a bit more, you might also want to explore “sweeping” from bottom side control. While this won’t get you to sweep points it will get you out of a tight spot with an option to tap the top person out. The Squirrel lock is the Kimura sweep I’d go for from there.

Why The Kimura Sweep Beats All Other Sweeps

The mechanics of the Kimura submission is what makes the sweep such a dominant option. The principle of double trouble sweeping works well with guillotines and triangle choke as well, just to name a few. However, the Kimura beats every one of them as the best possible way to sweep a result of the mechanical advantages it provides.

When in a Kimura grip, you have extreme levels of control over the elbow of an opponent, but controlling the forearm with a figure four configuration that involves both your hands. Moreover, they’re combined in a wedge system which makes it really hard for the other person to get out of. The real control, though, comes from the placement of your armpit over their shoulder when the top arm goes for the setup.

This means that you not only control their shoulder, you also control their posture. As long as you close your elbows to your torso after getting a Kimura from the bottom, you will be impossible to shake off. This means that you have control over the entire torso in a diagonal fashion, which immediately provides you with a direction to work on off-balancing. Additionally, you can easily control the neck and head causing even more balance issues for your opponent.

The Kimura sweep, old school or new school from closed guard or from half guard, will work like a charm. You just have to be brave enough to think about the Kimura more like a position for attacking different things, including a shoulder lock, than simply as submission of its own. Time to start experimenting!