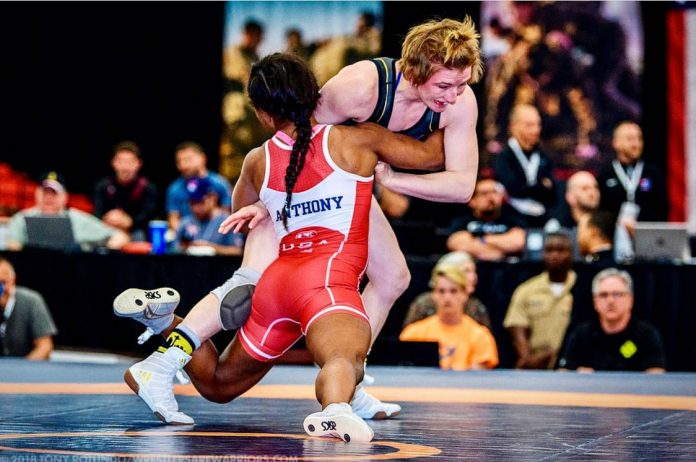 Takedowns are a painful subject for many folks in BJJ. It is not that we can’t learn them, or the old excuse that there are entire martial arts that revolve around takedowns and we can’t find a way to fit them all in our “busy” Jiu-Jitsu schedules. The truth is, we’re just lazy. Being lazy has its perks in Jiu-Jitsu, but not in the realm of takedowns. We can, however, be smart about them and figure out stuff that fits into BJJ standing exchanges rather than trying to learn high-percentage takedowns that work better in other grappling martial art. The inside trip takedown is the perfect example of a move tailor-made for BJJ.

The takedown game is usually perceived as a game of surprise, explosion, and speed. Instead, it is much simpler than that – it is a game of angles. You could certainly employ all of the above qualities in your game, but given that they’re more or less based on athleticism, they are not sustainable over a lifetime of training. Looking to exploit weaknesses by creating favorable angles and off-balancing people is a much better strategy over the long haul. The inside trip takedown will work for you in both cases, but it is much easier to set up and execute if you master the “lazier” aspects of it. It is the BJJ way after all, isn’t it?

Contents hide
The Inside Trip Takedown – Mechanics
Entry Options
What Comes Next?
All In All

The Inside Trip Takedown – Mechanics

Apart from the fact that it doesn’t require you to explode into penetration steps or crazy exchanges, the inside trip takedown has another specific quality that makes it perfect for BJJ and MMA. It works from the clinch, which is pretty much where we find ourselves in both Jiu-Jitsu and mixed martial arts. Unlike wrestling, the danger of strikes in MMA and the presence of the Gi in BJJ guarantee people engage in a clinch-like fashion. Setting up double legs from the position, or even certain Judo throws oftentimes proves to be extremely hard. The easy way out, or rather down, is via the inside trip takedown.

Let’s start by looking at the mechanics of the inside trip takedown by dividing it into upper and lower body mechanics. While I did mention a clinch it doesn’t necessarily have to be any specific clinch position. As long as people are connected at the upper body level, you can look for the inside trip takedown. A usual set up involves an over-under, which allows you to push/pull an opponent into any desired direction. It is the rotational control that allows you to pivot an opponent straight into the inside trip. On that note, the underhook side is the one that matters most.

When it comes to the lower body, you want to have distance between your hips and those of your opponent when in a clinch situation. The only time you need to get the hips close is for the takedown itself. However, if you try and step in for the inside trip, folks will just step back. So, the goal is to get them to step forward. That’s where upper body control comes in – use the underhook to pull the opponent forward, forcing them to step. The moment they plant their foot you can go for the inside trip takedown.

Finishing mechanics is easy. You have great balance because you’re in a bladed stance, while your opponent is more square. Entangling your front leg with the leg they step forward (at knee level, heel to the outside) is all you need to undermine their balance. And upper body push is all it takes to tumble anyone over to the floor.

The most important aspect of the inside trip takedown is not the mechanics. You can master those in a week, and keep them crisp with constant drills. It is the entry that will take more training than anything. That is where those angles I talked about earlier really come into play.

First and foremost, you have motion. Getting to the clinch in a way that allows you to be safe and set up the inside trip takedown involves is what determines its success most of the time. Two things make or break the motion when looking for an inside trip – a bladed stance, and the proper grip structure to give you the advantage. The over/under described above was just an example. In reality, you like to crate dominant angles by body locking, or going for an arm drag to set the inside trip takedown up.

The body lock basically provides you with double underhooks on each side, giving you huge dominance over your opponent. It is not always easy to get it, but it does provide you with the safest and most reliable entry to the inside trip takedown, mostly because you can use it to force either leg forward and finish on each side. As long as opponents don’t pummel back, and you keep a bladed stance, you’ll have the perfect angle to ragdoll anyone.

Another great setup is with an arm drag. This is particularly useful in Gi Jiu-Jitsu. The arm drag basically forces your opponent to step forward, without you having to be in a clinch situation before. In fact, with an arm drag, you get the clinch you need, along with the step forward at the same time. Just keep a bladed stance when you pull. It is easy to know which leg goes for the trip given that the leg that will step forward is the one on the arm drag side.

An interesting option that is perhaps a bit out there, but very creative nonetheless, is using the inside trip takedown to take the back. The trick here is to employ a rolling back take (AKA the Ninja Roll) straight off of the takedown. In order to make it work, both your arms need to be on the outside of the opponent’s body as they are falling so that you can use inertia to roll further and get the back, or the truck position.

Leg locks are also a very viable option. There are actually plenty of options, and they’re based on where you end up. This takedown usually gets you in top half guard, meaning all the back step entries into the Honey hole are a go at any moment. A more legal version would be to hunt for the free leg once you complete the takedown, and attack with an ankle lock. Seeing that you can transition into the knee reap positions at will, I prefer this option since you’re not limited to just one position for leg locking.

The inside trip takedown is an easy one to implement in your game. It works in Gi, in No-Gi, it is very useful in MMA and any other grappling situation you might find yourself in. Khabib Nurmagomedov, Alexander Volkanovski, Yoel Romero are just some of the fighters that have had immense success with it. Try and introduce it to your takedown game and use angles and tactics over speed and power to get people down to the mat.

Scissor Takedown (Kani Basami) – Is It Really So Dangerous?