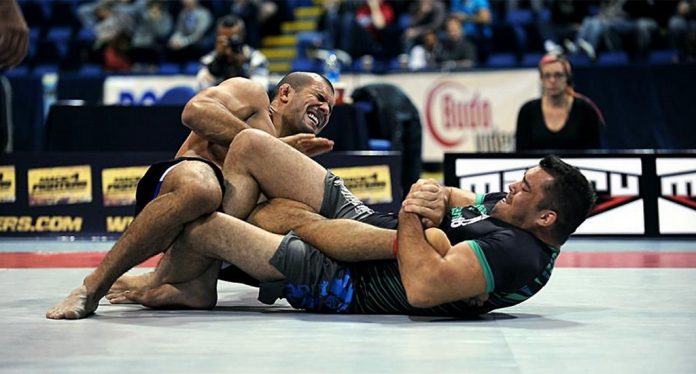 Ever since Eddie Cummings started claiming people’s legs in competition, the grappling world has turned its attention to the leg locks game. The influence of the Danaher Death Squad is unquestionable, but so is their secrecy. Apart from that Joe Rogan interview, neither John Danaher nor his students disclose the details behind their leg lock game. They have every right to do so since it’s how they win tournaments. Even during seminars and private lessons, the Renzo Gracie crew keeps their secrets well hidden. So, what the grappling world is left with is reverse engineering. At least until Coach Danaher sees fit to release his groundbreaking heel hook details.

Before we go further into the how and what of the heel hook submission, let’s make something clear. Although it is one of the highest percentage submissions in Jiu-Jitsu, the heel hook is not the holy grail. The Danaher Death Squad are very well versed in both other kinds of leg locks and other submissions in general. Remember that the submission hunting game is a complex one, including a variety of systems and strategies. That said, having a great leg lock game based around the heel hook is always a big advantage. When we’re talking about the inverted heel hook from the 4/11 this is even more so the case.

Our Review Of The Most Comprehensive Heel Hook DVD Available: https://bjj-world.com/craig-jones-down-under-leg-attacks-review/

As the BJJ saying goes, it is always position before submission. In the case of Danaher’s Jiu-Jitsu philosophy, it is “control before submission”. The 4/11 is an ashi garami or leg entanglement position that offers supreme control over the opponent. The position originates from Sambo, where it is known as ‘The Saddle”. However, there are significant differences in both control and attacking between the original and modern position.

The idea behind control in the 4/11 is nothing new. The concept is to use your whole body to completely isolate one of the opponent’s limbs. As with an armbar, for example, your own legs play a huge role. They are the strongest part of our bodies and therefore offer the most control. In the 4/11 you have your legs triangled around one of your opponent’s legs. The triangle is then locked in between the opponent’s legs. For the best control, your shin needs to be on the opponent’s hip fold, with your knee on the ground. The other leg should be triangling the first one at a slight angle so that it tightens the triangle. Furthermore, remember to push into the ground with this leg in order to completely immobilize the opponent’s hips.

The arms also play a crucial role in controlling the position. What I found really increases the control in the 4/11 is placing a grip on the tendons of the hamstring, just above the opponent’s knee. To do so, you need to use the arm that is closer to the floor and keep your elbow in. Along with proper leg control, this is going to prevent every escape your opponent attempts.

Danaher’s double trouble principle has to be mentioned here as well. until you’re ready to finish, always control the free leg with your top arm.

Now, that you know how to control the 4/11 position let’s pay closer attention to the heel hook. The heel hook is a highly technical submission that requires a lot of knowledge in order to be performed correctly. The old Pride heel hooks, as effective as they once were, are not enough in today’s control based game. You need to truly understand both the control position (in our case the 4/11) and the heel hook itself. Only then can you hope to achieve success with this powerful submission.

The heel hook is a twisting submission that places immense pressure on numerous structures of the leg. Despite their name, most of the damage of heel hooks happens in the knee. Primarily damage occurs inside the knee joint, particularly in the ligaments. It acts very much as a wrench in terms of mechanics. Twisting the foot while pinning the hip joint and controlling the knee joint transfers force upwards to the knee. That is why the structures of the knee are the first to give way.

Let’s pick up where we left off. You find yourself in a perfect 4/11 position. You have a great triangle, knee on the floor, a grip behind the knee and control of the free leg. Now you’re all set for the inverted heel hook. Well, almost.

The point of controlling someone is breaking their will. Once they know that they can’t escape, only then should you go for the kill. In terms of getting the inverted heel hook from the 4/11 you’ll first need to dig the heel out. Having great control means your opponent is either going to go for your grips or try to hide the foot. To get the correct grip you need to focus on trapping the opponent’s toes between your triceps and latissimus muscle. When trapping the fingers, it is important to make sure that they’re not extending past your armpit. This trapping motion is going to pop the heel right out so you can place your grips.

In terms of grips, there are three major grip combinations for finishing the inverted heel hook. The first is the “generic” heel hook palm to palm grip. It is the “loosest” of the three but the easiest to obtain. Second, you have the butterfly grip which requires you to reach further on your forearms than the palm to palm grip. Finally, there’s the reverse butterfly grip, the tightest and most painful of the bunch.

In order to finish the submission first forget the old school way of twisting your torso. From a tight 4/11 and an even tighter grip, the first thing to look for is to bring your clasped arms towards the center of your chest. Next, tighten your elbows and shrug your shoulder. This will get you a tap in most of the cases. When you’re up against a particularly tough opponent, you might need a bit more work. After you shrug, you’re going to look to lift your hips upwards, using the foot that’s on the floor as a power source. From there, you first think about hip extension and pulling the gripped heel towards your face. Only after all of these checkpoints, you’ll look to twist towards the floor.