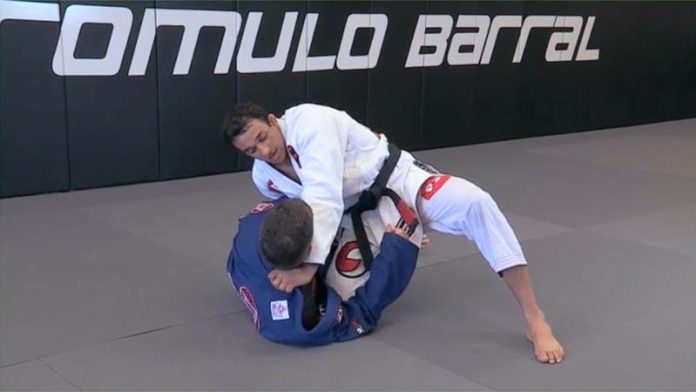 Did you train BJJ today? If so, you most likely rolled, at least a couple of rounds. Now, I can’t tell you everything that happened in those rolls, but I can all but guarantee that in each one of them, either you or your partner ended up attempting, or completing the knee cut pass. It is a pass that is so widespread (and effective) that rarely a roll goes by without someone going for it. With the emergence of the leg lock game, the pass just became even more popular, given that it serves as an entry point into the Inside Senkaku position. But what happens when you’re on the receiving end of the pass? Check out several knee cut pass defense options to test out anyone thinking they can pass your guard.

Knee cut pass defense is not hard, but it is not simple either. There are several “sticking” points in the past, and there’s no guarantee you’ll manage to mount your defense before the top person completes the pass. Luckily, options include defenses that are effective early, in the middle, and in the late stages of the pass. However, there are grip fights and body positing battles that you need to win if you’re to defend the pass. The knee cut is effective because it is hard to stop, but it is far from impossible to prevent.

The Pass Everyone Loves To Use

Why does everyone use the knee cut pass? It works and is uncomfortable for the bottom person. Those are good reasons. However, there’s more to it. Way more. The knee cut pass works because of several things that give it a huge mechanical advantage. However, before I get into those, I want to touch on another subject that makes this pass of widespread – entries. The pass is easily available from a host of different situations, and more importantly, from a bunch of different guards with just slight adjustments. That makes it accessible, on top of effective. 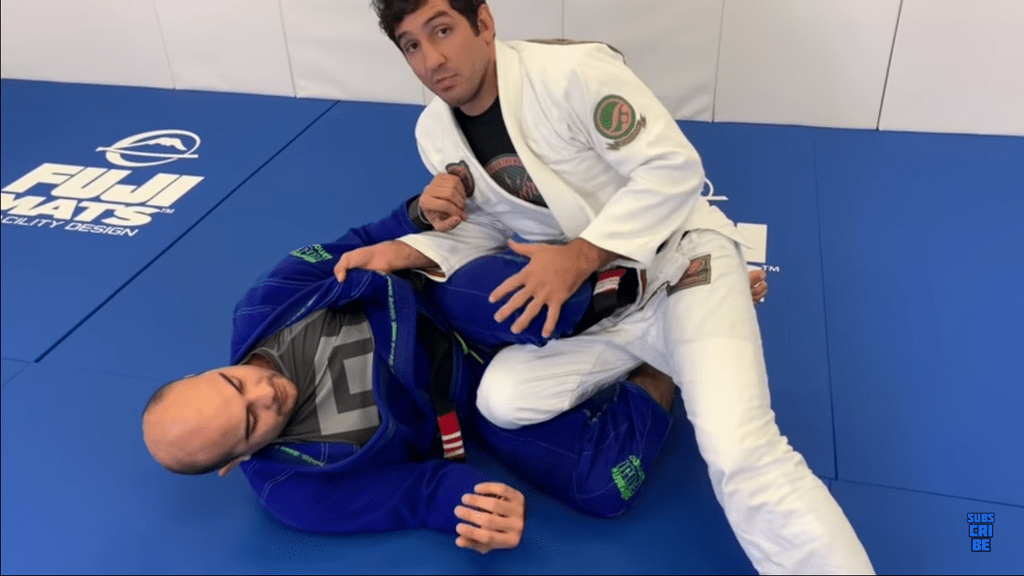 Why does the knee cut pass work? First of all, you have the staple element of the leg. Those that know how to use the pass, can make themselves really heavy on that bottom leg. Another aspect of the pass that is absolutely imperative to its success is getting the far side underhook. In fact, I’ll go as far as claiming that is the most important part of the pass. That far side underhook is the one single thing that makes this pass so difficult to defend against.

Another aspect that makes this pass different from others is the fact that people can hang out midway through it, or even consider other passing options, or leg locks. This provides the knee cut with a moment of stability and makes knee cut pass defense even more challenging. Actually, it makes knee cut pass defense challenging if you’re not aware of all the things I just wrote about, If you know them, though, it is an entirely different ball game.

After all, it wouldn’t be BJJ if we couldn’t turn strengths into weaknesses, right?

How do you mount a successful knee cut pass defense? Win the grip fight. This is absolutely imperative regardless of what technique or concept you’re using to actually defend the pass. When I say grip fight I actually mean a very specific one – the grip fight for the far side underhook. Since it wouldn’t be really wise for you to go for an underhook of your own. All you want is to control the wrist of the opponent’s arm that is supposed to get the underhook. If they can’t get it, you’ll be able to mount different defenses and /or counters at different stages of the knee cut pass.

Secondly, you need to know the weak points of someone that is in the knee cut position. Balance is one thing, weight placement through the staple leg is another, and hip positioning (of the opponent) is the third one. There are more, but these three will be crucial when explaining the knee cut defense options I’m sharing next.

Do you think you can’t use the hip escape against a knee cut pass? Think again. It is actually the perfect motion to get you out of the leg staple with ease. Remember that the leg staple only makes sense if there’s also an underhook. So, getting the wrist grip on the near arm means you’re in control of your inside space and can go for a hip escape.

One thing to remember is to keep a hold of that grip. The hip escape knee cut pass defense is done in the simplest way possible – place the free leg on the ground and shrimp away. Once your knee is free from the staple (you’ll be surprised at how easy this is) you can place the top leg over the arm, or directly on the hip and recover any guar you want.

This Firas Zahabi guard hybrid is actually the perfect knee cut pass killer. It is a hybrid from the Reverse De La Riva and completely blocks the pass by utilizing the staple leg weight management weakness. As long as you manage to sneak the bottom arm underneath your knee, there will be no way for the opponent to get to a meaningful knee cut pass position. This is one of those early knee cut pass defense options that don’t just block the pass but also opens up lots of attacking options for you without having to re-guard.

This is one of the simplest knee cut pass defense options and the first one I ever learned. Once again, you should have the wrist grip, but a frame across will also do the trick. If you control the arm, you’ll prevent the opponent from heading into leg locks, when you lower your top leg so that you place your knee behind their but. The weakness you’re exploiting here is balance, and the goal is to bump the opponent forward by hitting them with the knee in the butt. This will take their weight off your leg, so you can get an underhook of your own, on the leg or the torso, and actually sweep immediately or get the back.

Finally, a very late stage knee cut pass defense that I particularly enjoy doing. This one has to do with the hip positioning of an opponent. Once they go into the pass itself, their hips will sag to the ground, which means their head will come very close to your torso. All you need to do, if you’re late grabbing the arm and feel the opponent sliding through is get a collar tie grip on the head with your top arm and try and touch their forehead to the ground, Even if they’re past your legs, this action will topple them over, giving you top position with ease.

Knee cut pass defense is something that you need to practice in order to get good at it. The pass is powerful and with all the Gi grips available in particular it can be difficult to figure out which defense option to use. The good thing is that all these defenses tie into each other since there are defenses for every stage of the pass. Simply put, drill them long enough and you’ll laugh knee cut passes off.

Jiu-Jitsu Weight Classes: Moving Up And Down