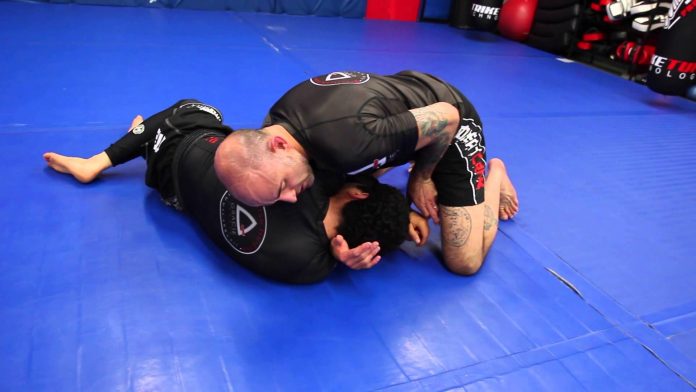 My personal favorite choke in Brazilian Jiu-Jitsu is the Darce. It came about as a solution to getting undrehooked from half guard and turned into my most dangerous weapon over the years. It is very rare that someone can get out of my Darce, or prevent it. When I get everything right, that is. However, I am most certainly not able to catch everyone I roll with. There are some Darce choke defense moves out there that will cause you to look into other neighboring chokes to broaden your submission threat. So, while I am offering ways out of the Darce for those looking for it, I’m also steering those that love the choke into a more submission-rich territory.

Darce choke defense is not an easy thing. However, you do have to have it in your arsenal, particularly now that the Darce and all front headlock chokes are quite popular. Oh, and yeah, even if you roll Gi-only, you’ll need a Darce choke defense system. If having a Gi on makes no difference to me, imagine what Darce aficionados like Jeff Glover or Edwin Najmi can do with it. So, in survival terms, a couple of defenses are a must for modern BJJ. The good thing is, that there are simple ways of making sure you don’t tap to every Darce you get caught in. 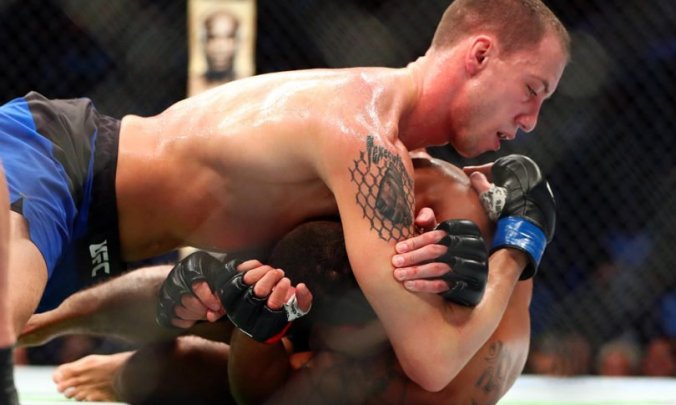 I could probably write a book (short e-book that is) on the subject of the Darce choke for BJJ. In essence, the Darce choke is an arm triangle. Looking at it from a broader view, it is a triangle choke. This is important as the category a strangle falls into is very important in understanding it’s underlying mechanics. Along those lines, a triangle choke requires your body part (leg, arm, etc) on one side of the neck and utilizes the opponent’s own shoulder on the other. This is what makes or breaks any triangle choke, including the Darce.

Let’s look at the front headlock Darce. For the choke, you want to sneak your left arm (for explanation purposes, could be the right) under the right armpit of the opponent. The goal is to have your fingers peek out on the left side of their neck. This is where your other arm should grip, with any of a myriad of grips. Let’s say it is the palm to palm grip. The second arm is positioned so that the forearm runs across the back of the neck/head.

To get into a Darce finishing position, you need to topple the opponent over, to the side of the grip. Once down, you can really synch in the choke by looking to grab the triceps of your top arm, with the arm that’s threaded under the armpit. To finish, think about the Macarena dance and try to touch both your shoulder with both your palms, Macarena style. You’ll also need to shift your body so that you face the head of the opponent. This pushes their shoulder in their neck, which in turn, ensures you get a strangle.

You can see that Darce choke defense can be quite hard given the tight mechanics. However, it is far from impossible.

When it comes to Darce choke defense, timing is your best friend.  You need to understand when the Darce enters into “weak spots” that you can exploit to get out of the choke. It will take an understanding of the strangle itself to be able to effectively mount a Darce choke defense, but that comes as a given. The moments you need to be looking for to defend a Darce are either very early, before the arm threads through, at the moment of the grip transition (from palm to palm to a figure four), and an option for when you’re too late for both.

Very, very early, you need to be aware of that all-important choking arm that looks to thread in. the half guard is the perfect spot to explain this from. When you’re on the bottom trying to play underhook half guard, you have to be wary of the Darce. The moment you feel an arm is trying to sneak in, the solution is very simple – grab that arm with your top arm. Try to really close the elbow so that you trap their arm.

Mind you, people that have been doing Darces long will find a way through, and you can use it against them. When they try to free themselves from the grip, use the control over the arm you have to sweep them to the side. All you need is a turn and a hip escape.

This one takes place in the middle when you are not sure what’s going on. Form a front headlock, an opponent usually controls one arm and the neck. the moment you feel they are to the side, and there’s a “bar” behind your head, they’re preparing to get to a Darce. However, they’ll need to either go under you (which is really hard) or turn you over like in our example above. the moment they turn you over is when you mount your Darce choke defense. During this transition between grips, you can easily bust out with good timing and lots of practice.

The move itself involves you placing the bottom arm on their knee, to prevent their hip from coming to close. Then, you simply walk the hips forward, trying to shovel underneath them, and turn to the other side. You won’t always get a sweep, but you’ll end up getting out of the choke. The catch is, if you’re late and the figure four grip is already in, you’ll only end up tapping sooner. As I said, timing is everything.

When you’re on the bottom, deep in a Darce and you know it will soon be time to tap, you still have a glimmer of hope with this particular Darce Choke defense. This defense works by giving you time to get out because it removes the shoulder from your carotid artery. Doing it is simple – grab your thigh with the arm that’s involved in the choke. To really open up space and make the Dare impossible to finish, turn to your belly after you grip the thigh.

There are several ways of breaking out once you’re here, like rolling over and extending your head. However, it may just be smarter to stay there, since you’re safe from the strangle. People will have to try and move you to re-adjust, which is when you get out with ease.

If you want to become good at Darce choke defense, the key is to do the choke more yourself. This is true for any submission defense training. The moment you know where the Darce choke’s weak spots are, you’ll be able to exploit them in a way that suits your game. Until such time, though, you have three different Darce choke defense options that work at different stages of the submission, go test them out!