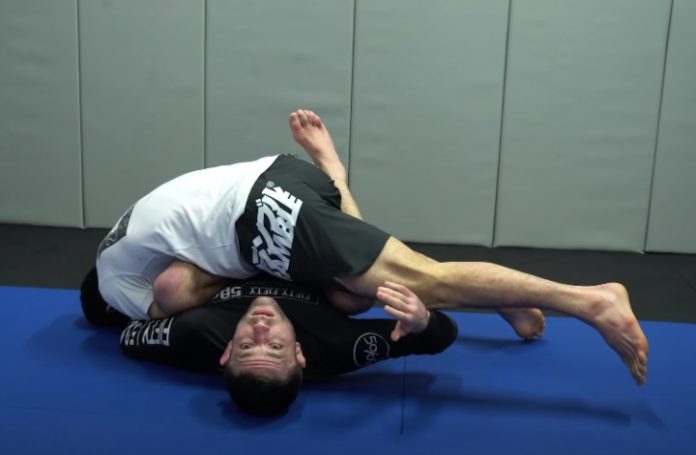 The half guard is the safe spot for most people in BJJ, whether it is Gi or No-Gi. It tends to be the position people favor over the closed guard, probably because of the options it offers. From the half guard, you can attack, defend, stall, do whatever you want. Moreover, it is way easier to get to than the closed guard, or any of the complicated open guards of today. In terms of attacks, half guard sweeps are among the most reliable moves you can make. Today, we’ll take a look at the Shaolin sweep and why it should be your go-to half guard sweep.

While the half guard is a position that is easy to get to and hold, and there are plenty of variations of it, actually attacking from there requires some finesse. The fact that an opponent has a low base with their knee so nth ground makes it quite hard to sweep them if you do not know-how. Luckily, there’s the Shaolin sweep. This sweep works like a charm because it utilizes movement and leverage, as opposed to explosive, forceful movements.

Moving In Half  Guard

If you want to become a high-level half guard player, you need to learn how to move when you’re holding half guard. While the half guard is a form of closed guard, thus guaranteeing you can keep someone in place, it is not a spot you can really hold for too long without doing something. The thing you need to remember is that the half guard will work for you if you move when you have it.

By movement from half guard, I mean purposeful, technical movement that helps you achieve a preset goal, rather than just flailing around. It doesn’t matter which half guard variation you are playing. IN most of them, having your knees close to your shoulders, and being on one side are the two key starting points. They will allow you to block the opponent from pinning you (because you’re on your side) and will help you generate movement (because of the fact you’re crumbled in a safe “shell”).

The final thing to remember about movement from half guard is that you don’t just have to move left and right. You can move towards your opponent as well, or try to get your opponent to go over your head. In other words, you have four directions of movement that work perfectly well. they work even better if you combine two or more into an attack, like the Shaolin sweep does, for example.

The Shaolin sweep looks really complicated when you first see it but is in essence, real simple. From half guard, you’re looking to create space, bate an opponent in, redirect their pressure, and roll them over your head, ending up in top[ half guard, or in a leg lock. Let’s go step by step.

First of all, you need to have a Z-guard or knee shield in. Next, you want to grip their far side hand with your top hand. The grip, in No-Gi, should be with your thumb towards the forearm. The Z-guard allows you to extended your hips, creating space and pressure that opponents don’t want. That means they’ll try to pressure in, looking to get back in a better position. This pressure is what you need to redirect them.

When an opponent pressures in after you extend the hips, simply remove the frame and use the grip on the arm to redirect them. There’s one key detail here – look to place the arm that’s holding their arm as near as you can to your hip. Like putting it in your pocket. This will ensure their arm is off the ground at all times, which is crucial. Now, you have an opponent perpendicular to you, lying on top of your legs. Your other arm should grip with an underhook on the leg that’ s out of the half guard. From there, it is easy to roll backward over a shoulder, ending up on top.

If you want to go for submission attacks you could use the Shaolin sweep to end up on top and immediately go for the 4/11 AKA Honeyhole position. The moment you end up on top, after rolling over your shoulder, you switch your hips, doing a long-step motion to scoop the leg and get into position. From there, you’re free to finish with your favorite leg lock. However, this is not a direction that is tactically smart. The Shaolin sweep gets you two points and top position, so going back with your butt to the ground should only be a Hail Mary option, or you should have an abnormally good leg lock game.

How To Succeed With The Shaolin Sweep

The first movement you do with this weep is to drag the opponent towards you. This is accomplished via the grip on the arm, and the extension of your hips. In No-Gi you grip the wrist, while in Gi, it is the sleeve. The goal of that grip is to pull your opponent forward. moving their center of gravity and pulling them forward. It is important that you make it a point to drag before you try to sweep, or you’ll have an opponent in base who might capitulate on your failed sweep attempt.

The moment when you release pressure and succeed in dragging the opponent is when you need to focus on keeping their arm off the ground. This movement helps you reach stage two – loading your opponent. Simply keeping your arm in your “pocket” will keep the opponent lying on your shins. Given that your legs are crunched on top of you, it means you’ve just loaded the opponent onto a spring that could send them flying in any direction.

The final portion of the Shaolin sweep is an extension. All you need to do after you’ve dragged an opponent into the loaded position is extend the legs. Once again, you do this from the hips, aiming to roll over your shoulder as you do. If you’ve done the drag and load correctly, nobody will be able to counter the overhead sweep and you’ll get your points and top position.

The Shaolin sweep got its name from Victor “Shaolin” Ribeiro.  The reason it works is that you go underneath your opponent’s center of gravity, like in the X-guard or deep half guard. No matter how heavy they are, you’ll be able to send them flying as long as you drag, load, and explode, and you put in your hours of practice to get all the technical details right.