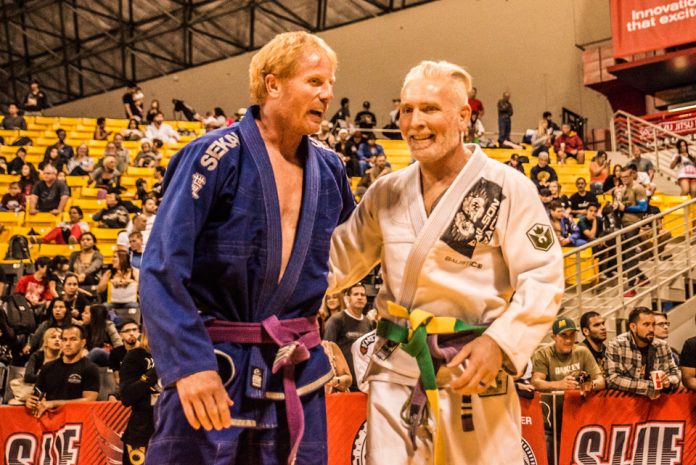 How long do you plan on training Brazilian Jiu-Jitsu? If you’ve spent at least a couple of years in the sport, you’re already bitten by the bug. It means you’re either pondering how to make BJJ a part of your life for years to come if you already haven’t figured a plan out. In that sense, there are plenty of different types of advice that you’ll get from people in regard to training BJJ for a lifetime. The thing with advice is that in a sport as individual as Jiu-Jitsu, it doesn’t quite work out the same for everyone. That just means that you need a more individualized approach to longevity training, like finding your BJJ style, for example.

Finding your BJJ style is a big part of the Jiu-Jitsu puzzle. However, there’s one thing many people fail to mention when they talk about styles: you won’t just have one throughout the years. The style you might have as a 23-year-old blue belt is going to be completely different for when you’re a 37-year-old black belt. Moreover, it won’t have as much to do with technique as it will with tactics. In any case, if you want to train deep into old age like Helio Gracie supposedly did, you’ll definitely need to figure out a style of BJJ that will allow you to achieve that goal. All other general longevity tips and tricks come after this.

Contents hide
BJJ Longevity: A Popular Subject
Finding Your BJJ Style
A Few Practical Pointers You Already Know
All In All

Longevity in BJJ is a subject that more and more people are addressing nowadays. I guess it comes with the territory, or better said time. We have more black belts in the world now than ever before. Not only that, but we also have black belts that are quite older, upwards of 70 years old. And they’re still training. Of course, most folks that train dream of being able to do the same down the road. However, if you take a look at how people in general roll, you probably wonder how could it work for senior grapplers? 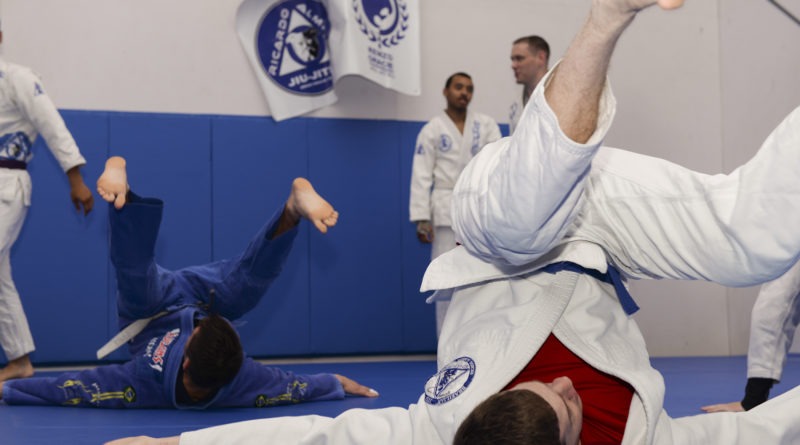 Usually, people talk a lot about food and or supplemental training and training intensity when it comes to BJJ longevity. Those are all valid points, but they won’t be universally applicable to everyone. People might not be able or willing to eat or train in a certain fashion that will help them develop athletic abilities that last a lifetime (or close to it). The technical and tactical advice in terms of training on the mats is also useful, but not universally applicable. Sometimes, you just don’t’ have the luxury to do specifically limited rolls, or choose training partners as much as you’d want to.

A more general, but individual approach has to do with finding your BJJ style. It simply means that you need to know how you train with everyone, regardless if they’re young, old, male, female, higher or lower belt than you. There are plenty of variables to consider, but finding your BJJ style ultimately has to begin with what you want to achieve, and what your needs/abilities/limitations are.

Figuring out a style of Jiu-Jitsu usually starts making sense to people somewhere in the middle of their blue belt days. Before that, trying to talk about a BJJ style would be as redundant as asking someone who is learning the alphabet what their essay writing style is going to be. After blue belt though, there’s space to think about a style. This usually has to do with athletic abilities, mostly revolving around strength, cardio, and or flexibility. At least at that period of your Jiu-Jitsu journey.

At purple belt, folks tend to develop grappling styles that are highly technical. This is the time people do a lot of guard work, meaning their style will be based on taking you for a trip through a spider’s web full of nasty traps in the form of sweeps and submissions.

Later on, at the brown belt, styles start to crystallize. They focus more on movement, pressure, fundamentals behind why techniques work. Once again, this is a big shift in style compared to the purple belt craziness, and is once again, absolutely essential for personal growth and progress. At black belt, though, is when finding your BJJ style really starts to matter. This is the time to figure out your individual needs and abilities and build a style around them, given that you have more than ample tools for achieving just that.

How do you go about finding your BJJ style? I just spoke about how individual it is, but still, I’ll share some pointers that you probably already know, but haven’t truly incorporated in your game. Before that, let me just say that people who start training at an older age, like for example in their 50s, don’t have to go through the athletic phases of BJJ styles. They should just try and do the things that make sense to them and don’t leave them battered at the end of the day.

Having fun. If it is not fun, there’s no point in doing it. When you’re working on finding your BJJ style, you have to know what is fun and entertaining for you. Only when you figure those things out, whether it is movements, techniques, concepts, or tactics, you can start thinking about what is efficient.

Lose. As easy as that. If you want to be able to do BJJ for a lifetime, you have to find a way to roll with an intention of losing a match. That doesn’t mean giving things away, but it does mean not trying to defend everything as your life depends on it. Go in there, and try to lose in the most technical way possible. That, you can do for a lifetime. 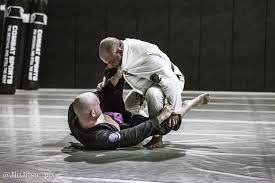 The simpler, the better. Do you know how many things your body has to do in order to perform a Berimbolo? At the same time, for the “idiot sweep”, you just have to push slightly with your arms. The point here is that the simple stuff will work way better than the overly complicated modern things that rely on athletic abilities. And yes, that includes lapel guards given the demand on grip work they require.

Training partners. If you choose the training partners that suit your style, you’ll be safe to train for a long time, but won’t always progress. At one point or another, you’ll have to shuffle the deck and roll with people who might seem like they’re too much. There are ways of rolling with aggressive or even more experienced partners safely. All you have to do is keep working on your own style, regardless of the outcome.

Supplemental training. While absolutely not necessary, supplemental trading outside of the gym might be helpful to your style. It doesn’t have to be modern-type training like UFC fighters use though. Simple bodyweight stuff, perhaps gymnastics, or some Yoga routines are more than enough to keep you on the mats for many, many years.

Finding your BJJ style is much more important than just your competitive success, or how good you fare in the gym. It has to do with how long you’ll be able to train Jiu-Jitsu and at what level. The important thing to remember is that it doesn’t matter if you’re banged up and have been going about things the hard way. It is never to alter to change your style and individualize it so that it fits your needs perfectly. Regardless of what happens on the mats, your number one goal is being able to be on the mats, rather than tapping everyone out, right?