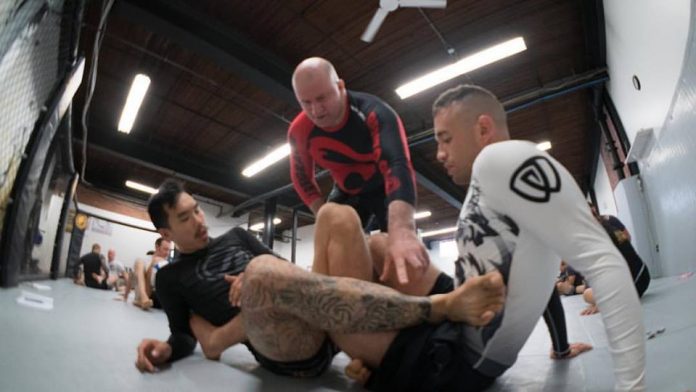 Contents hide
“Jiu-Jitsu is an elaborate means of handicapping an opponent in ways that strongly undermine and degrade their athletic potential resulting in an unfair advantage in our favor which can be exploited to gain victory.” This sentence alone is enough to provide an insight into his depth of John Danaher’s philosophy and approach to the gentle art of Brazilian Jiu-Jitsu.
John Danaher
John Danaher Philosophy of Jiu Jitsu
Control before submission
High percentage submissions
Drills and improvisation
The Danaher Death Squad

“Jiu-Jitsu is an elaborate means of handicapping an opponent in ways that strongly undermine and degrade their athletic potential resulting in an unfair advantage in our favor which can be exploited to gain victory.” This sentence alone is enough to provide an insight into his depth of John Danaher’s philosophy and approach to the gentle art of Brazilian Jiu-Jitsu.

The ever growing submission only scene is the main playground of the notorious Danaher Death Squad, although not their only one. The team centered around the profound teachings of Coach John Danaher has made some astonishing accomplishments. Eddie “The Wolverine” Cummings blasted the team to fame, closely followed by the always entertaining Gary Tenon. The Ryan brothers are the next generation of prodigies, with Gordon (aged 22) getting gold (weight) and silver (absolute) at the ADCC and Nicky (just 16) being the youngest ever ADCC competitor.

But, what makes everything come together is Coach John Danaher. The highly developed brains behind the whole operation, Danaher has managed to keep tightly to himself. Available for privates and classes at the famous Renzo Gracie Academy in NYC, the BJJ guru has created one of the best competition systems for grappling. Let’s take a sneak peak into the nuts and bolts of the most successful Jiu Jitsu philosophy of modern times.

A Renzo Gracie black belt, Coach John Danaher started training BJJ at the ripe age of 28. A 250 lbs weightlifting bouncer, he was wrapping up a Masters Degree in Philosophy when he discovered Jiu Jitsu.  Needless to say, the sport appealed to the highly cerebral New Zealander and he was on the hook.

At purple belt, Renzo gave him a teaching position at the academy, sparking the development of today’s most prominent instructor. Taking upon himself to become the best instructor possible, John Danaher completely dedicated himself to Jiu Jitsu. He got his black belt in 2002.

Famous for his eccentricity along with the always present rash guard (he even wore one at Matt Serra’s wedding), Coach Danaher has become a symbol of modern BJJ. He’s also been Georges St. Pierre’s BJJ coach throughout his career.

As previously mentioned, Danaher has managed to keep to himself. Given today’s exposure through social media and technology, this is nothing short of a feat of wonder. There are no videos available of Coach Danaher demonstrating techniques, nor any instructional series. The Danaher philosophy of BJJ can only be learned from the man himself, at Renzo’s NYC academy. However, the enigmatic black belt offers great insights into his teachings through his social media posts. For those willing to read them, at least.

First and foremost, coach Danaher preaches the concept of attacking the whole body. Many consider him as the creator of today’s most efficient leg locking system. None the less, Danaher’s philosophy extends well beyond just heel hooks. As demonstrated by his Death Squad in various competitions, his system also encompasses vicious back attacks, precise guard offense as well as an impressive array of takedowns.

Despite highly specializing in certain aspect for Jiu Jitsu, Danaher sees potential submissions in every body part. According to him, the body has to be attacked as a whole, in order to obtain one’s favorite move. Strangles, upper and lower body joint locks should be used in unison in order to break down an opponent. Focusing on only one of these aspects results in a strong defensive display by the opponent.  Using all of them as a complete system creates confusion in the opponent, providing openings for efficient finishing. However, in order to be able to create distractions in an opponent’s mind, one must equally master every aspect of this system.

Not opposing the traditional “position before submission” concept, Danaher offers a more effective modification. Namely, he believes that position is not as important as control is, before the application of a submission. He regards control to be a foundation skill of grappling.

When speaking of control, Danaher places emphasis on controlling movements more than controlling positions. First and foremost in his system is the control of both one’s own movement as well as that of their opponent. Skill should be developed around control opposed to power. When one has a high degree of control over the opponent, one can choose how much power to apply and the timing of that application.

Insufficient control, on the other hand, leads to the use of large amounts of power, i.e. lots of energy. The result is an unsafe environment, one in which obtaining a submission hold turns into a feat of luck and strength, opposed to knowledge. Every submission offers an extraordinary amount of control, subject to precise positioning.

The members of the Danaher Death squat are famous for being submission hunters. We already demonstrated that their system has more to do with control and strategy than submission hunting. However, submissions do play an important role in their grappling system.

Coach John Danaher’s philosophy revolves around 15-20 families of submission holds. This is a refined selection of the most successful types of moves for high level competition. During training, the team focuses on perfecting the mechanical details of these submissions as opposed to just going for them. Danaher’s selection favors moves that require the least amount of training time to master and apply in competition.

When speaking of “families of submission holds’ John Danaher refers to all the variations and setups that are associated with a certain move. For example, the Americana is a shoulder joint lock that is subject to plenty of variations and constitutes one such “family”.  Danaher focuses on teaching students how to develop a profound knowledge of these families and use them as a coherent system.

The principle of obtaining positional dominance over an opponent is by getting a tight fit in relation to their body. The best way to develop this ability is through drilling the mechanics of a move. Coach Danaher, unlike many, doesn’t focus on repetitions or time spent doing a certain drill. He favors the level of the mechanical form with which a student executes a certain technique. He considers a drill to be sufficient when the student accomplishes satisfactory mechanical form.

During drilling sessions, Coach Danaher makes sure he emphasizes the main points of a technique. Only when students understand the context of a move and all the associated errors, they can drill effectively.

Although most of the drills done under tutelage of John Danaher involve learning precise algorithms of movement, he doesn’t shy away from improvisation. He believes that the mindset of an athlete defines their improvisation abilities. When an athlete has a goal in mind, they take any given situation as a means to achieve that goal. Opposed to just following a pattern of technical algorithms, improvisation calls for the ability to adapt while applying a certain system.

If there are any doubts about the efficacy of John Danaher’s system, the example of Gordon Ryan is one to settle doubters. Namely, after winning ADCC the young prodigy has had a very busy few weeks. In the month of December only, he first defeated Ralek Gracie in Metamoris. Then, Ryan became the EBI absolute champion (again), defeating elite competitors along the way. Only a week later he defeated highly accomplished grappler Yuri Simoes via choke to finish the year in style. Oh, and he’s only 22. 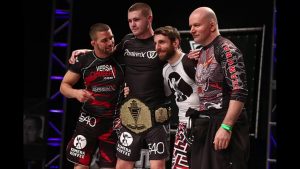 This article depicts only a small fragment of John Danaher’s brilliant system and is by no means comprehensive. It is my insight into the philosophy of arguably the greatest Jiu Jitsu coach ever, whom I look up to immensely.