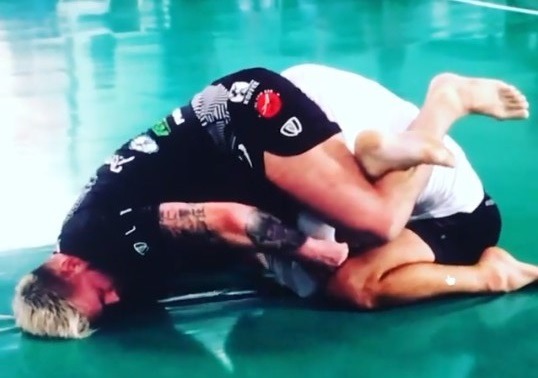 Gordon Ryan fulfilled his promise that he will submit Ralek Gracie, Metamoris Promoter, with an armbar or triangle.

Gordon Ryan posted on Facebook. “I will submit Ralek with one of 2 moves in between 10 and 18 minutes. The first move being some kind of triangle and the second being a variation of an arm bar.”

Nine minutes after the match started and Gordon Ryan’s complete domination, Ryan managed to get on Ralek’s Gracie’s back and submit him with a Triangle from the back.

After the match was over both fighters complimented each others with humility. As this Metamoris probably earned more than any Metamoris before, Ralek Gracie will finally be able to give money to athletes he owned money from previous Metamorises.

I was in attendance to witness "King" Gordon Ryan @gordonlovesjiujitsu submit Ralek Gracie via rear triangle in just over 10 min, just like he predicted at @metamoris in Torrance, CA. Maybe he should change his name to "The Psychic", lol! It was another IMPRESSIVE performance by the current best no-gi grappler in the world!!! Good luck to @ralekvision on getting out of debt! He's making up for his mistakes. #gordonryan #ralekgracie #metamoris #metamorischallenge #bjj #bjjlifestyle #graciejiujitsuacademy #graciejiujitsu #danaherdeathsquad #adcc #jiujitsu #grappling #submissiongrappling #renzogracieacademy #bjjtraining #bjjtechnique #ebi #mma #ufc #sambo #judo #wrestling