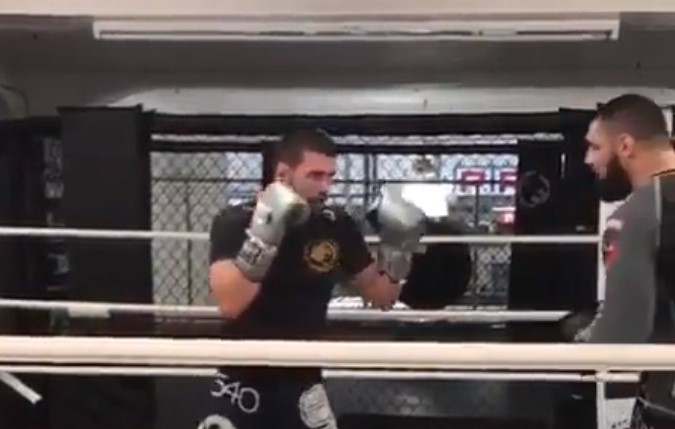 As we can see in video below Tonon is prepairing for his MMA debut and this is what he said in september 2015:

“It’s official, I will be attempting to make feather weight for nogi worlds this year. I plan to have an MMA fight within a year and I will likely be fighting 145 so this will be a good test to see if i can handle the cut.”

And today Tonon stated: “My MMA journey begins, not a bad crew to start it with.”

My MMA journey begins, not a bad crew to start it with. Very excited to help out with #GSPvsBisbing camp #Repost @georgesstpierre (@get_repost) ・・・ Im lucky to have an all star team to train with today. Thanks to @FrancisCarmont, @yukinoriakazawa, @mark_cerrone, @carl_massaro, @jakeshields, @danaherjohn and @garrytonon!

Some time a go we could see Garry Tonon in ground and pound experiment and we could see that he was doing very well from the Jiu Jitsu point of view but we couldn’t see his MMA skills. How good will that look in a real MMA fight it’s left for us to see but we wish him a good luck!