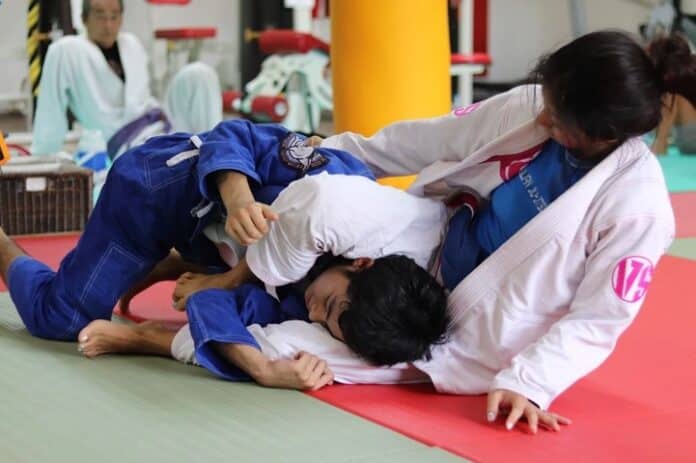 BJJ is often a great solution for kids being bullied, with the latest example coming from Peru, where a bunch of BJJ kids stood up to bullies in order to protect their deaf friends.

The Guardian Peru project is a Jiu-Jitsu gym in Peru that focuses on training kids in Jiu-Jitsu. It is also the origin point of a great BJJ kids anti-bullying story, in which a kid who trains regularly ended up being protected by his Brazilian JIu-Jitsu teammates at school.

Gym founder and catch Salvatore Sanguinetti shared how a kid named Anderson’s mother came into class, telling the coach that Anderson did not want to go to BJJ or leave the house because he was getting bullied at school.

“Anderson is a kid that came through one of the students… He is deaf and he has these motor coordination issues. But his mind is brilliant, you know? He is a kid that has been underestimated for a long time,” shared Sanguinetti.

Sanguinetti spoke with the other BJJ kids in class after asking the mom to bring Anderson back again:

“I said: ‘No, you stop this and you just bring him here. And I’ll talk to him.

And he told me: ‘I don’t want to come because they beat me up in the school.‘”

He went on to share what he told the other BJJ kids in the class:

“After that, we sat down with everybody and I said: ‘You know, you guys have this brother, this teammate that is with you guys. So, anytime you see something happening to him, you must take a stand and take him away from that situation. Stand up for him.’

And that’s what they’ve been doing since then.

He’s been coming to class happy since that day… And the kids tell me: ‘Hey, nothing happened this week. He’s okay. In the school, they know that we train so nobody gets close to him.’”

The comradery fo the BJJ kids has helped Anderson not only deal with bullies but become extremely efficient on the mats as well, gaining confidence and feeling happy to express himself:

And he spreads that smiling to the whole class. He makes other kids sensitive to this type of situations, and it’s very impressive how he can give you hope for other kids to come.
He knows that he’s protected by his friends, you know?”